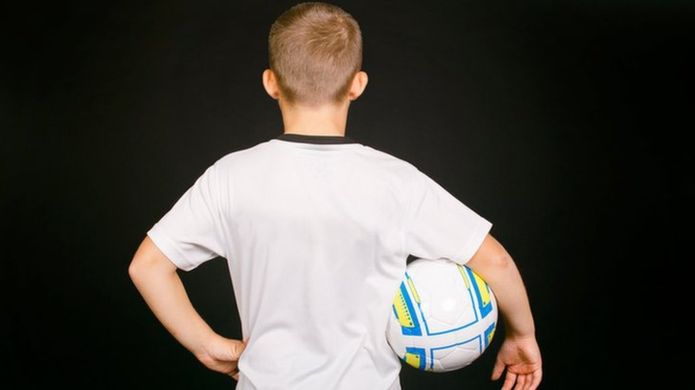 The National Police Chiefs’ Council said a “significant number of calls” were made to forces after several former players made allegations of abuse against coaches.

Its figures are based on information about existing investigations as well as referrals from a new NSPCC helpline.

The charity said the hotline has received 860 calls in its first week.

Within the first three days of it launching, the organisation made more than 60 referrals to a range of agencies across the UK.

That was more than three times as many referrals as in the first three days of the Jimmy Savile scandal, the charity added.

How do you talk to your children about sexual abuse?

The Football Association has announced an internal review and a number of football clubs are conducting their own inquiries.

Fifteen police forces have confirmed they are investigating allegations of historical child sex abuse in football.

They include the Metropolitan, Greater Manchester, North Yorkshire, Scotland and Cheshire forces.

Outlining the police action to date, NPCC lead for Child Protection, Chief Constable Simon Bailey said the number of victims was currently “indicative” and information was still being collated.

He added: “We are working closely with the Football Association to ensure that the response to this significant and growing number of victims, at all levels of football, is co-ordinated effectively.

“We continue to encourage those who have been the victim of child sexual abuse to report it, regardless of how long ago the abuse may have taken place.”

He said all reports would be treated “sensitively and seriously” and urged anyone with any information to come forward.

Meanwhile, former Newcastle United footballer David Eatock has become the latest to say he was abused by coach George Ormond.

He told the BBC’s Victoria Derbyshire show he had been groomed by Ormond, later to be jailed for six years, between the ages of 18 and 21.

Mr Eatock, now 40, was not part of the court case that saw Ormond convicted in 2002 of assaulting seven boys, but he has now filed a complaint to police.