How convenient for the Berlin Police to arrest the wrong man! 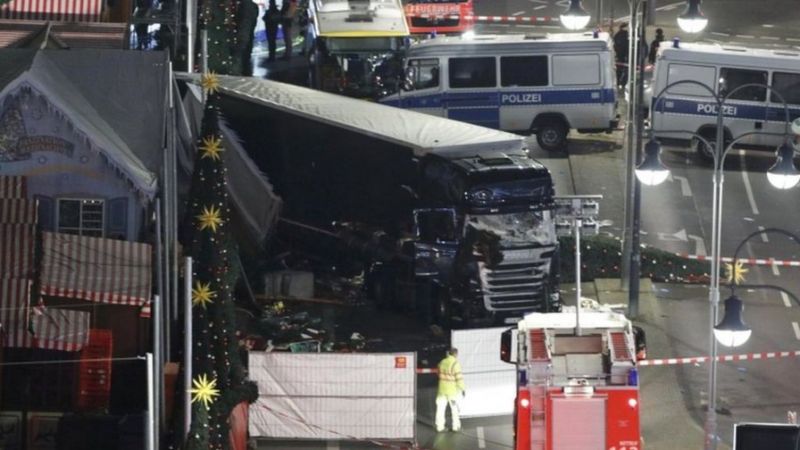 How convenient for the Berlin Police to arrest the wrong man!

In the latest gaffe for German authorities, one which could further impact Merkel adversely if confirmed – something the Euro confirmed when it just tumbled to fresh 13 years lows –  moments ago Die Welt reported that according to German police, the man from Pakistan who was arrested as a suspect in the attack on a Berlin Christmas market that killed 12 people on Monday was not the actual perpetrator.

Police in the German capital questioned a suspect arrested near the scene who they believed was the driver of the truck that rammed into crowds on a square in the heart of west Berlin. The individual denied any involvement and the investigation by Germany’s federal prosecutor, who steps in on terror cases or other major crimes targeting state security, is ongoing, according to Interior Minister Thomas de Maiziere

“We have the wrong man,” said a senior police chief. “And therefore a new situation. The true perpetrator is still armed, at large and can cause fresh damage,” the paper quoted the source as saying.

The source said that all police and special forces units in Berlin have been informed and put on high alert.

Police urged Berlin residents “not to follow dangerous developments on your own,” asking them to report any suspicious activity to law enforcement officers.

Shortly after, Berlin police chief Klaus Kandt admitted the mistake, saying the suspect apprehended in truck attack on Berlin Christmas market may not have been the driver.  “It’s not yet certain whether this is really the driver,” Kandt tells reporters in Berlin Kandt says if suspect isn’t implicated, police will pursue an assailant “who might still be at large.”

The temporary arrested suspect denies the offense.
Therefore we are particulary alert.
Please be also alert.#Breitscheidplatz

Bloomberg adds that the prospect of a terrorist suspect still at large puts further pressure on Chancellor Angela Merkel to do more to guarantee the German public’s security. As reported earlier, in a nationally televised statement in Berlin earlier Tuesday, Merkel said that people across Germany were mourning after the “horrific and unimaginable” deaths and injuries sustained, and pledged to use the full force of German law to bring the perpetrators to justice.