Why is the British Media always interfering in the US presidential elections? 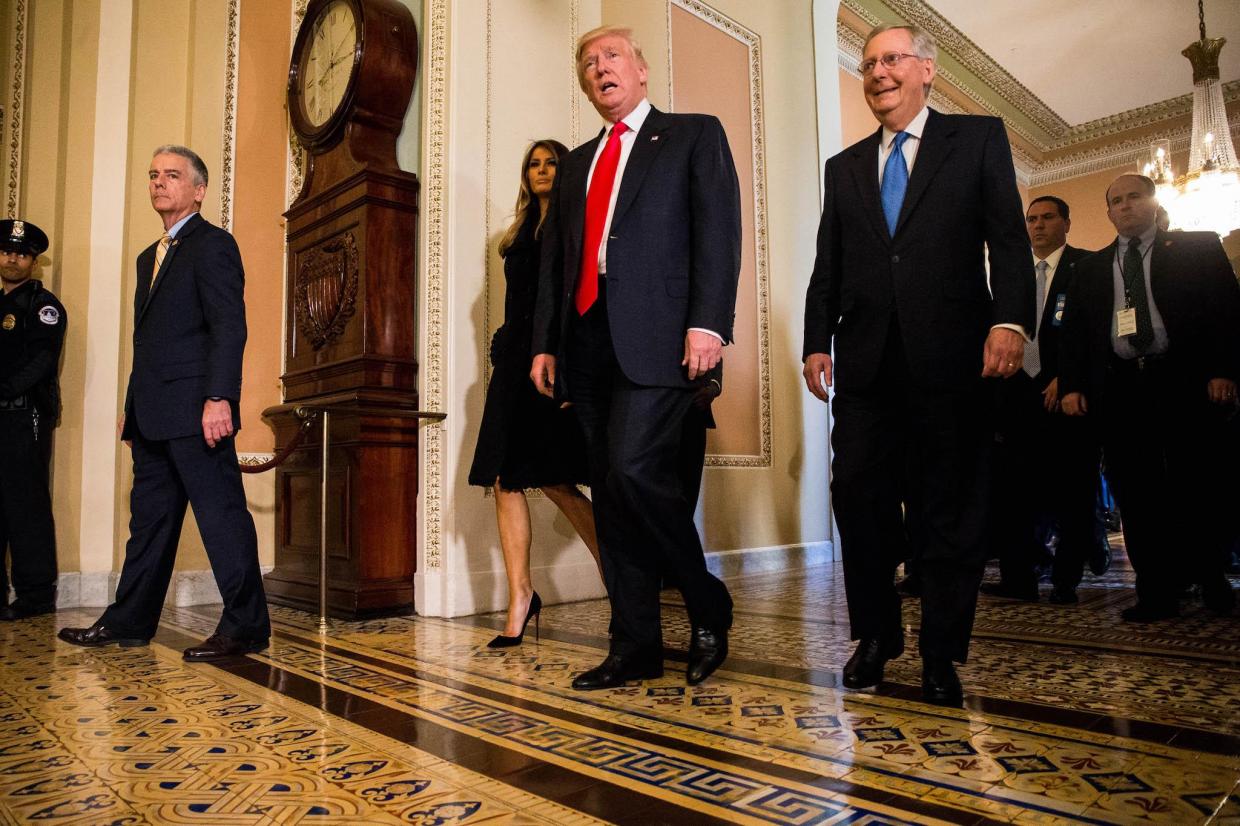 Why is the British Media always interfering in the US presidential elections?

Donald Trump could be impeached within weeks, claims legal professor

Donald Trump could be impeached within weeks, according to at least one legal professor.

There is a strong case for the beginning of legal proceedings that would stop Donald Trump from being president, says law professor Christopher Peterson.

A paper from Professor Peterson says that there is ample evidence to charge the new President-elect with crimes that would see him potentially being removed from office.

Professor Peterson’s analysis was written in September, before Mr Trump became president. But the argument makes it applies after the election, too.

The paper revolves primarily around Trump University, the school that the President-elect set up and then closed down in 2010. It faces numerous lawsuits – one of which will see Mr Trump take the witness stand in coming weeks – and argues that Mr Trump’s behaviour laid out in those lawsuits could be grounds for lawmakers to impeach their new President.

At the very least, the problems will cast a shadow over Mr Trump’s status as President-elect and then as President, Professor Peterson says.

“In the United States, it is illegal for businesses to use false statements to convince consumers to purchase their services,” explained Peterson. “The evidence indicates that Trump University used a systemic pattern of fraudulent representations to trick thousands of families into investing in a program that can be argued was a sham. Fraud and racketeering are serious crimes that legally rise to the level of impeachable acts.”

Actually having Donald Trump impeached requires a whole new set of processes. Public opinion and that of lawmakers must turn against the president, since the proceedings must begin with the House of Representatives.

If Donald Trump were impeached, it’s likely that his Vice-President, Mike Pence, would take over to lead the country.

Petitions have already been created asking that Donald Trump be removed from office.

“Donald Trump has won the 2016 presidential election,” write the creators of a petition posted online under the title ‘Impeach Donald J Trump’. “It is clear something is wrong here if an openly homophobic, racist, xenophobic and sexist individual can become the most powerful man in the world.”

Just that petition has been signed tens of thousands of times and is addressed at the US Congress, the US House of Representatives, Barack Obama and “The People of the United States”.

“Make it clear you do not want this man leading our free nation. Donald Trump as POTUS is a danger to the entire world,” the authors write. “By signing this petition you are taking your stance and requesting the immediate impeachment of Donald Trump – to remove his position as President of the United States of America.”

Most impeachments have been for behaviour committed while in office. But it does appear to be possible that a President could be impeached for issues that arose before they actually came into the White House.