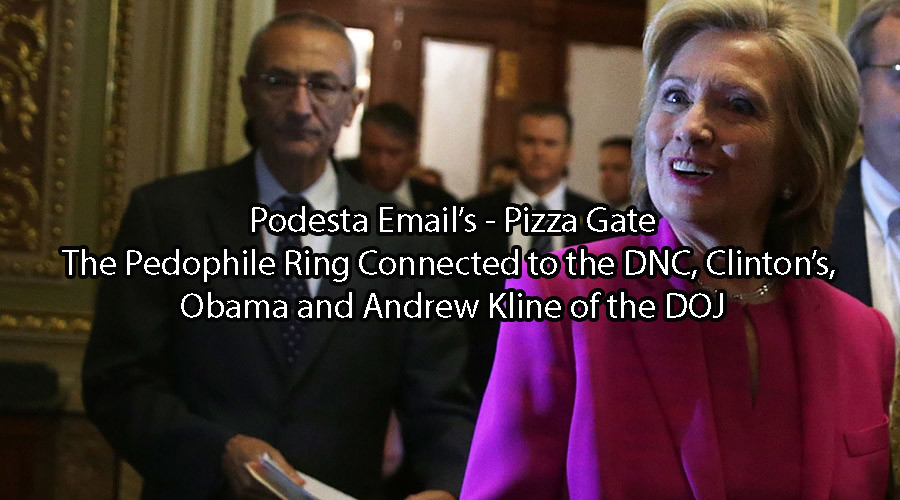 I recommend this article: PIZZAGATE: The Scandal That Will Take Down the Clintons, the Democratic Party and the U.S. Federal Government

Some key points in 3 minutes:

Following up these 9 and 11-minute videos, and a hypothetical conversation of the absolute inversion Americans have about “leadership,” we can be absolutely clear about .01% crimes centered in war, looting, and lying.

Demanding arrests as the required and obvious public response rather than ‘voting’ for more rogue state empire:

The categories of crime include:

US military, law enforcement, and all with Oaths to support and defend the US Constitution against all enemies, foreign and domestic, face an endgame choice:

In just 90 seconds, former US Marine Ken O’Keefe powerfully states how you may choose to voice “very obvious solutions”: arrest the criminal leaders (video starts at 20:51, then finishes this episode of Cross Talk):

Solutions worth literal tens of trillions to ‘We the People’:

Note: I make all factual assertions as a National Board Certified Teacher of US Government, Economics, and History, with all economics factual claims receiving zero refutation since I began writing in 2008 among Advanced Placement Macroeconomics teachers on our discussion board, public audiences of these articles, and international conferences (and here). I invite readers to empower their civic voices with the strongest comprehensive facts most important to building a brighter future. I challenge professionals, academics, and citizens to add their voices for the benefit of all Earth’s inhabitants.