No Matter Who Won, The 2016 Election Has Exposed A Terrible Truth 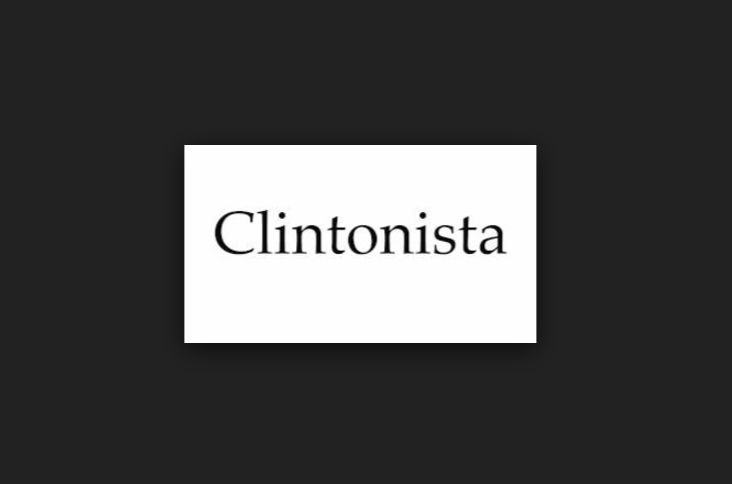 No Matter Who Won, The 2016 Election Has Exposed A Terrible Truth

The whole world is utterly shocked that nearly half of the
American people would support such a career criminal,
inveterate warmonger, pathological liar and criminally
insane psychopath

Truly, the 2016 U.S. presidential election has revealed the most inconvenient truth of the millennium.

That almost half of the American electorate was so deceived and ignorant that they would cast a vote for Hillary R. Clinton (HRC).

How utterly stupid and self-destructive can so many people be.

Even in the Information Age of the Internet, these people proved themselves to be extremely low information voters.  Or, they prefer to wallow in extreme self-deception. There is no excuse for these voters to be so oblivious to the truth with a World Wide Web operating at full tilt.

What other excuse do these exceedingly irresponsible voters have?

That they would be so reckless as to support a politician who is determined to start a war with Russia, which has only worked assiduously for peace in the world.

That they would support a candidate who has mishandled state secrets and government property in the most reckless and unaccountable way.

That they would support a woman who terrorized other women who were the victims of her husband’s sexual predation, to include even rape.

That they would be so lacking in morality that they would back an individual who is zealous in her promotion of late-term abortion, where in some cases living fetuses are left to die on the operating table.

That they would so lack good judgment about a person who clearly suffers from some serious diseases to include Parkinson’s disease, Subcortical vascular dementia and Post-concussion syndrome to name but a few.

That they would so blind to the plight of the Middle Eastern nations that have been transformed into a dystopian, post-apocalyptic wasteland because of the direct actions of HRC the Secretary of State.

That they would be so dismissive of the Pay-to-Play selling of her office at State as it collaborated with the Clinton Foundation to basically promote a family business which took advantage of being a charitable NGO.  Unconscionable enrichment of the Clinton Crime Family at the expense of trusting donors does not count to these voters.

That they would completely ignore the many grim realities and sordid details of Emailgate, Servergate, Benghazigate and Weinergate is so beyond the pale that these voters are hopeless.  Even Watergate, Travelgate and Whitewatergate seem to have no bearing for these voters much less the blow to the nation that was Monica Lewinskygate.

Tearing of the social fabric

In light of the aforementioned it is now clear to those of us who know what time it is that the major TV networks could literally run video during prime time of Mrs. Clinton at 42nd and Broadway shooting up a bank after robbing it and these lost folks would not be swayed.

Yes, they are that thoroughly addicted to deception and mesmerized by the perpetual propaganda spewed by the MSM.  They have seemingly lost their critical thinking skills from drinking too much ultra-liberal kool-aid.  It seems that common sense has fled their ilk as the ability to use their God-given gift of human reason has also.

Truly, this voting bloc has demonstrated to the world community of nations why democracy is always fated to fail — miserably — in the long run. That’s because the body politic will always be dumbed down to the very lowest common denominator as seen by the incredibly stupid people who voted for crooked Hillary Clinton.

The bottom line of this discussion is that no nation can survive such utter idiocy lest it become an idiocracy.  Witness the deplorable condition of the State of California.  Or New York.  Or any other state that has given into ultra-liberal policies and left-wing politics.  All of them have been slowly transformed into their own type of Sodom and Gomorrah. And yet, these citizens think nothing of the social degeneracy and moral bankruptcy that surrounds them.  They care not a whit about the widespread sexual depravity and lack of ethics everywhere.  Theirs is the overly permissive society where freedom means the right to do whatever they damn well please.  Their hero is the most lawless president in U.S. history—Barack Hussein Obama.

So this is what they really want, and this is exactly what Mrs. Clinton had promised to deliver.  Quite inconceivably, the Clinton voters are perfectly fine with the irreparable tearing of the social fabric for another four long years.

Now the reader ought to understand the comment that appears with greater frequency across cyberspace—the “mental disease of liberalism”.   It’s really true that these poor souls have lost the capacity to make simple decisions about what is right, and what is wrong.  And the nation will suffer dearly until this situation is addressed in a meaningful and decisive way.

Every person who voted for Hillary Clinton needs to have their head examined.  For real! These people have lost the capacity to use good judgment. Their ability to discern between what is good and what is bad for the country has been severely diminished.  Consequently they cannot be trusted, and they should be treated as such until they demonstrate otherwise.

Anyone who would so callously expose the global village to the tyranny of a Hillary Clinton really doesn’t deserve the right to vote.  In a word, they are dangerous—very dangerous! Not only to themselves and to their greater community, but to the world-at-large.

Now the $64,000 question is: What are we going to do with these lost souls?   More importantly, what can we do with them as so many seem to be hardcore and incorrigible Clintonistas?

Editor’s Note
This piece was written well before the outcome of the 2016 U.S.presidential election was known.