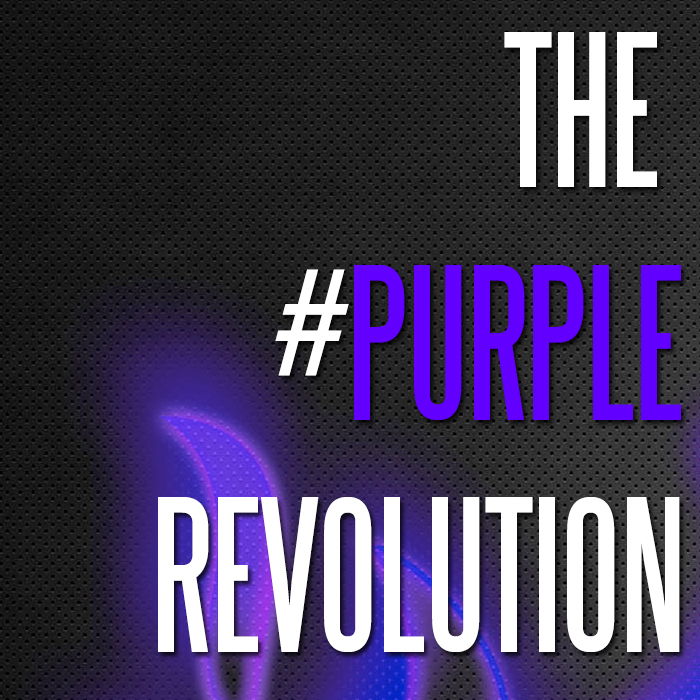 …Courtesy of George Soros,
the Clinton Crime Family,
and the Obama Administration Note the imperiousness of Hillary Clinton and the pensiveness of Jesuit-controlled Bill Clinton and Jesuit-trained Tim Kaine of Liberation Theology fame.  Clinton herself is looking up at the horizon at her future stolen [IMAGINARY] victory.

The Purple Revolution Must Be Stopped Before It Really Gets Started

Isn’t it extremely odd that neither the POTUS nor ex-Candidate Clinton
have tried to discourage the nationwide riots and protest?!

Truly, it was only a matter of time before a CIA color revolution was staged right in America’s own back yard.

As a matter of historical fact, the US Department of State in collaboration with the CIA, DIA and NSA has carried out so many color revolutions around the globe over the past century that it boggles the mind.  Hence, the seeds of karma have been insidiously planted only to emerge as the tree of destiny now being experienced by every U.S. citizen.

First, Obama was permitted to execute a slow-motion tearing of the social fabric throughout the USA now known as the Obamanation.  His creation of various Czars and installation of key appointees guaranteed that a Stasi state would be surreptitiously built. The resulting quasi-communist, part-fascist progressivism known as “political correctness” has taken the United States into a place not too different from the USSR. Had Hillary R. Clinton won the election, the USSA would have manifested as a full-blown socialist A M E R I K A.

The Soros-Clinton-Obama Crowd Will Not Stand Down

Everyone and their brother have always known that the Clintonistas WOULD NOT LOSE THIS ELECTION, gracefully or otherwise.  That they would not tolerate a Trump victory even when he won by an electoral vote landslide.  Paid fanatical anarchists and agents provocateur simply don’t have to accept the democratic result of a free and lawful election—just ask George Soros.

Only by understanding that it was the big Soros money and serious social engineering initiatives that were directly behind the Obama presidency in the first place can the real conspiracy to destroy the American Republic be correctly comprehended.  More importantly, it’s crucial to apprehend the true enormity and profundity of this multi-decade plot to take over the US by the NWO ruling cabal.  Soros is only the face of this clandestine scheme; the actual depth and breadth of this worldwide criminal organization is much larger than any Fortune 500 company. The vital point here is that there is no reason for the Soros, Clinton, Obama and the Democratic Party to cease and desist from implementing a color revolution in America. They practically own and operate the entire Government-Corporate Complex after 8 years of deliberate co-option by the Obamabots and Clintonistas in positions of power and influence in every sphere of life.*   As follows:

*SERCO, is a massive British transnational corporation and key corporate
entity within the U.S. Military-Industrial Complex that is being utilized to
implement a critical piece of this plot to take over America.  This is, after all,
a plot run out of the City of London, as most of them are. (SERCO: A Corporate Octopus With Tentacles Wrapped Around The Globe)

While George Soros has been executing his color revolutions across the planet for years, he has been painstakingly cherry-picking the most effective tactics to employ here in the USA. The fabricated race riots and engineered protests during Obama’s second term were just dress rehearsals for the big event.  #BlackLivesMatter was funded and established by Soros as the terrorist arm of his treasonous movement.  How easy it has been for him to enlist the many destitute and dispossessed black youth after he helped trigger the ongoing Great Recession.

The entire Arab Spring was also manufactured in the very same way…and in the very same capitals of the Zio-Anglo-American Axis.  Soros simply manipulates the politicians in London, Washington and Tel Aviv to do his bidding where it concerns the necessary warmongering and economic sabotage to motivate the youth to protest and riot, terrorize and fight.  In fact, it was Obama’s Presidential Study Directive 11 that served as the blueprint for the Arab Spring that was carried out by the Western powers (USA, UK, Canada, France, Germany and Israel with Saudi Arabian funding/recruitment and Turkish logistical support). The Clintons lead the charge from behind

The biggest post-election story turned out to be the Purple Revolution that was officially started by presidential losers Bill and Hillary Clinton.  Both Clintons show up at the concession speech wearing a very deep purple—the traditional color of royalty. Apparently they both refused to accept that they were quite ignominiously dethroned as America’s First Couple by The Donald and his merry Trumpsters.  Why all the purple garb at Hillary’s concession speech?

In so doing they have set themselves up as Soros’s de facto leaders of a subversive movement to overthrow the U.S. Federal Government soon to headed by one Donald J. Trump.  This was an extremely serious gesture that cannot be ignored.  The electorate is now compelled to respond to this misguided Clinton message to subvert the will of We the People.

The Clinonistas, along with the Obamabots, will simply not take this loss lying down. Soros and Company have routinely employed the mainstream media (MSM) to both instigate and intensify the negative sentiments and violent actions that are being purposefully stoked against President-elect Trump.  If not gotten under control very quickly, this situation can devolve rapidly into another Maidan-type coup that Soros staged in Kiev to trigger the calamitous Ukraine Civil War.

As long as the Clintons and Obamas continue to maintain a high profile with their constituencies, the country will be vulnerable to any manner of Soros mischief.  There is no bigger prize for the NWO cabal than the USA; however, only with America’s destruction as a democratic constitutional republic will they be able to advance their New World Order agenda toward a One World Government. The Purple Revolution Must Be Thwarted and Terminated

There is really only one way out for the American people.  George Soros and Company must be arrested post haste.  Hillary and Bill Clinton must be charged with the many serious crimes that the whole world knows that they are guilty of.  Barack Obama must be removed from his office by impeachment and trial before January 20th on the basis of high treason, war crimes and crimes against humanity.

There is a critical window of opportunity for this criminal NWO cabal to hatch and execute their seditious plans.  As long as Obama sits in the Oval Office, this nation is exposed to exceedingly grave risks.  He has already demonstrated himself to be the most lawless and reckless president in U.S. history.  He has literally transformed this once great nation into a full-blown banana republic … without the bananas.

It was crystal clear to the patriots that Obama could not be trusted on January 21, 2009, and he certainly cannot be trusted until he leaves office on January 19th, 2017.  In short Obama is an extremely dangerous ex-president whose legacy will be left in tatters by President Trump.  Because Obama knows all of the law-breaking that he permitted his Administration to commit, he knows that it is only a matter of time that his crime spree is revealed for all to see.  He is also well aware that his arrest, trial, and severe sentence is the only outcome that he can expect.  Because he is a real coward, Obama will do everything possible to forestall his ignominious downfall.

Soros is taking full advantage of Obama’s extraordinary fear for the crimes that he did perpetrate against the American people and the world community of nations.  Heads of state throughout the world are cognizant of the egregious criminal activity perpetrated by the Obama Administration over 8 straight years.  Which is why Obama is taking up residence in Washington, D.C.; he needs to stay close to his enemies and the locus of power that he feels can still protect him. This primary purpose of this Purple Revolution is to hijack and re-channel the organically grown, grassroots-driven energies of the legitimate Second American Revolution (SAR) that has occurred with the election of Donald Trump.  Fundamentally, the nascent Second American Revolution (SAR) is a rebellion of the have nots against the haves.  Of the 99% against the 1%.  Of the working classes (both blue collar and white collar) against the wealthy elites.  Of the taxpayers against the tax thieves.  There was no other way for the ruling elites to effectively distract and divert and misdirect the disenfranchised from their serious SAR purpose than to stage a fake civil war. For it is with a civil war (cloaked with a Purple Revolution) that they seek to take the wind out of the sails of the genuine SAR which is taking place under Trump.

For those who are still basking in the victory of Donald Trump, or are blissfully unaware of the already begun Purple Revolution, it has never been so important to keep your wits about you.  Just like the Maidan Square in Kiev was stealthily set up and taken over by CIA proxies and US State Department surrogates, the Soros cabal is working triple time to prevent Trump from moving into the White House.  Their long-term plan cannot wait another four years for its unfoldment, especially after Trump eviscerates the unprecedented executive orders and other unconstitutional Executive Branch changes put into place by a tyrannical Obama.

At the end of the day, the Obamanation that was treacherously created must be completely destroyed. Every vestige of it must be swept into the ash bin of history and chalked up to a grotesque chapter of American history.  However, this can only happen with the pre-emptive exposure of the Purple Revolution.  The many traitors to the US Constitution at the highest high levels of the US Federal Government must be lawfully neutralized by every means possible and any means necessary with all deliberate speed.

Obama and Clinton have no choice but to close ranks during a Trump presidency.  They are both joined at the hip where it concerns Emailgate and Servergate, the most serious public breaches of national security in modern times.  The cabal set it up this way so that the Clintons and Obamas would be forced into a Purple Revolution partnership. Because Obama is as guilty as Clinton with respect to Emailgate, they are quite easily manipulated by the puppet-master George Soros. (The ONLY Reason Why Hillary Wasn’t Indicted: OBAMA Also Guilty Of Emailgate Crimes)