The Anglo-American Axis Comes Apart at the Seams in 2016

2016 has seen the free-fall collapse of the American Empire.

The pace of the ongoing collapse is both startling and unparalleled, even to the most seasoned of geopolitical analysts.

In fact the entire Anglo-American Axis[1] is now under withering assault from forces both within and without.

Pax Americana never made any sense

From any perspective the practical implementation and maintenance of Pax Americana was nothing but a pipe dream.  For a great number of countries within the world community of nations, however, it has become their worst nightmare.

How can one nation, even a superpower like the United States of America, ever hope to project its military might in such a way so as to police the global village?  Especially when the world has come to see in living color that “Might does not make right!”.

While Pax Americana may have worked for a relatively short period of time, such a flawed foreign policy is now destined for the dustbin of history.

Flanking Attacks from the East and the West

2016 has already seen Turkey leave the AAA reservation in the aftermath of the U.S.-coordinated coup in Ankara.  President Recep Tayyip Erdoğan didn’t take too kindly to his main NATO ally executing a violent coup d’état in his capital city.  He also didn’t appreciate his presidential jet being tracked by what were essentially NATO war planes.

The U.S. Military Used Incirlik Air Base To Stage Failed Coup In Turkey

Erdoğan’s quick pivot to the East was the greatest blow to the integrity of NATO since its very inception.  Particularly because the US military maintains a nuclear warhead arsenal there is this move a very serious development on the global geopolitical chessboard.  In fact, the Turkish realignment with Russia changed the whole game in a day and a night.

On the other side of the world the U.S. Empire has been crumbling from the Philippino effect.  The new president of the Philippines has made several very public remarks indicating a dramatic shift in that country’s relationship to the USA.

Philippine President Tells Obama “You Can Go To Hell, I Will Buy Weapons From Russia”

After uttering a variety of insults toward President Barack Obama, President Rodrigo Duterte has recently made it clear that the Philippines is aligning with Russia, China and presumably with the rest of the BRICS alliance.

In view of the longstanding relationship between the USA and the Philippines, this about-face is both stunning and extremely damaging to the recent pivot to Eastern Asia highly touted by Obama. The Philippines occupies a critical strategic location for both military purposes and international trade.  Such a loss of a heretofore loyal partner will have profound consequences to whole region.

The large multi-island nation is also a key player in the Southeast Asia Collective Defense Treaty, or Manila Pact, which was really an Anglo-American cat’s paw by which to control the entire Eastern Asian rim. In the wake of Duterte’s declaration to leave the American geopolitical sphere of influence, the future of The Southeast Asia Treaty Organization (SEATO) is great doubt.

Erosion of empire in the South

South Africa, one of the primary nations within the BRICS alliance, has just proclaimed its departure from the International Criminal Court (ICC).  This unexpected development will undoubtedly set the stage for many other countries which do not wish to be used to rubber stamp the many regime changes that have been carried out by the AAA leadership over the past 70 years.

The ICC is nothing but an international legal mechanism created by those who oversee the AAA foreign policy in order to quell any rebellions in the far reaches of the US-UK Empire. Quite ironically, the U.S. is not even a party to the ICC having “formally withdrawn its intent of ratification” in 2002.  And yet, the US Government constantly calls for the arrest of African ‘war criminals’ they have deemed dangerous to American interest (even though the leaders are clearly acting in the interest of their own country).

Considering the departure of South Africa alone may not seem like a very significant happening.  However, there any many other participants in the ICC who have likewise expressed their misgivings with being used by the U.S. Federal Government to do their dirty work around the globe.  They have finally figured out that such a lopsided war crimes prosecution body will only make the member nations new enemies.  It is the many leaders throughout the African continent that now understand how the ICC is systematically used against them for geopolitical reasons and military advantage.

The Anglo-American juggernaut has committed many war crimes

The Anglo-American Empire is in serious decline for many reasons, most of which are its own actions.  The numerous unprovoked wars of aggression that have been waged by the US and UK are unlawful and quite outrageous and  by any standard.  The world has come to realize that the global policeman — the U.S. military — has become a serial war criminal. Of course, it is always the London-based international bankers who are manipulating the Pentagon to fight their corporate wars for oil and gas, land and water.

All Wars Are Bankers Wars

Because the engineered wars in the Middle East have become so brutal in their violence on civilian populations, the international community has become aware that all terrorism is in actuality state-sponsored terrorism.  And, that the lead nations in the AAA (the U.S. and UK) are the primary sponsors of the ever-present worldwide terrorism.  In other words, the genocide and crimes against humanity perpetrated throughout the Mideast have been perpetrated by the Zio-Anglo-American Axis.

Such a growing realization has now alienated many nations — large and small — from the Anglo-American sphere of influence.  Many have quietly severed their traditional relationships with the U.S. in particular; others have left with a bang like the Philippines and Turkey.  The  discontinuation of the use of the US petrodollar has caused a HUGE blow to American ascendancy.  For it is only its (US$) status as the primary world reserve currency that the American military machine has been fueled both literally and figuratively.

There is no repairing their relations with the Anglo-American leadership as long as those warmongering leaders remain in their positions of power and influence.  The vast majority of nations now know that their people have been victimized by state-sponsored terrorism and war crimes committed by the US and UK, as well as by Israel, France, Canada, Germany and Australia.  Each of these AAA nations has either committed egregious war crimes or abetted them and covered them up.

The regional war in the Northern Levant clearly illustrates the misguided policies of Empire.   Both the Syrian and Iraq Wars have revealed the depth and breadth of complicity in one war crime after another committed against the indigenous peoples of the region.  The world community of nations is now well aware of who the aggressor is.

It is, therefore, only a matter of time that nations with a conscience disengage from the Empire.  They especially know, from watching the fake War on Terror that was inaugurated after the US government-directed false flag attacks of 9/11, who and why the Twin Towers were taken down by controlled demolitions. (The following link is provided for those who do not know.)

The same nations who have been terrorized by the AAA are also well aware of their intention to start the hot phase of World War III.  The have watched Russia, China, Iran and other nations become the victim of so much financial terrorism and economic sabotage, political intrigue and social engineering.  This worsening state of affairs has sensitized many to the determination by the AAA to jumpstart WW3.

However, unlike World Wars I and II, the BRICS-aligned nations are not willing to escalate the various regional wars into world war.  They are fully cognizant of the many plots afoot to exacerbate each conflict so that they will morph into regional wars on the way to World War III.  Nevertheless, those who populate the highest echelons of the Zio-Anglo-America power structure are on a mission to jumpstart their perpetual war economy.

There is no question that U.S presidential election holds the key to the future of humanity. Each candidate has made it clear where they stand regarding war and peace.  History has also educated humanity about the Democratic Party always being used to set the stage and prosecute the world wars and other big wars.  For it is always Democrat presidents who have been used for this purpose as the following article clearly delineates.

Very few realize that the events of 9/11 were highly prophetic.  The CONTROLLED DEMOLITION of the Twin Towers and Building #7 (See gif above) are above all an omen of things to come.  The stock market crash of 2008, as well as the subsequent Great Recession that continues to this very day, are only a foreshadowing of that omen.  The real “controlled demolition” of the American economy is right around the corner.  Because of the true nature of its systemic problems and fatal flaws, the entire Global Economic and Financial System is going down to the extent that it is based on the once Almighty Dollar.  To further understand the most profound message(s) of the 9/11 omen, please consult the following link.

9/11: An Omen for the Third Millennium 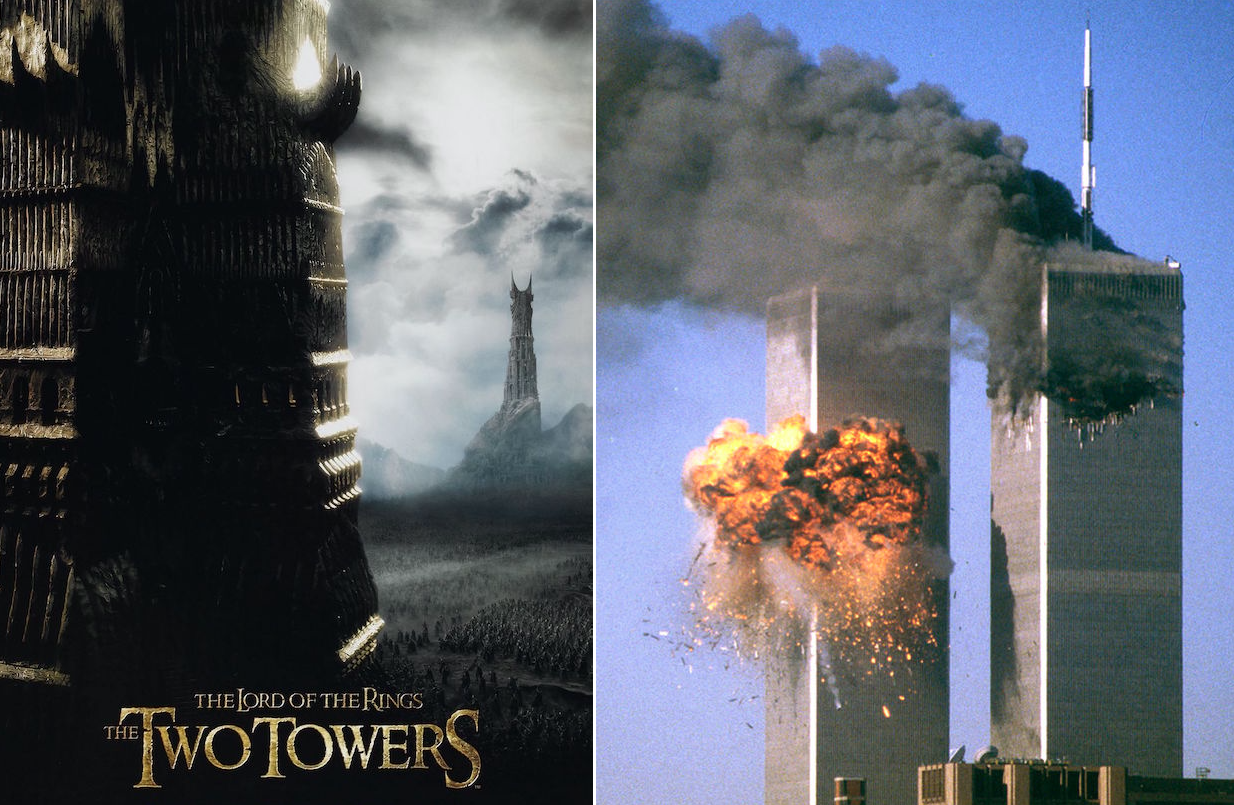 The Final Steps Towards Armageddon