OPERATION FIRESIGN: Clinton Campaign has a ‘life-or-death strategy’ in place to offset her ongoing poll crash

OPERATION FIRESIGN: Clinton Campaign has a ‘life-or-death’ strategy in place to offset her ongoing poll crash

The Millennium Report has determined that Operation Firesign is a hoax.

However, like many hoaxes there is a lot of information that is actually true. Therefore, we decided to leave this piece intact as it was originally written for full effect.

The critical point of this now obvious satire is that Clinton really is losing in the polls — BIG TIME!  And that the Clinton Campaign will do anything and everything to win this election. They really don’t care anymore how they are perceived, as long as they win.  The read below exaggerates just how mad for victory they have become.

The following Salvage Program was researched and prepared by a high-end, top-tier political consultancy group known as the Benenson Strategy Group with offices at 1901 Pennsylvania Ave NW, Suite 1000 in Washington, DC 20006.  See their other office locations below.

For anyone who doubts the authenticity of the report and its final recommendation please see this report (OPERATION FIRESIGN) or google “Benenson Strategy Group” and/or go to their main website as follows:  http://www.bsgco.com/. 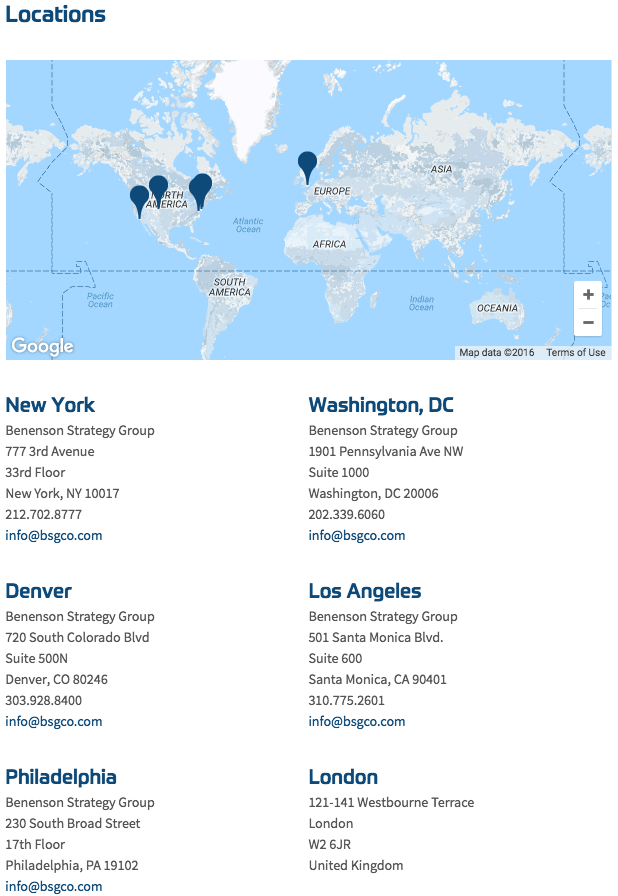 With this knowledge the reader can more easily understand the great import and extraordinary ramifications of the following internal report which was printed for their eyes only, as well as the top-level Clinton Campaign officials.

What the reader is about to read is an extremely accurate and current analysis of Hillary R. Clinton’s poll numbers collapse.  The data provided below is perhaps the most accurate on the Internet because it is the product of a real fact-finding process that consulting firms like Benensen are paid very well to conduct.

A distillation of the data simply indicates that the Clinton Campaign knows that Hillary’s candidacy is in HUGE trouble.  Her real poll numbers simply don’t add up.  So much so, as a matter of statistical fact, that she cannot even steal the presidential election.

Interestingly, Clinton’s predicament is quite similar to BREXIT just before that referendum took place on June 23, 2016.  The real poll data throughout England proper showed as much as a 70-30 split in favor of BREXIT.  The BREMAIN establishment could not steal the vote as they had planned to because it was too difficult to commit so much poll fraud and referendum crime so quickly and in a convincing manner.  So they let the true victor win the day—BREXIT.  However, it appears that Clinton & Company refuse to let Trump win the day on November 8th….

The Clinton Campaign is simply not willing to let Donald Trump win on election day, even by the expected landslide.  So, what have they done but planned the Salvage Program known as OPERATION FIRESIGN.

Exactly what is OPERATION FIRESIGN?

What follows is an excerpt from the official report prepared by the Benenson Strategy Group. 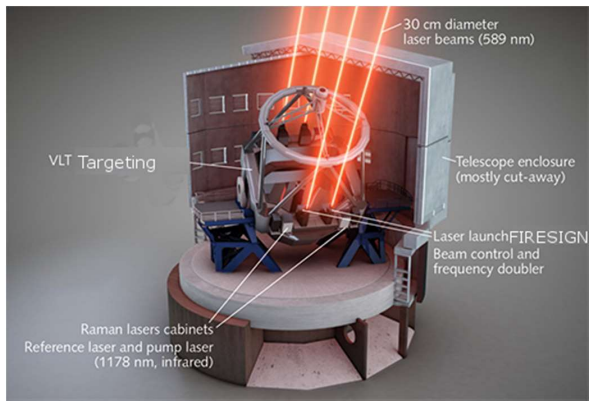 For almost two decades the Department of Defense and NASA have coordinated on a black book project under the codename FIRESIGN. FIRESIGN’s aim is to create a religious “awe effect” in enemy populations to create an instantaneous psychological soft-kill (abject submission). The operation uses high powered lasers to project real-seeming images on the sodium layer 100km above the surface. These images can cover hundreds or even thousands of square miles and can appear completely real, three dimensional, and can move.

These visual cues are augmented with pulsed ELF electromagnetic emissions (see: PROJECT SANGUINE) that attack the specific areas of the prefrontal cortex that are stimulated during religious experience. In limited tests, subjects have been able to be overwhelmed on both axis of vastness (an overwhelming of the subject’s frame of reference) and a powerful need for accommodation. The mix of these two will produce inaction, lack of focus on self or individual interaction, and gross transformations in mental equilibrium (a Road-to-Damascus Experience). 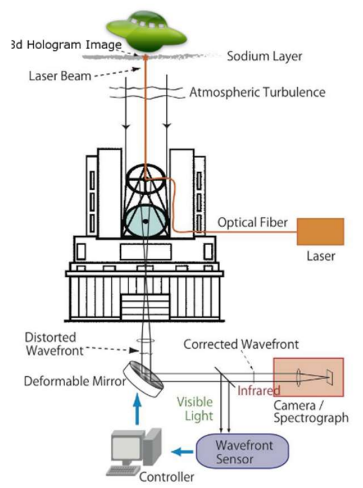 The ability to produce these effects across 23% of the continental United States is the objective of FIRESIGN and field tests in the Levant have proven successful. The FIRESIGN scenario is that of an invading extraterrestrial force of nearly incomprehensible scale (massive floating cities descending, god-sized “walkers” among the clouds with terrifying weapons, wheels of fire and eyes, etc.). This phenomena, when activated will bring electoral and social systems to a halt and, in afflicted areas, will permit a narrative wherein POTUS is able to “Call a halt” to the invasion and then “hand over the torch” to Clinton, providing a basic continuity of state. AFTERMATH The aftermath of FIRESIGN will be the psychological subjugation of areas where uprisings are most likely to occur. The induced trauma of FIRESIGN will provide ample cover to government and NGOs who will be “providing aid” (psychotropic to induce docility) and counseling services which will ensure further domestication. FIRESIGN will require a great deal of power, mobile command stations with nitrogen cooled super-computers, and the co-opting of the ELF arrays. We have created a schedule and teams roster that can be moved into position following the third debate.
(Source: OPERATION FIRESIGN: The ‘Salvage Program’ to Save Hillary Clinton’s Candidacy)

“No!” the reader was NOT reading a sci-fi novel.  The preceding excerpt constitutes the final recommendation of the Benenson Strategy Group to be implemented on behalf of the Clinton Campaign by NASA, DOD and all the other organs of the U.S. Federal Government which have collaborated on what is commonly known as Project Bluebeam.

As incredible as such a scenario may seem, Project Bluebeam is much more technologically developed than most well-informed scientists know.  As a matter of fact, there have been displays of Project Bluebeam as recently as the 9/11 memorial service in New York City this past September.

9/11/16: The Angel Atop Blue Beam and Project Bluebeam

Is this for real?

Yes, the Salvage Program is definitely for real.  Which begs the question: Is the NWO globalist cabal desperate enough to execute such a cock-eyed and crazy scheme?

What is the Blue Beam Project?

Given that they have literally propped up Candidate Clinton throughout this campaign season using all sorts of ploys and strategies, it seems possible that they would try anything possible.  Particularly in light of Hillary’s list of serious medical conditions, it appears that TPTB are quite determined to shoehorn her into the Oval Office.  Her known medical ailments include Parkinson’s disease, Subcortical vascular dementia, Hypothyroidism and Post concussion syndrome.  There are other serious health conditions which are still being analyzed and verified.

The point here is that the World Shadow Government seems absolutely intent on putting the Clintons back in the White House in order to prosecute the hot phase of World War III.  And they may even implement the latest version of Project Bluebeam to see through the final stages of their New World Order to a One World Government. 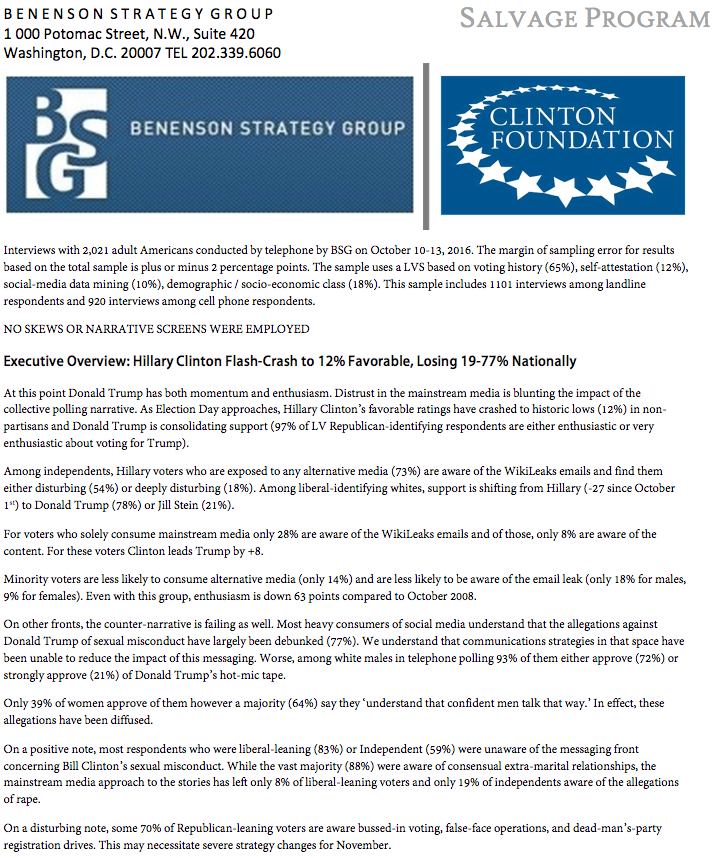 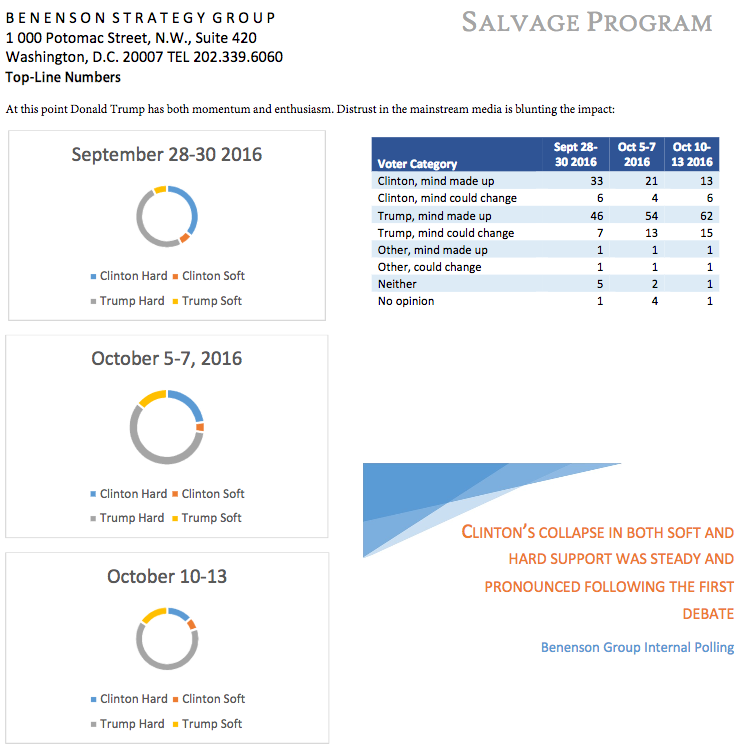 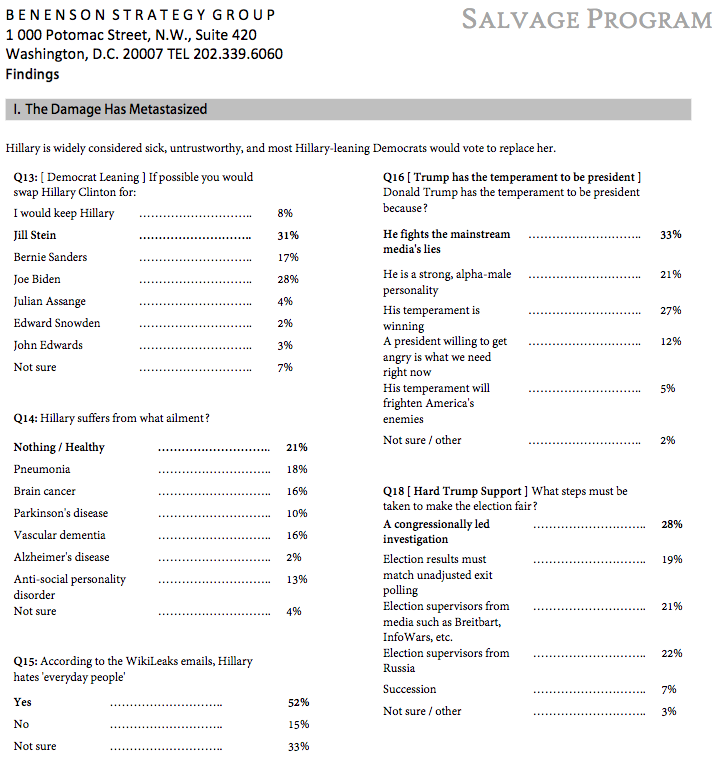 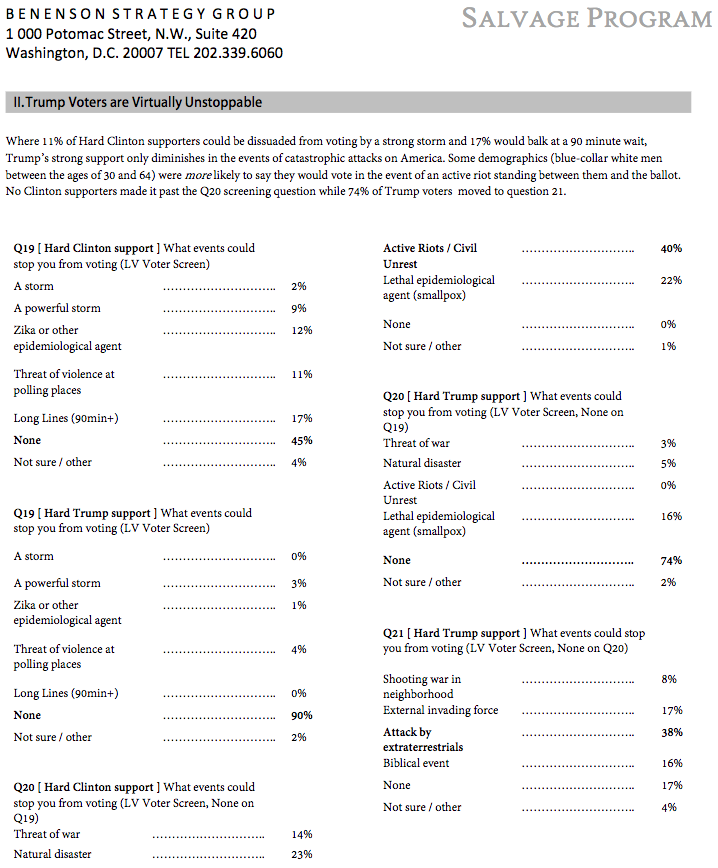 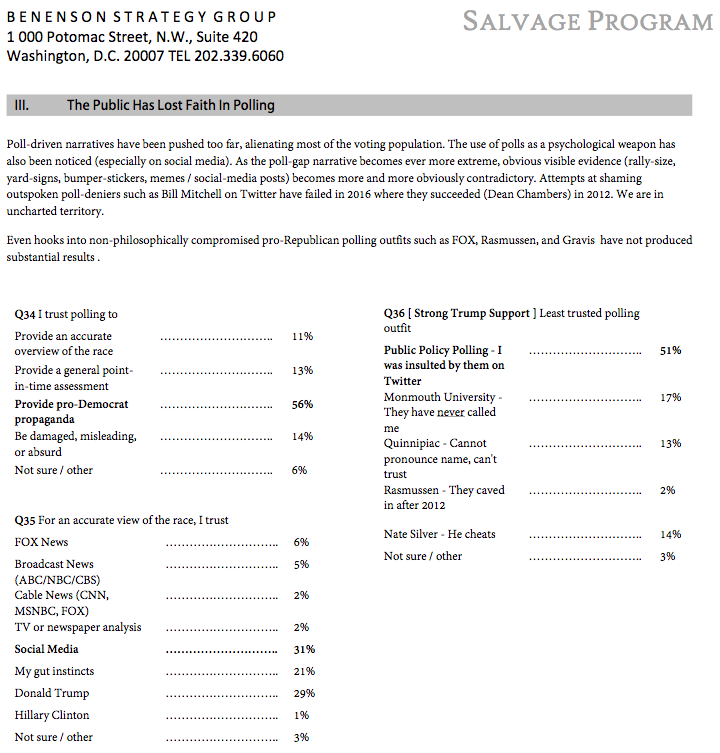 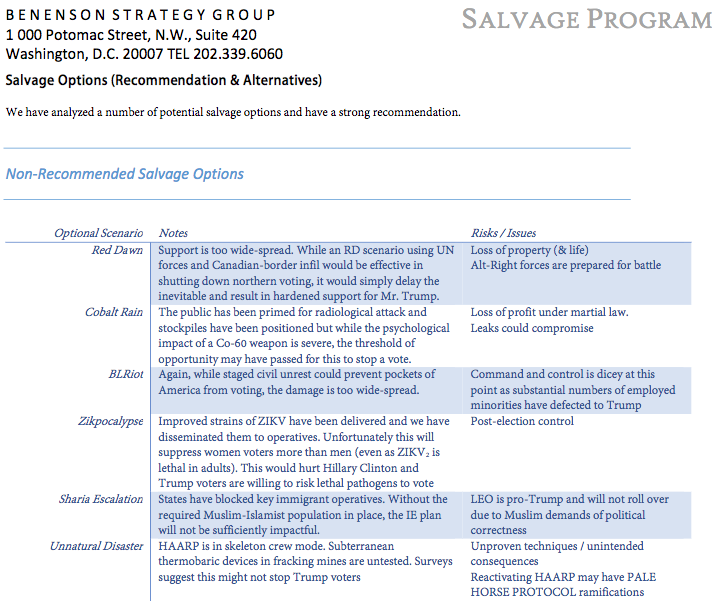 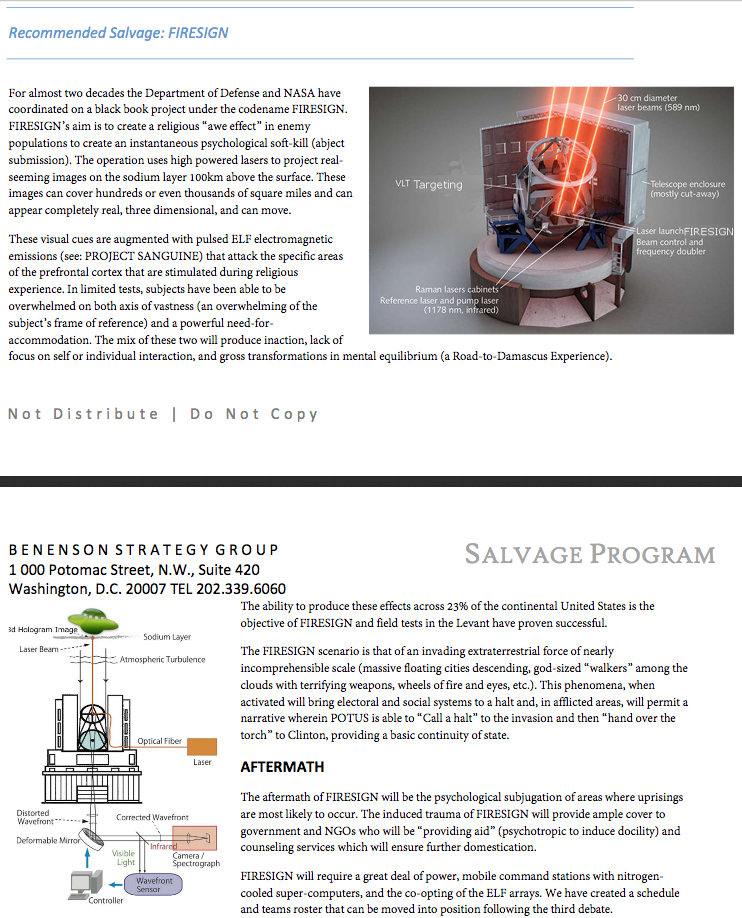