In Major Victory For Gold And Silver Traders, Manipulation Lawsuit Against Gold-Fixing Banks Ordered To Proceed 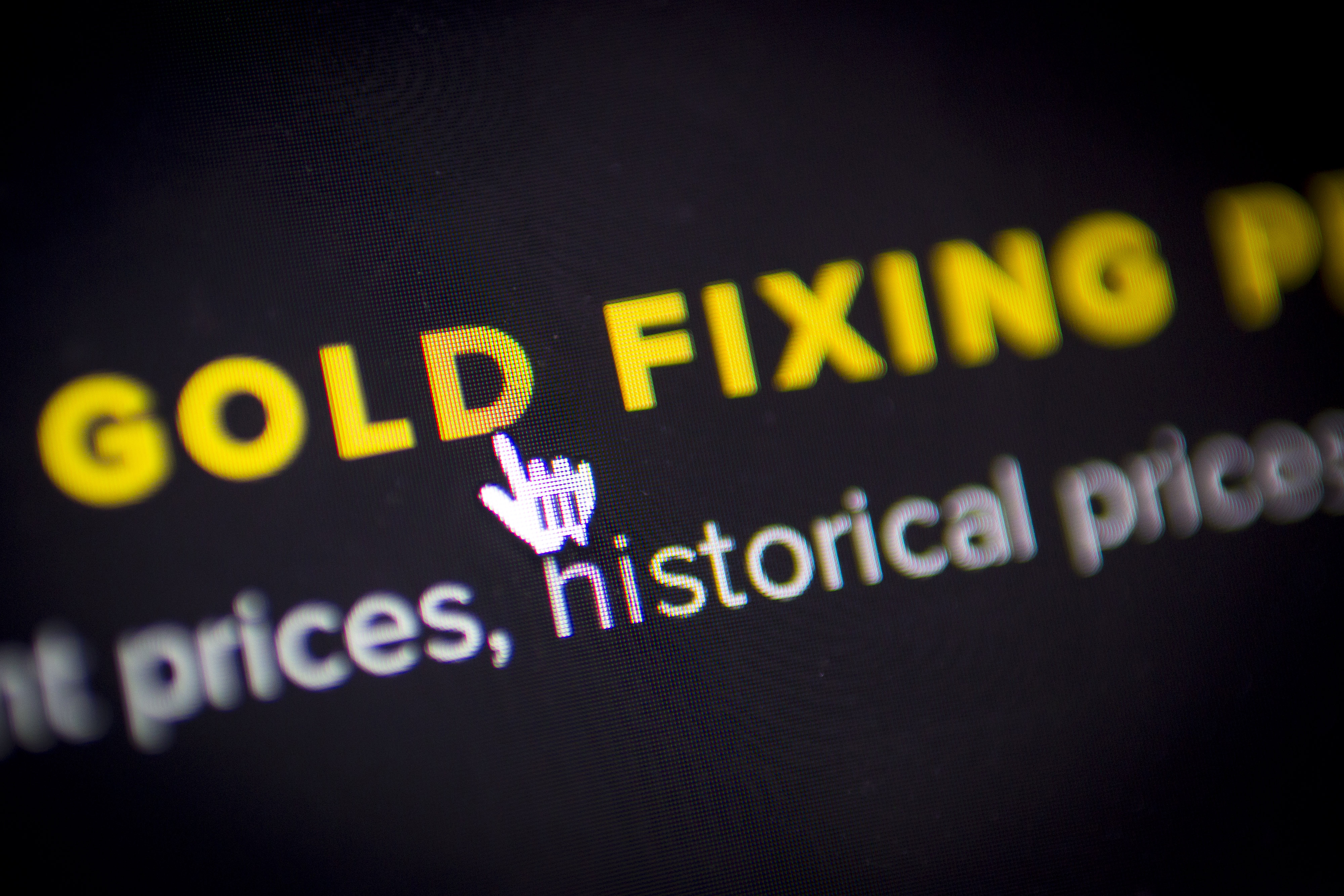 A mouse cursor is seen hovering over the words ‘Gold Fixing’ on the website of London Gold Market Fixing Ltd., the company owned by the banks that administer the London gold fix, in this arranged photograph taken in London, U.K., on Friday, Feb. 28, 2014. The London gold fix, the benchmark used by miners, jewelers and central banks to value the metal, may have been manipulated for a decade by the banks setting it, researchers say. The paper is the first to raise the possibility that the five banks overseeing the century-old rate — Barclays Plc, Deutsche Bank AG, Bank of Nova Scotia, HSBC Holdings Plc and Societe Generale SA — may have been actively working together to manipulate the benchmark. Photographer: Jason Alden/Bloomberg

In Major Victory For Gold And Silver Traders, Manipulation Lawsuit Against Gold-Fixing Banks Ordered To Proceed

Back in April, precious metal traders felt vindicated when Deutsche Bank agreed to settle a July 2014 lawsuit alleging precious metal manipulation by a consortium of banks. As a reminder, In July 2014 we reported that a group of silver bullion banks including Deutsche Bank, Bank of Nova Scotia and HSBC (later UBS was also added to the defendants) were accused of manipulating prices in the multi-billion dollar market. The lawsuit, which was originally filed in a New York district court by veteran litigator J. Scott Nicholson, a resident of Washington DC, alleged that the banks, which oversee the century-old silver fix manipulated the physical and COMEX futures market since January 2007. The lawsuit subsequently received class-action status. It was the first case to target the silver fix.

The alleged conspiracy started by 1999, suppressed prices on roughly $30 billion of silver and silver financial instruments traded each year, and enabled the banks to pocket returns that could top 100 percent annualized, the plaintiffs said.

Many expected that this case would never go anywhere and that the defendant banks would stonewall indefinitely: after all their legal budgets were far greater than the plaintiffs.

Which is why so many were surprised to learn six montsh ago that not only had this lawsuit against precious metals manipulation not been swept away, but that the lead defendant, troubled German bank Deutsche Bank agreed to settle the litigation over allegations it illegally conspired with Bank of Nova Scotia and HSBC Holdings Plc to fix silver prices at the expense of investors. Terms of the settlement were not disclosed, but the accord will include a monetary payment by the German bank.

As we reported, at the time, it was clear that “there would have been neither a settlement nor a payment if the banks had done nothing wrong.” As Reuters further noted, Deutsche Bank has signed a binding settlement term sheet, and is negotiating a formal settlement agreement to be submitted for approval by U.S. District Judge Valerie Caproni, who oversees the litigation. A Deutsche Bank spokeswoman declined to comment. Lawyers for the investors did not immediately respond to requests for comment.

What was also notable is that in a curious twist, the settlement letter revealed a striking development, namely that the former members of the manipulation cartel had turned on each other. To wit:

“In addition to valuable monetary consideration, Deutsche Bank has also agreed to provide cooperation to plaintiffs, including the production of instant messages, and other electronic communications, as part of the settlement. In Plaintiff’s estimation, the cooperation to be provided by Deutsche Bank will substantially assist Plaintiffs in the prosecution of their claims against the non-settling defendants.”

That was the last time we heard of that particular lawsuit until today, when overnight US District Judge Valerie Caproni dismissed UBS Group AG as a defendant in from the lawsuit.

When dismissing UBS from the settlement, Caproni said this was appropriate because there was nothing showing it manipulated prices, even if it benefited from distortions. “At best, plaintiffs allege that UBS engaged in parallel conduct by offering (along with the fixing members) below-market quotes,” Caproni said in her 61-page decision.

However, far more important, was her ruling that investors may pursue antitrust and manipulation claims against Bank of Nova Scotia (“ScotiaBank”) and HSBC Holdings Plc, clearing the way for silver manipulation price-fixing litigation.

Caproni said the investors sufficiently, “albeit barely,” alleged that Deutsche Bank, HSBC and ScotiaBank violated U.S. antitrust law by conspiring opportunistically to depress the Silver Fix from January 2007 to December 2013. To wit:

Plaintiffs clear the plausibility standard, albeit barely, with respect to their pricefixing and unlawful restraint of trade claims under Section 1 based on allegations that the Fixing Members conspired opportunistically to depress the Fix Price between January 1, 2007 and December 31, 2013.

More importantly, she said the following:

As a result, “the Clerk of Court is respectfully directed to close the open motions at docket numbers 73 and 75. Plaintiffs’ deadline to show good cause why leave to replead should be granted is October 17, 2016.”

This means that a US Federal Court has found that a lawsuit – the first of its kind – has merit and will now proceed to rule on the following claims versus HSBC and Bank of Nova Scotia:

And so the discovery process begins, which will expose just how much market manipulation takes place in the silver (initially as there is a parallel lawsuit taking place with regard to gold) market by major banks.  To wit:

Or perhaps not: as Reuters reports, investors plan soon to seek preliminary approval of a settlement, their lawyer Vincent Briganti said on Wednesday. Terms have not been disclosed.

The lawsuit is one of many in the Manhattan court in which investors have accused banks of conspiring to rig rates and prices in financial and commodities markets: courtesy of this ruling, alleged “manipulator” banks will now be far more eager to reach a settlement or else risk a full blown discovery process.

The full lawsuit is below.