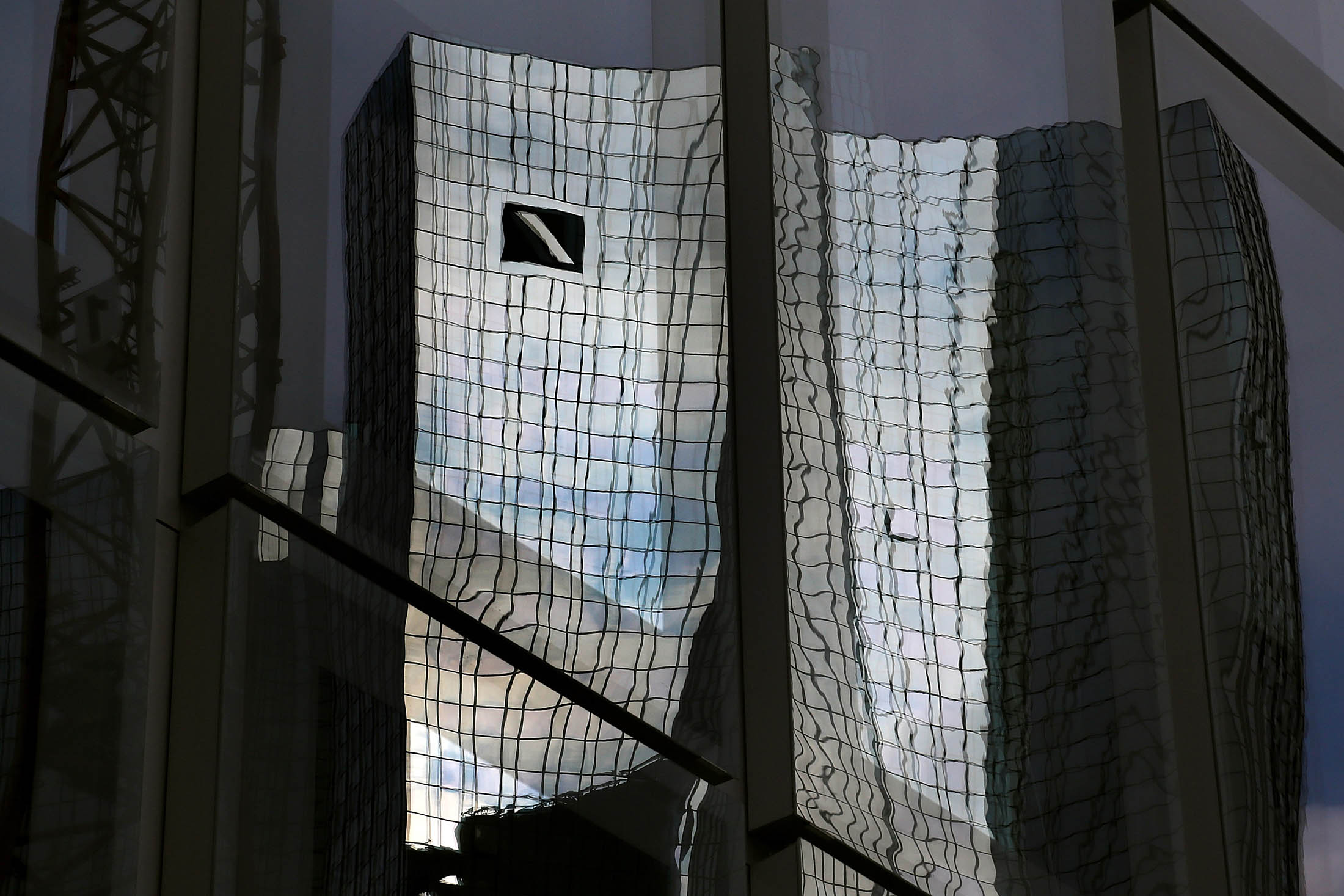 FRANKFURT AM MAIN, GERMANY – SEPTEMBER 26: The headquarters of Deutsche Bank stand on September 26, 2016 in Frankfurt, Germany. Shares of Deutsche Bank dropped by over 6% today and fell to their lowest level since the 1980s following reports that the German government will not step in to shore up the bank. U.S. regulatory authorities are seeking a USD 14 billion fine from Deutsche Bank due to its role in contributing to the U.S. sub-prime mortgage crisis of 2007-2008. (Photo by Hannelore Foerster/Getty Images)

A judge in Milan approved a request by prosecutors to try 13 bankers on charges over separate derivative transactions Paschi arranged with the securities firms, said a lawyer involved in the case, who attended the closed-door hearing Saturday, where the decision was announced.

The charges deal another blow to Deutsche Bank, which is seeking to reassure investors and clients that it will be able to withstand pending U.S. penalties over the bank’s sale of mortgage-backed securities and its dealings with some Russian clients. Monte Paschi, the world’s oldest bank, restated its accounts and has been forced to tap investors twice to replenish capital amid a surge in bad loans and losses on derivatives. It’s now attempting to convince investors to buy billions of soured debt before a fresh stock sale.

Deutsche Bank’s shares have slumped 49 percent in Frankfurt this year, swinging wildly last week on news that hedge-fund clients withdrew some funds. Monte Paschi has dropped 84 percent this year amid concern it will struggle to restore profitability and strengthen its finances.

“We will put forward our defense in court and have no further comment to make today,” Deutsche Bank said in an e-mailed statement.

“I’m convinced that the debate will definitely show that Nomura has no responsibility over Monte Paschi’s false accounting,” said Guido Alleva, a lawyer for Nomura. A spokeswoman for the Japanese bank and a Paschi spokesman declined to comment.

The charges culminate a three-year investigation by prosecutors that showed Monte Paschi used the transactions to hide losses, leading to a misrepresentation of its accounts between 2008 and 2012. The deals came to light in January 2013, when Bloomberg News reported that Monte Paschi used derivatives struck with Deutsche Bank to mask losses from an earlier derivative contract dubbed Santorini.

Faissola, whose roles included overseeing rates and commodities, was put in charge of Deutsche Bank’s combined asset and wealth management division in 2012 when Anshu Jain and Juergen Fitschen took over as co-chief executive officers of the Frankfurt-based lender. Deutsche Bank last October said Faissola would leave after a transition period, and John Cryan has replaced Jain and Fitschen as CEO.

Monte Paschi asked for a plea-bargain agreement in July. The lender said at that time that the request was agreed to with prosecutors in the Milan investigation, and if accepted by the judge the bank will need to forfeit 10 million euros ($11.2 million) and pay a fine of 600,000 euros. A decision is expected on Oct. 14.

Deutsche Bank’s Dario Schiraldi, Matteo Vaghi and Marco Veroni as well as Monte Paschi’s Daniele Pirondini and Marco Di Santo will go to trial, which is scheduled to begin on Dec. 15.