Alex Salmond on RT UK banking woes: ‘It’s what tin-pot dictatorships would do’ 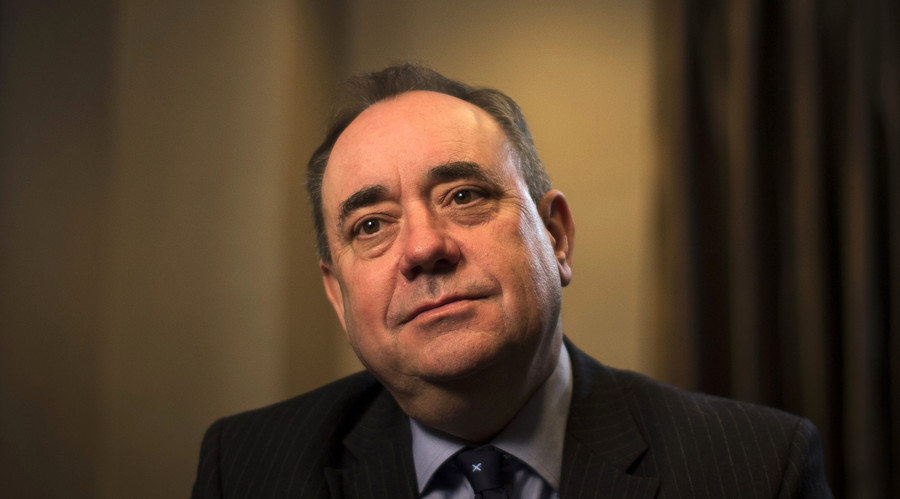 Alex Salmond on RT UK banking woes: ‘It’s what tin-pot dictatorships would do’

The closure of RT’s British accounts by a UK majority-state-owned bank would be something one might expect from a “tin pot dictatorship, not a liberal democracy,” Scottish politician Alex Salmond told RT, pledging to protest the move.

NatWest, a major UK bank with the British government its majority shareholder, informed RT that it would no longer provide banking facilities to RT’s UK branch and that the decision was final and not subject to discussion. Russia believes that despite denying this, the British government was behind the decision and that it amounts to an attack on freedom of speech in that country.

Salmond, the former first minister of Scotland, says a similar move taken by a Russian state-owned bank against BBC would provoke outrage in Britain.

“Certainly, it was an extraordinary proposition. If, for example, the BBC were using Russian banking and a state-owned bank were to close its banking facilities, then politicians in this country rightly would be jumping up on that as a restriction of freedom of speech. And if indeed it turns out that a state-owned bank like the NatWest is actually going to close the banking facilities of RT, then that would be the sort of thing that happens in a tin pot dictatorship, not in a liberal democracy,” he told RT.

NatWest has since stated that contrary to what it said initially, the decision may be reconsidered. Salmond hopes the situation, which currently hangs in the balance, will be resolved in a civilized manner.

“We will have to see how this story unfolds. But I think from both sides of this particular argument we must be promoting a maximum number of points of view and the maximum amount of information because can’t get understanding between people unless you have that free availability of information. And I’ve got no time for people who censor the press, whether it would be in Russia, or in Turkey, or, for that matter, in the United Kingdom,” he said.

The politician added that if the bank does go through with its earlier decision, RT would find support among British politicians, who believe in freedom of speech the way he does.

“If indeed that’s what happens, then you’ll find not just myself, I hope, but all parliamentarians who believe in freedom of speech and who don’t believed that in a liberal democracy we should be afraid of points of view, will be speaking out just as we would speak out if the BBC were being sanctioned elsewhere,” he said.

Watch the full interview with Salmond in RT’s SophieCo show on October 24.