SOS: Be Very Careful Before You Cast A Vote For Hillary Clinton—Here’s Why! 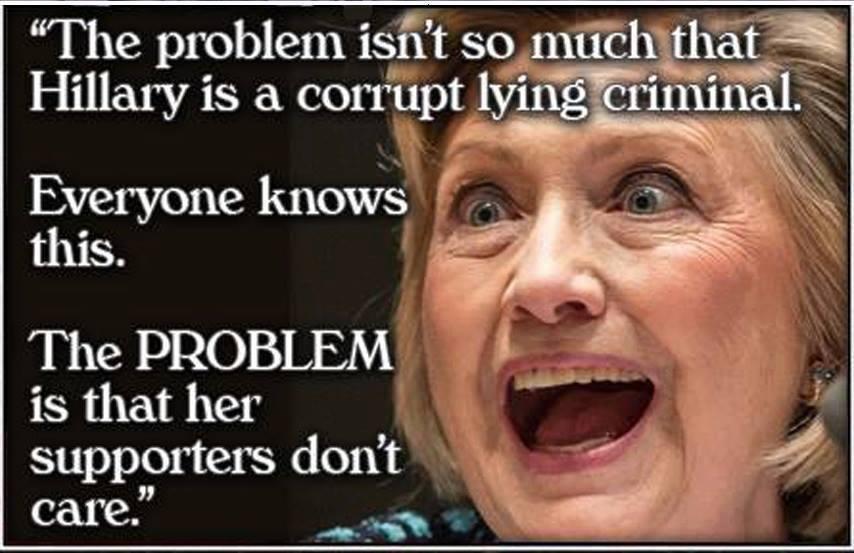 SOS: Be Very Careful Before You Cast A Vote For Hillary Clinton—Here’s Why!

Why Do The New Age Spiritual Groups Universally Vote Democrat?

An OPEN LETTER to the New Age Spiritual Groups

Back in 2008 Candidate Barack Hussein Obama embarked on an unprecedented Internet campaign to surreptitiously seed the World Wide Web with fictitious stories and fake vignettes about his exceptional character, his parallels to Abraham Lincoln and his deep spirituality, among several other false and cynical messages.

Each of these tall tales eventually found their way into most of the New Age spiritual groups. With each passing month in 2008 some of the different groups came to the understanding that Obama was a Messiah of sorts.  Some even spoke of him as “the Second Coming” and/or Lord Maitreya himself.  Yes, the BS was flowing fast and furiously and a LOT of very smart, very aware and highly spiritual people were falling for it. This Democratic presidential campaign mind-control program was an extremely well planned strategy.  In Obama they knew that they had a completely unknown character who they could make out to be the “Savior of America”.  The dire needs of the rapidly deepening Great Recession only accentuated the whole bogus narrative.

Spiritual groups all across the country fell for this scam in ways never seen in U.S. political history.  The strategists who implemented this image-making initiative knew exactly what they were doing, and got him elected because of its success.

Obama won votes from folks who knew absolutely nothing about him only because of this fabricated picture of him as the “cosmic man” incarnate.  Many of the New Age astrologers and prophets, psychics and clairvoyants, mediums and spiritualists threw their weight behind him in ways that greatly advanced the transparent political ruse.  Now many of these same folks — frauds and charlatans, it appears — are commandeering the “Hillary for President” train … … … WRECK!

Things worked out so well with Obama that they are literally attempting to run the same type of program. Except that there is one very big problem. Hillary has an unusually long and sordid history, both in and outside of the political realm.  For example:

Nonetheless, being the first woman POTUS during this new era of “the return of the Goddess” is what they are playing on this time around.  Yeah, the patriarchal age is certainly coming to an end alright, and, “Yes”, the Divine Feminine is definitely making a comeback, but boy is she pissed with the woman leaders who are stone-cold warmongers. Aren’t the peacemaking women supposed to be from Venus … while the warlike men are mostly form Mars?!

How does a woman with so many political liabilities, criminal allegations, physical deficits and foreign policy blunders run for president?

The image-spinners have worked extremely hard to portray Clinton as the only respectable candidate to vote for… if you are a truly righteous person.  And, for the really spiritual crowd “they have an obligation to support the first woman president to break the gender barrier”.  Apparently, Hillary is their female Obama — the female ‘Christ’ Savior — during this 2016 presidential election.  So, therefore, old souls and spiritual aspirants, truth seekers and sadhakas, would only vote for Hillary … … … so the crafty Clinton campaign has religiously spun it.

Of course most of the religious folks, especially the red state Christians, are totally committed to Donald Trump.  And they are for very good reasons, as well as for extremely spiritual reasons.  He is the only real truth-teller this campaign season.  Ron Paul was the truth speaker in previous election cycles; The Donald is during the present one.

Now many will probably stop reading at this point; however, this is what MUST be read by those who got completely bamboozled by the Obama deception.  What deception?  How does a Nobel Peace Prize winner become known as the Drone Ranger? How does the same prize winner literally restart the Cold War with Russia because of his own warmongering for nearly 8 long years, not Russia’s or Vladimir Putin’s.  The list of Obama’s presidential deceits and deceptions is literally endless, including a birth certificate that DOES NOT EVEN EXIST.

If you’re still reading, then perhaps the Karma Yogis can clearly explain the karma that goes along with voting for a candidate who is a proven menace to society (e.g. Hillary Clinton), warmonger (E.g. Hillary Clinton) and scandal-ridden public official (e.g. Hillary Clinton).  Anyone who still has any questions about these irrefutable assertions ought to be prohibited from voting.  They can also google Emailgate, Servergate, Benghazigate, Travelgate, Whitewatergate … heck, even Watergate has put an indelible black mark on her thoroughly reprehensible professional record. Again, for the spiritual aspirants among us, this really does come down to karma. Just what kind of karma does one incur by voting a second time for a warmongering Obama?  Or a warmongering Clinton?  This critical point ought to be contemplated very, very deeply, especially by those who do not want to take on someone else’s exceedingly bad karma.  For those who lack the time or space to meditate on this weighty issue, what follows is an instructive excerpt to reflect upon.

“The crucial point being made is that if you vote for Hillary Clinton you are supporting her warmongering.  You are supporting the death and destruction that she will inflict upon countries around the globe, as she has already done. By supporting her in these war-making endeavors, you yourself become responsible for them.  That’s right — if you assist a known warmonger to attain high office, who then does great harm, you WILL inherit the extremely negative karma that goes along with it.”

“This is called bad karma … very bad karma!  You, the voter, in support of the warmonger, are taking on the worst kind of karma for her actions should she win and become the POTUS.  You support her, you receive the fruits of her actions to varying degrees, of course; it’s that simple.”
(Source: An Open Letter to Registered Democrats)

If the reader has not yet gotten the essential message here, then perhaps the following “Special Note” will do the job.  This warning has nothing to do with securing a vote for Donald Trump or any other candidate, by the way.  Rather, this wake up call to all the spiritual groups that got taken in by the “Obama deception” are also susceptible to the current Clinton scam, and we are not talking about the criminal enterprise known as the Clinton Foundation either.  As follows:

Surely the point has now been made and received that, if you vote for a criminally insane psychopath, you also become culpable — according to the very mysterious laws of karma — for their war crimes and crimes against humanity and genocides, etc.

We sincerely hope that we have made ourselves perfectly clear in this particular regard.

With every good wish,

VIDEO: Hillary Clinton laughs about a brutal assassination which she approved of.