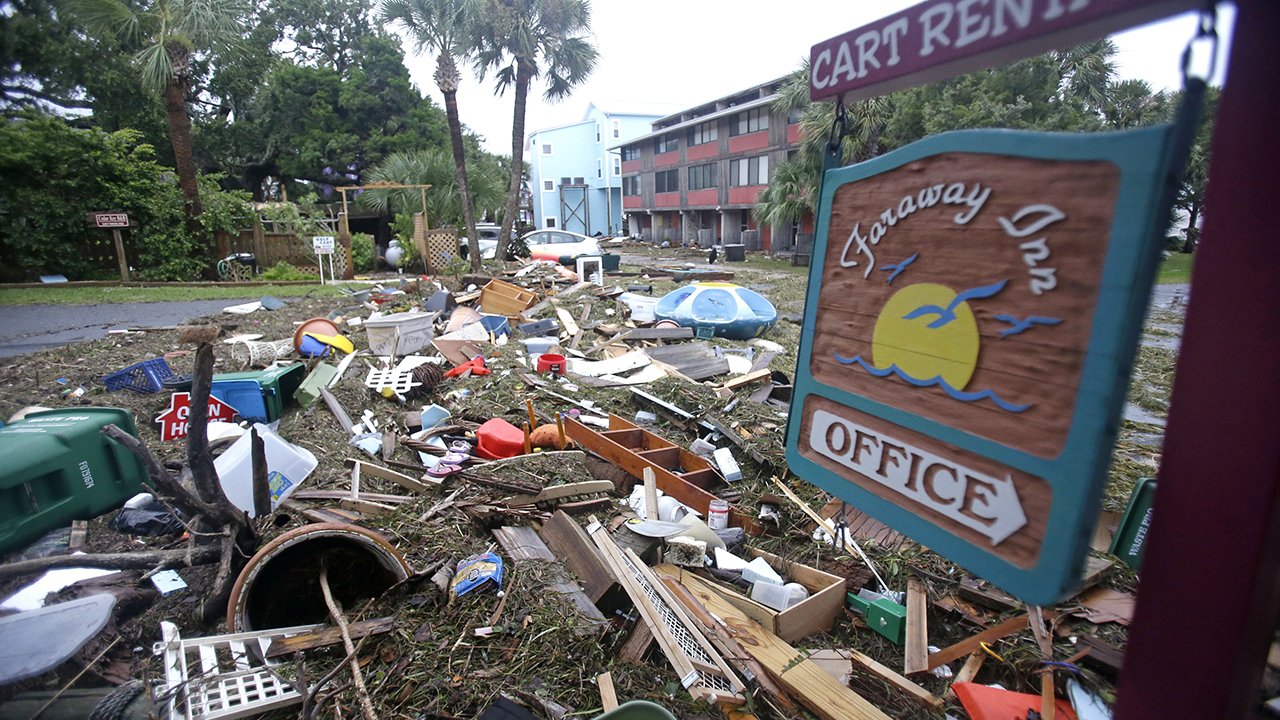 A street is blocked from debris washed up from the tidal surge of Hurricane Hermine Friday, Sept. 2, 2016, in Cedar Key, Fla.  (AP Photo/John Raoux)

Just like Austin, Texas has been relentlessly targeted with weather warfare, Tallahassee, Florida was attacked on September 1st. Florida has been hit by its first hurricane in more than a decade as Hermine made landfall on the Panhandle coastline.

FL GOP Governor Rick Scott has been on Obama’s enemies list since day one;
TX GOP Governors have seen the greater Austin area assaulted with a string
of catastrophic weather events since Obama took office.

For the seasoned weather watchers it was clear from the very start that Tropical Storm Hermine was being quite meticulously steered and intensified to a full-blown hurricane once it entered the Gulf of Mexico.  There was not even an intention to hide the various methods of weather manipulation that are now routinely employed by the geoengineers. In this particular case, Tallahassee, Florida was the bull’s-eye for this storm and the hurricane made a direct hit.

Although the mainstream media has given it very little coverage, one of the SOTN’s editor’s lives in the Florida Panhandle area and personally witnessed the power, and subsequent pervasiveness of the damage, of the storm.  Hermine has proven to be the worst storm in Tallahassee history since Hurricane Kate struck in 1985.  The damage to trees and electrical grid infrastructure has been quite extensive and profound with many residents still without power, phone service and/or water.

The best way to understand the true geoengineering causes of Hurricane Hermine is to view the different layers of the satellite imagery.  Such an in-depth analysis reveals all the telltale signatures of a fastidiously manufactured hurricane.  The following video provides some of the best graphics which point directly to a Tropical Storm (TS) that would have naturally remained a TS had it not been purposefully exacerbated into a very serious weather weapon.

The screenshot shown below depicts the precise trajectory that this storm ultimately took through Florida, Georgia and the Carolinas.  The eye of the hurricane made landfall at St. Marks, Florida which is located 20 miles south of Tallahassee.  The storm then proceeded to move through Leon County producing major damage throughout the whole areas. Many of the counties south of Leon across the Panhandle (especially eastward) sustained major catastrophic damage. It should be pointed out that Hermine is the first hurricane to have hit the Florida coast in almost 11 years.  That it made a beeline to the Florida capital city is no accident of fate; rather, it was carefully steered as many other catastrophic hurricanes have been manipulated in severity throughout GOM history and then steered toward a specific target(s).

As a matter of historical fact, during the summer 2005, the American South saw three devastating geoengineered hurricanes ravage the GOM coastlines including Katrina, Rita and Wilma. The evolution of each of these storms has been captured by various video perspectives all of which clearly demonstrate geoengineered storms that were designed to destroy specific targets and their surrounding areas.  Katrina is well known for its massive and widespread destruction to NOLA, the Mississippi coastline, and other inland areas.

Not only does the following graphic portray the general direction of Hurricane Hermine, it did so with unusual accuracy.  It appears that the creators of this storm wanted to telegraph the complete control they truly possess over both the direction and the intensity of any weather system they choose to create.  In this way they have been able to send a direct message to the Republican governors — Gov. Rick Scott of Florida and Gov. Greg Abbott of Texas — to play ball according to Obama’s new rules of the globalist game.[1]

There is a major war being waged across planet Earth in 2016 which has pitted the globalists against the nationalists.  In every sphere of life there are huge battles being fought between those who wish to advance their respective agendas. The globalists intend to remove the national sovereignty of the United States of America; whereas the patriots are fighting hard to protect the same.  The nationalists are especially working overtime to maintain the territorial integrity of the USA.

There is a major war being waged across planet Earth in 2016 which has pitted the globalists against the nationalists.  In every sphere of life there are huge battles being fought between those who wish to advance their respective agendas. The globalists intend to remove the national sovereignty of the United States of America; whereas the nationalists are fighting for hard to protect the same, and especially its territorial integrity.

One of the primary means of breaking down a nation’s will to resist this global enterprise, also known as globalization in the economic/financial spheres, is outright weather warfare.[2]  In fact geoengineering is being utilized more and more frequently with each passing year, and with much greater effect across the planet.  The globalists who now control the means of wreaking weather havoc and climate change currently have control of the technology worldwide and are intent on using it whenever and wherever it suits their purposes.

The following video offers a glimpse into exactly how the science of weather modification has progressed over the last few decades.  The current state of the art, and applied geoengineering technology which are now available, are actually far beyond what this video illustrates.  Nevertheless, this presentation does portray some of the necessary elements for the layperson so that they can begin to wrap their brains around just how much global climate change has been purposely fabricated to effectuate a desired outcome. 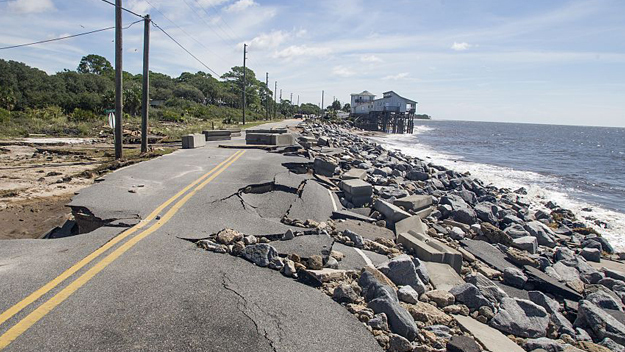 Obama & Company and the George Soros cabal of ‘investors’, who funded and financed Obama’s campaigns, will not quit this enterprise until they have been successful.  Barack Hussein Obama was selected for his willingness to carry out their globalization plans, while misrepresenting every facet of this clandestine endeavor to the gullible public.  His nearly 8-year history of serial prevarication and calculated falsification is simply unprecedented in American presidential history.

The candidacy of Hillary R. Clinton is another quite graphic example of just how determined TPTB are to force-fit one of their chosen pitchmen for globalization into the critical position of POTUS.  The Clinton campaign and all of its dirty tricks and criminality, usurpation of the democratic process and disregard for even the appearance of fair play, provide a perfect ongoing example of just how far these criminally insane psychopaths will go in the interest of achieving their nefarious and practically impossible goals.

When the globalists will so cavalierly wipe out entire towns with catastrophic tornado swarms, or swaths of states via thousand-year floods, or entire cities with directed hurricanes, what won’t they do?!

This is the final point of this exposé.  The elites who are now in charge of running the world have absolutely no respect for life or property.  They only care about the successful implementation of their self-serving agenda, as well as the execution of their many malevolent schemes.

Each of these has the ultimate goal of total world domination wherein they control the weather worldwide 24/7 as well as all natural resources around the globe.  This would include every square inch of land, gallon of water and cubic foot of air.  Yes, these globalists want to exert absolute and unrivaled dominion over this entire blue orb.  After all, isn’t that why they are notoriously known as G L O B A L I S T S?

It ought to be recognized that Hurricane Hermine is just the latest of numerous calamitous weather events that have caused great harm to the American people and their property over the past several decades. These geoengineered disasters will only continue to get worse until those who are in power and positions of influence are permanently removed.

[1] TEXAS DELUGE: Was it a geoengineered weather event to enforce compliance with Agenda 21?