How neocons created the myth of the Soviet terror network 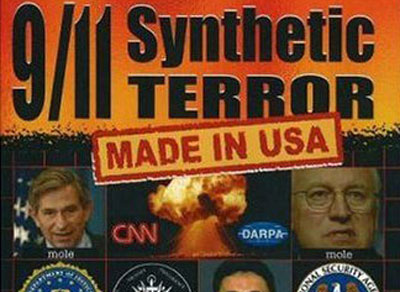 How neocons created the myth of the Soviet terror network

… despite that CIA characterized it as a fantasy based on the black propaganda that had invented itself to smear the Soviet Union!

To persuade the President [Ronald Reagan], the neoconservatives set out to prove that the Soviet threat was far greater than anyone. They would demonstrate that the majority of terrorism and revolutionary movements around the world, were actually part of a secret network, coordinated by Moscow to take over the world.

The main proponent of this theory was a leading neoconservative who was the special adviser to the Secretary of State. His name was Michael Ledeen and he had been influenced by a best-selling book called “The Terror Network”. It alleged that terrorism was not the fragmented phenomenon that it appeared to be. In reality, all terrorist groups, from the PLO to the Baader-Meinhof Group in Germany and the provisional IRA, all of them, were a part of coordinated strategy of terror run by the Soviet Union.

But the CIA completely disagreed. They said this was just another neoconservative fantasy.

But the neoconservatives had a powerful ally. He was William Casey, and he was the new head of the CIA. Casey was sympathetic to the neoconservative view. And when he read “The Terror Network” book, he was convinced. He called a meeting of the CIA’s Soviet analysts at their headquarters and told them to produce a report for the President that proved this hidden network existed.

But the analysts told him, this would be impossible because much of the information in the book came from black propaganda the CIA themselves had invented to smear the Soviet Union. They knew that the terror network didn’t exist because they themselves had made it up.

Melvin Goodman, head of CIA office of Soviet Affairs from 1976 to 1987, states: “And when we looked through the book, we found very clear episodes where CIA black propaganda – clandestine information that was designed under a covert action plan to be planted in European newspapers – were picked up and put in this book. A lot of it was made up. It was made up out of whole cloth. […] And we even had the operations people to tell Bill Casey this. I thought maybe this might have an impact, but all of us were dismissed. Casey had made up his mind. He knew the Soviets were involved in terrorism so there was nothing we could tell him to disabuse him. Lies became reality.”

In the end, Casey found a university professor, who described himself as a terror expert and he produced a dossier that confirmed that the hidden terror network did, in fact, exist. Under such intense lobbying, Reagan agreed to give the neoconservatives what they wanted, and in 1983, he signed a secret document that fundamentally changed American foreign policy.

The country would now fund covert wars to push back the hidden Soviet threat around the world.

Taken from the documentary The Power Of Nightmares by Adam Curtis.