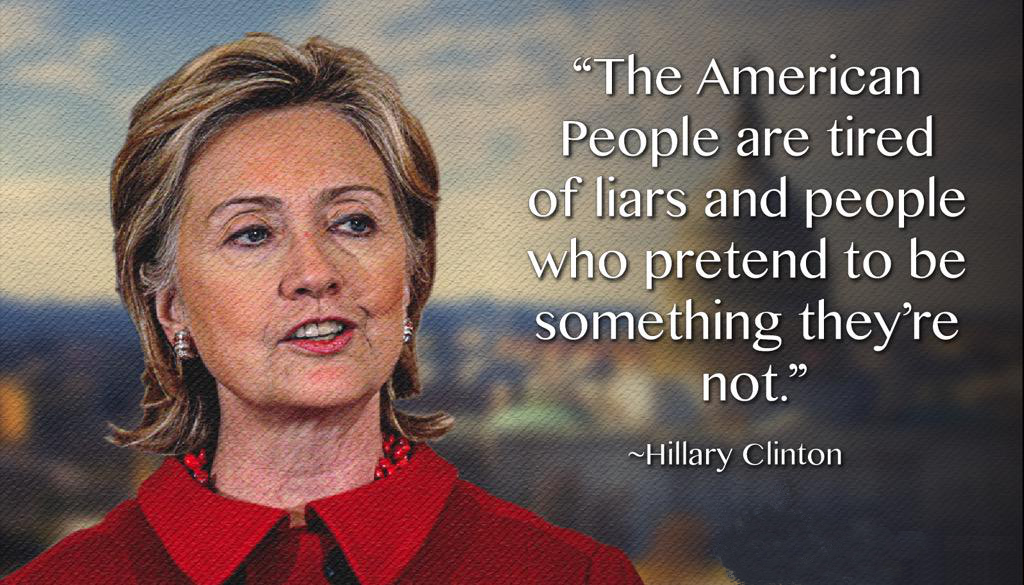 Many trained lawyers are pathological liars, congenital liars, and/or professional liars—it’s literally what they’re paid to do. There are a number of professions that Americans have despised over the past many decades. And there are very good and perfectly legitimate reasons for this.  Politicians, particularly members of Congress, Lawyers, and Lobbyists are all in the top 10 on the list of the “10 MOST DESPISED PROFESSIONS IN AMERICA”.   As a matter of fact, #1 on this list is Members of Congress, #3 is Lawyers, and #6 is Lobbyists.

What is critical to understand is that the vast majority of Congress members have practiced as attorneys, just as most high-powered lobbyists are trained lawyers.  Most are current BAR-registered lawyers, and many are still practicing law.

Anyone who has dealt with attorneys/lawyers knows that a fundamental characteristic which most possess (not all, mind you) is that they are profoundly untrustworthy and tend toward mendacity in their professional dealings.  It’s difficult to know whether they are congenital liars, or if their profession conditions them to lie in order to succeed.  More than likely this very sad state of affairs is the direct result of both.  Those who are drawn to the practice of law are prone to prevaricating. Likewise, the very nature of the profession highly encourages lying at every turn.

In order to understand why the legal profession is hardwired in this manner, and why practitioners of the law are so universally disliked, the following extended essay provides a definitive treatment of the matter. Which brings us to the very curious case of Candidate Clinton.

In Hillary Clinton the whole world has seen a woman who only knows how to lie and misrepresent, mislead and dissemble, prevaricate and equivocate.  She was most likely born this way and then entered a profession which capitalized on her ability to lie convincingly.  This is really what most attorneys are paid to do—they’re paid liars. Lobbyists are extremely high-paid liars.  And members of Congress are public liars of the highest order.

As a result of this pervasive predicament, this 2016 campaign season, which has turned into a global Internet-based trial of Hillary Rodham Clinton, is really about all lawyers and attorneys, politicians and lobbyists.  Hillary just represents the worst of what the occupations of lawyering and politicking have become.  Truly, they both have degenerated into the worst of the worst.  In fact it is now widely recognized that the U.S. Criminal Justice System, which represent a unique convergence of both, has become the most corrupt legal and judicial (judges are lawyers) cesspool in the land.

Then there is the U.S. Federal Government, which is staffed disproportionately in all three branches — Executive, Legislative and Judicial — by BAR-registered attorneys.  The very fact that they pledge their allegiance to the BAR makes them all suspect from the get-go.

The Crown Temple: A History of the Bar Association and Who Really Owns the USA

Of course, who hasn’t heard what they say about the creation of law.

Now it’s easier to understand why they call it pork barrel politics.  One can only imagine all the corruption and misconduct, malfeasance and misappropriation which the System has become notorious for.  The whole US government has become corrupted to the core by the lawyers who have lied to the American people practically forever. As a matter of historical fact, they have gotten away with lying so much and for so long that it has become the generally accepted way of doing the People’s business.

This is really what the “Hillary Clinton Story” is all about.  Her story is actually a scathing indictment of the entire political class of America.  It is also an extremely incriminating testimony against the legal profession, the lobbyists and the national system of justice both criminal and civil.  Clinton has certainly risen high in the political firmament as a glaring testament to all that has gone wrong throughout civil society where it concerns the law and lawyers.  After all, when the law is so perverted as it is, and legislation is so inherently corrupt as it is, where will the society end up?

And Hillary is the star witness.

She has it coming at her from every angle, and from prosecutors of every sort and kind.

Hillary Clinton has had to answer every conceivable question about her long and sordid history, both personal and professional.  There are so many serious issues deeply hidden in her past, which she was once able to cover up, that are coming out of the closet like there’s no tomorrow.  One flagrant example of her professional wrongdoing occurred when she was a young attorney in Arkansas.  As follows:

Hillary Clinton: The True Story That Will Terminate Her Presidential Aspirations

The subtitle of the previous article reads:

The real point here is that it is the American people themselves who are really on trial in 2016, and beyond.  By their vote and where they throw their support, they either incriminate or exonerate themselves. At any other time in U.S. history, if it was shown that a presidential nominee had laughed about getting a child rapist off, after LYING mercilessly about the sexually assaulted child victim, their career in public service would have come to an abrupt end… for good!   But, “No”, Clinton is still ‘loved’ by her fanatical Clintonistas, who will stand by her no matter the number or severity of the crimes that she herself has committed.  Not good … not good at all!

As it was categorically stated:

THE AMERICAN PEOPLE THEMSELVES ARE ON TRIAL IN 2016.

The London Connection and the BAR

Were the American people to properly understand the grave warning that was issued by the Founding Fathers, they would have barred lawyers/attorneys from ever serving in public office or in government in any capacity.  The following essay lays bare the contents of the original 13th Amendment.  It proves — without any doubt whatsoever — why all registered members of the BAR (British Accredited Registry) could not be trusted to act in the best interest of the American Republic or We the People.  As follows:

The Missing 13th Amendment: *No Lawyers Allowed In Public Office*

Now the reader should be aware of why the current Rothschild power couple of London — Sir Evelyn And Lynn Forester De Rothschild — are so supportive of Clinton’s candidacy. “Show Hillary Love” Rothschilds Urge As She Charges $2,700 Per Question

The real question here is why are the Brits, especially the wealthiest and most powerful family in the UK, taking such a strong interest in the outcome of the U.S. presidential election … as they always do.

Hillary Clinton’s main problem (and she does have many) is that she never stopped being a lawyer.  In that capacity it appears that she simply does not know how to stop lying.  The whole world now stands witness, daily, to her serial lying and countless misrepresentations … … … about everything.  When the nation already hates lawyers, how will the American people tolerate one in the presidency, especially after 8 long years of Obama, the current Liar-in-Chief.

For the uninitiated, the case of Hillary Rodham Clinton is very instructive.  The World Shadow Government (WSG) actually identifies both individuals and power couples very early in their careers for their ability to lie with a straight face.  Is there any doubt that husband Bill was specifically chosen for the very same trait.  After all, when two lawyers are married to each other they get very good at their craft … … … of lawyering.

Getting Bill Clinton back in the White House is as important to the WSG as putting Hillary in the Oval Office.  He is their great pitchman able to spin it like no other word merchant in the land.  Who else can possibly put lipstick on the pig like Slick Willie?  Especially when Hillary is out selling the NWO-planned World War III.  “A President Clinton will be used to start the World War 3” Lastly, it’s important to point out that, because Candidate Clinton comports herself like a lawyer, she is very easy to dislike, and very difficult to elect.  Likability and electability always go hand-in-hand in American politics.  The last thing the electorate wants is to be lawyered to, especially after nearly 8 years of the present treasonous POTUS.  The American people simply cannot, will not, put up with their BS anymore.

In this particular regard the WSG social engineers seem to have made a fatal mistake.  The history books will likely recount this election cycle as the greatest political fiasco in Democratic Party history.  Hence, the $64,000 question concerns whether they totally screwed up by quite purposeful design.

Hillary Lawyer Ejected From Court For Practicing Law Without a License

Q: Did you hear about the terrorists who took a whole courtroom full of lawyers hostage?
A: They threatened to release one every hour until their demands were met.

Q: How can you tell when a politician is lying?
A: His lips are moving!

Q: What do you call a lawyer gone bad?
A: Senator.

Q: How does an attorney sleep?
A: First he lies on one side and then on the other.

Q: Why won’t a shark eat a lawyer?
A: Professional Courtesy. Mark Twain notes…
“It is interesting to note that criminals have multiplied of late, and lawyers have also; but I repeat myself.”

Bad Reputation
Isn’t it a shame how 99% of the lawyers give the whole profession a bad name.