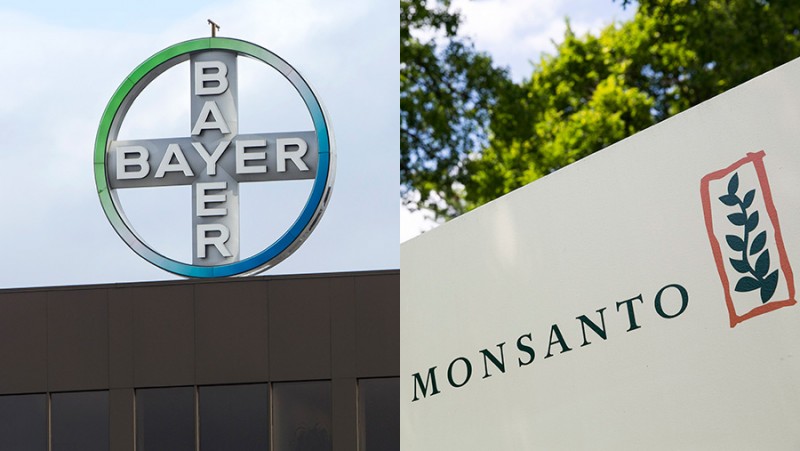 In a transaction that will allow Bayer to command more than a quarter of the combined world market for seeds and pesticides, not to mention is set to be the biggest M&A deal for 2016, Reuters reported that Bayer has won over Monsanto’s management with a $128 per-share cash offer to acquire the global seed market leader, in a deal worth $66 billion.

Bayer has signed a deal that includes a fee of $2 billion should the transaction fail to get regulatory clearance as planned, the Reuters source said. The deal is expected to close by the end of 2017, the source told Reuters on Wednesday.

According to Reuters calculations, at a total deal value of close to $66 billion – based on 442 million Monsanto shares and the U.S. group’s net debt of $9.3 billion as per end-May – it will be the largest transaction ever involving a German buyer. It would trump Daimler’s merger deal with Chrysler in 1998, which valued the U.S. carmaker at more than $40 billion.

By accepting Bayer’s offer, the largest cash acquisition proposal on record ahead of brewer InBev’s $60.4 billion offer for Anheuser-Busch in 2008, Monsanto is set to give the German company a shot at grabbing the top spot in the fast-consolidating farm supplies industry, combining its crop science business with Monsanto’s strength in seeds. It will also set the stage for the deal to be closely scrutinized by antitrust regulators, with some analysts predicting that various anti-trust authorities will not be too excited with the combined company.

The breakthrough in negotiations, which follows more than four months of talks, came after Bayer further improved on the sweetened offer of $127.50 per share in cash it disclosed last week, the people said. However, the deal will still value Monsanto at less than $130 per share, which the company was previously hoping to fetch, the people added.

Once St. Louis, Missouri-based Monsanto’s board of directors approves the deal on Tuesday, Leverkusen-based Bayer’s supervisory board will meet on Wednesday to also authorize the transaction, with an announcement expected before the stock market opens in New York on Wednesday, some of the people said.

The two companies were in talks to sound out ways to combine their businesses as early as March, which culminated in Bayer coming out with an initial $122 per-share takeover proposal in May.