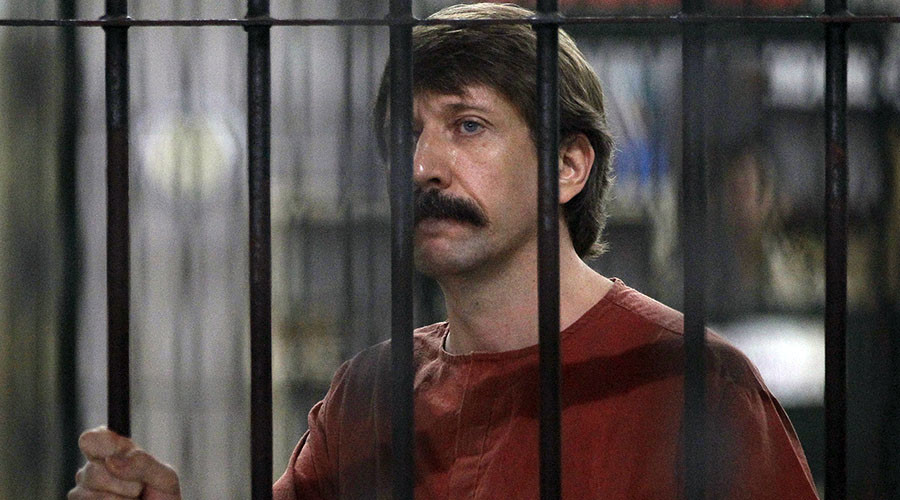 The wife of Russian businessman Viktor Bout, who is currently serving a 25-year sentence in the US, told reporters that American authorities offered him a mild sentence and asylum if he testified against Igor Sechin, the head of Russian oil major Rosneft.

In an interview with the Russian daily Izvestia, Alla Bout said that US special services had asked her husband to disclose information that would allow them to prosecute Igor Sechin. She told reporters that she learned this from Viktor Bout himself and also from his American lawyers. The latter told her in a private conversation that if her husband had agreed to testify against Sechin, he could have gotten off with about two years behind bars and, after serving them, the authorities promised that he “could live in the United States in comfort together with his wife and daughter.”

“Viktor honestly said that he never worked for Sechin and did not know him personally; he refused the offer and got 25 years in prison for crimes he was charged with,” she added.

Alla Bout stressed that, as far as she knew, her husband really did not know Sechin. “They have never even met, even once,” she said.

Viktor Bout used to be a businessman specializing in air cargo. He was arrested in Thailand in 2008 in a sting operation conducted by US agents posing as guerrillas from the Revolutionary Armed Forces of Colombia (FARC) – a group the United States considers a terrorist organization. The agents allegedly asked Bout if it was possible for members of a foreign terrorist group to purchase anti-aircraft weapons, and he reportedly answered that it could be possible, in theory, but without ever offering to provide them. This admission of theoretical possibility was apparently sufficient for the United States to extradite Bout to the United States in 2010, however, and a year later he was convicted of being involved in a conspiracy to kill US citizens. He pleaded not guilty in court and continues to insist on his innocence.

Russia has repeatedly blasted Bout’s extradition and sentence as a politically motivated violation of international law and an example of the bias of the US justice system.

In a 2016 interview with the New York Times, Judge Shira A. Scheindlin admitted that the charges brought against Bout were excessive and inappropriate. “I’m not defending him,” Scheindlin said, “but he’s a businessman. He was in the business of selling arms.” He was not, she added, a fighter or a terrorist from Al Qaeda “who lives to blow up civilians in a supermarket.”

Currently the CEO of Russian state-owned oil company Rosneft, Igor Sechin is considered to be a close ally of President Vladimir Putin. In 2008, he worked as deputy prime minister in the Russian government and, before that, worked in the presidential administration and the administration of Russia’s second-largest city, St. Petersburg, which was called Leningrad in Soviet times.

The only apparent connection between Sechin and Bout concerns their respective military service in the Soviet Army. Sechin was reportedly stationed in Angola as an interpreter in mid-1980s, first with a Navy unit and then in an anti-aircraft unit. Bout also served as a radio operator and interpreter in the Soviet Air Force and participated in missions in Angola, but this was after 1989, and Sechin officially started working in the Leningrad city legislature in 1988.