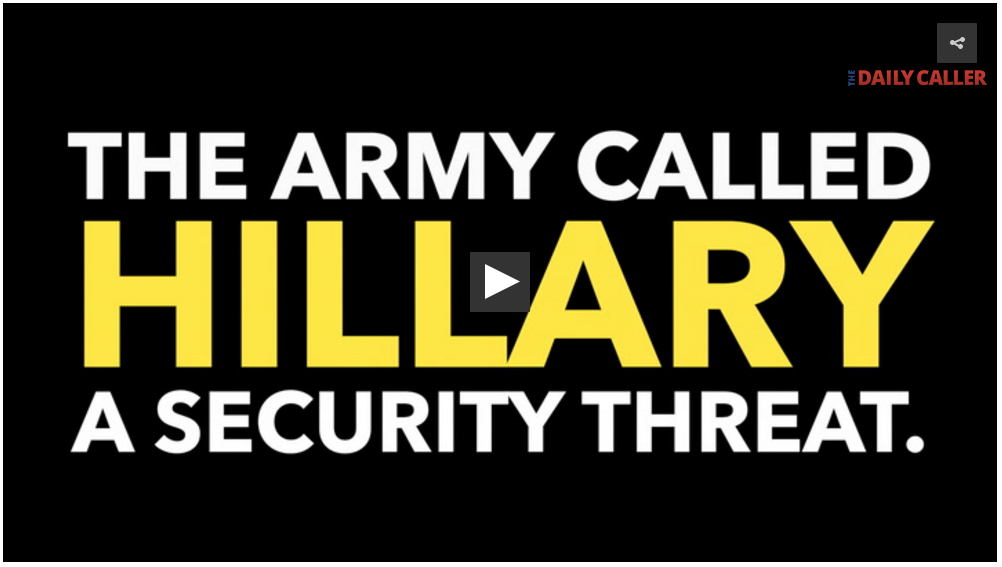 The following “unclassified graphic” depicts some of the most serious examples of security threats to the U.S. Army.

The photos of Hasan, Manning, Snowden and Alexis are on the same bulletin as Petraeus and Clinton. 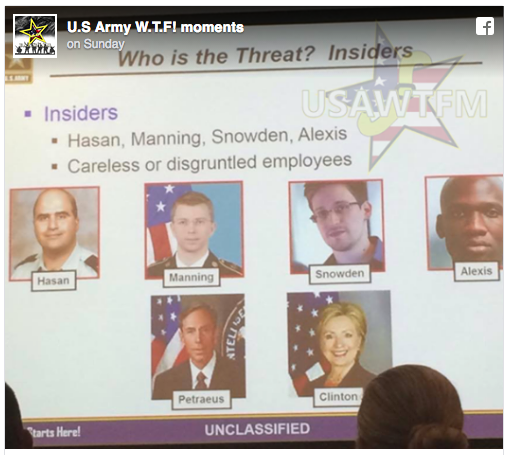 Yes, “Clinton” is the same Hillary R. Clinton who is currently the Democratic presidential nominee.

How does such a predicament ever get reconciled were she to become the Commander in Chief?!

What a complete and total mess the NWO ruling elites have made out of the 2016 presidential election cycle.  If nothing else, however, they have exposed themselves for being the crude manipulators of the mainstream media and the U.S. electorate that they have always been.  Now their transparent control of the electoral process has been revealed for all to see.

To read more about the US Army’s way of dealing with this extraordinary state of affairs, the following link has been provided.
http://dailycaller.com/2016/08/21/apparent-army-opsec-brief-lists-hillary-clinton-david-petraeus-as-examples-of-insider-security-threats/#ixzz4I6fwayEL