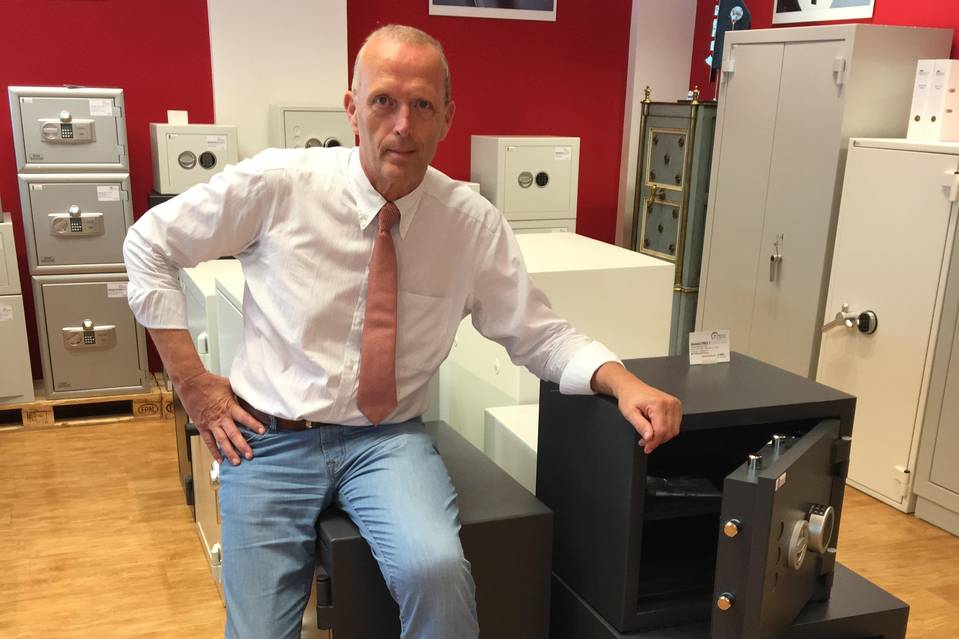 HAMBURG—German savers are leaving the security of savings banks for what many now consider an even safer place to park their cash: home safes.

For years, Germans kept socking money away in savings accounts despite plunging interest rates. Savers deemed the accounts secure, and they still offered easy cash access. But recently, many have lost faith.

Burg-Waechter KG, Germany’s biggest safe manufacturer, posted a 25% jump in sales of home safes in the first half of this year compared with the year earlier, said sales chiefDietmar Schake, citing “significantly higher demand for safes by private individuals, mainly in Germany.”

“Safe manufacturers are operating near their limits,” said Thies Hartmann, managing director of Hamburger Stahltresor GmbH, a family-owned safe retailer in Hamburg, which he says has grown 25% since 2014. He said deliveries take longer from safe makers, some of which are running three production shifts.

Germans point to the European Central Bank, which since 2014 has tried to reignite eurozone inflation by pushing interest rates below zero. Savers now face the prospect of being charged fees on their deposits. Some companies and large private depositors already incur charges.

The latest such sign that penalty rates are creeping in comes from a small cooperative bank in the Bavarian town of Gmund on the Tegernsee lake. As of Sept. 1, the bank, Raiffeisenbank Gmund, will charge its customers 0.4% on deposits above €100,000. Some 140 customers with total deposits worth €40 million are affected, said management board member Josef Paul.

In a country where few people buy stocks, the possibility of having to pay fees on deposits has turned savers’ world—and their piggy banks—upside down.

“The moment the bank tells me I have to pay interest on my deposit I’ll take my €50,000 or whatever it is and put it under my pillow, or buy a safe and stick the money inside,” saidDagmar Metzger, a 53-year-old entrepreneur in Munich.

Ms. Metzger, a game hunter, said she would also consider squirreling cash away in her gun cabinet, which has solid locks.

Paying to save is “preposterous,” said Marlene Marek, 58, owner of a Frankfurt bistro. “I would rather withdraw my money and stash it at home, or keep it in a safe-deposit box at a bank.”

‘The moment the bank tells me I have to pay interest on my deposit I’ll take my €50,000 or whatever it is and put it under my pillow, or buy a safe and stick the money inside.’

Many Germans have a similar idea, creating waiting lists for safe-deposit boxes in some big cities. So a growing number of Germans prefer self-sufficiency.

“When you put money in a safe-deposit box, everyone notices, and you’re paying fees,” said Mr. Wiese, the Hamburg retiree, who said his new safe is roughly twice the size of a hotel safe.

Banks and other financial institutions themselves are also keeping more cash. Reinsurance giant Munich Re AG said earlier this year it would cache over €20 million in cash in a safe, alongside gold bars the company stockpiled two years ago.

Part of the motivation is a dearth of alternatives. Dwindling returns on life-insurance policies and rising real-estate prices—traditional German retirement investments—mean people are letting their money languish.

Germans are particularly focused on safes because they prefer cash to plastic. “Only cash is real,” goes an old saying.

Roughly 80% of German retail transactions are in cash, almost double the 46% rate of cash use in the U.S., according to a 2014 Bundesbank survey. Germans also keep more cash in their wallets and visit ATMs more often, withdrawing on average $256 at a time, the study found. Americans withdraw $103 on average.

Ms. Metzger is a member of an activist group demanding the existence of cash be guaranteed in Germany’s constitution.

“I don’t want to become completely transparent,” she says.” I don’t want everyone to know whether I buy chocolate, strawberries or mangoes at the store.”