Crackdown on terror financing, black money is a global challenge 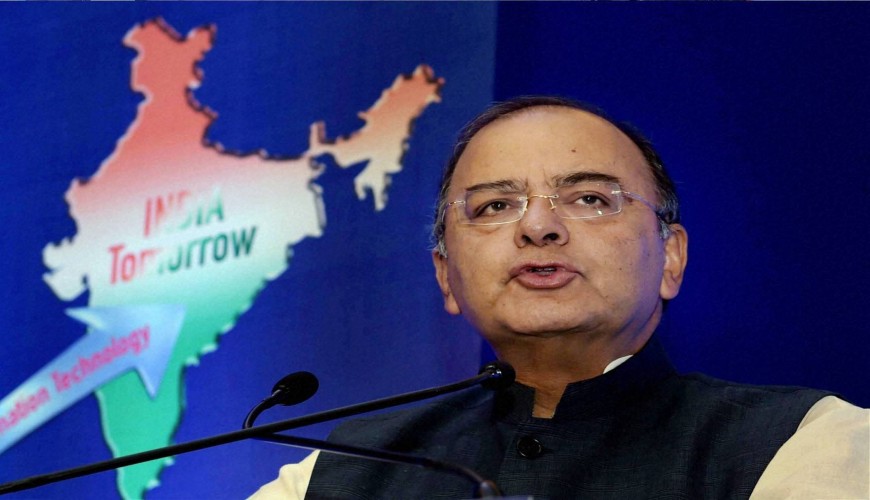 Crackdown on terror financing, black money is a global challenge

by Ashok B Sharma
Vijayvaani.com

The spurt in terror strikes across the globe has shown the growing spread of the terrorist network that radicalizes people to target innocent lives. Different terror outfits have sprung up and are present in almost all parts of the world. Unfortunately, the United Nations has not yet been able to negotiate the Comprehensive Convention on International Terrorism. The draft is stuck in attempts to define terrorism and what constitutes an act of terror. More controversies are awaited over the concept of “good” terrorists and “bad” terrorists. How much of more bleeding can the world afford from this growing menace?

Some terror outfits enjoy state support and are engaged in proxy war against its immediate neighbours. But it is also noticed that countries that nurture proxy terrorism against others have also become victim of their homegrown terror attacks. Recently, a terrorist who was shot down in the Kashmir valley in India was hailed as a martyr in the neighbouring country.

Lessens need to be learnt. If the world leaders are at present not able to arrive at a consensus on a Comprehensive Convention on International Terrorism, efforts should be made to scuttle the source of finance to terror outfits. Drug trafficking is a major source of finance and this needs to be effectively dealt with on a global scale.

India, located in proximity to major poppy growing areas of the world and hemmed in between ‘Golden Crescent’ in the north-west and the ‘Golden Triangle’ in the north-east, is most vulnerable to drug trafficking as a transit route. Incidentally, in recent times, terrorists followed the same route of drug traffickers to launch an attack on the Pathankot air base in Punjab, India.

India joined a group of 48 countries (now over 90 countries and jurisdictions) as “early adopters” of the new standards and committed to exchange information automatically by September 2017 and September 2018. Besides, the Global Forum on transparency and exchange of information for tax purposes will peer review the implementation in different countries. India is one of the vice chair of both the peer review and steering groups of the Global Forum.

The AEOI is a much improved mechanism over the plethora of Double Taxation Avoidance Agreements (DTAAs), Tax Information Exchange Agreements (TIEAs), US initiated treaty based on its Foreign Accounts Tax Compliance Act (FATCA). Mutual Legal Assistance Treaties (MLATs) and multilateral ones like Multilateral Convention on Mutual Administrative Assistance in Tax Matters (MCMAA), SAARC Limited Multilateral Agreement, Egmont Group of Financial Intelligence Units (FIUs), Joint International Tax Shelter Information Centre (JITSIC) that India have signed.  It is worthwhile to see how effectively the CRS on AEOI works in future, particularly keeping in view the concerns raised about confidentiality of bank accounts at London G20 summit and the following declaration which expressed “the era of banking secrecy is over”.

Many of the DTAAs and TIEAs signed by India have limitations and shortcomings. Under DTAAs, information may be exchanged on a spontaneous basis without making a specific request, but it all depends upon the willingness of the supplying side. Spontaneous exchange of information normally does not take place under TIEAs. Under MCMAA, provision exists for spontaneous exchange of information, but the convention lacks a common reporting standard to be followed.

Requests to be made for sourcing information are subjected to certain conditionality, particularly in some DTAAs and TIEAs. The provisions for assistance in collection of taxes are present in only 48 out of 94 DTAAs and three out of 16 TIEAs that India have signed. Under MCMAA, the signatories can place a reservation against providing such assistance. In many cases it is difficult to get information for the period prior to the entry in force of the bilateral treaty.

In some bilateral tax treatises, information received can be used for non-tax purposes like combating money laundering, corruption and terrorist financing, if such use is permissible under the laws of the supplying country. The scope of cooperation under MLATs varies from treaty to treaty, but is normally quite wide. MLAT can be used for assistance only in criminal matters emanating out of proceedings under direct taxes and not for other tax enquiries. Under MLATs assistance may be denied for political or security reasons or if the criminal offence in question is not equally punishable in both the countries.

Under Egmont Group of FIUs, the information provided on money laundering and financing of terrorism will not be used as evidences in any departmental or judicial proceedings. The treaty on IGA Model 1A under FATCA that India has signed with US is not based on full reciprocity in providing information and US has acknowledged the need for equal level of reciprocity and is set to review it by the year end.

Apart from sincerely implementing the CRS on AEOI under the oversight of the Global Forum within the stipulated timeframe, the G20 should further deliberate on evolving a common standard in appropriate cases for simultaneous tax examination, tax examination abroad by requesting country, industry wise exchange of information, joint audit by participating countries, service of document in another country, assistance in collection of tax that find mention in some bilateral treaties, but are not implemented in practice.

The G20 project on base erosion and profit shifting (BEPS) that has identified 15 areas where action is needed, should be implemented as early as possible to ensure that profits are taxed where the economic activities that generate them are carried out and where value is created and transfer pricing outcomes should be in line with value creation, particularly in the context of intangibles.

India has signed has signed 34 bilateral agreements/MoUs on prevention of trafficking in narcotic drugs, psychotropic substances and precursor chemicals with 34 countries and has been carrying out “controlled delivery” and joint operations in cooperation with some countries like US, UK, Hong Kong SAR, Thailand and China to target international drug trafficking syndicate resulting in some limited success. New Delhi is also a signatory to three international conventions on narcotic drugs, psychotropic substances and precursor chemicals and participates in ASEAN Regional Forum, BIMSTEC and BRICS to deliberate on this menace. However, 1993 SAARC Convention on Narcotic Drugs and Psychotropic Substances has not been implemented with sincerity.

India has joint working groups on counter terrorism with 29 countries and two groupings like EU and BIMSTEC. It has signed Extradition Treaty with 45 countries, out of which only with countries like Sweden, Tanzania, Italy, Australia, Singapore, Sri Lanka, Papua New Guinea, Fiji and Thailand the arrangement is on basis of reciprocity. Absence of an adequate Comprehensive Convention on International Terrorism has made extradition process difficult and cumbersome. At home, India also needs to adequately strengthen its domestic laws like Indian Penal Code, Criminal Procedure Code, Indian Evidence Act and other relevant laws to empower investigation and prosecution in matters relating to organized crime and terrorism.