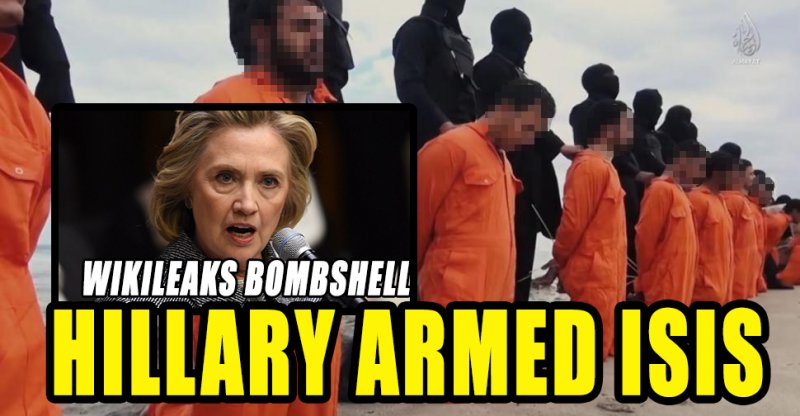 Secretary of State Hillary Clinton was well aware that the U.S. was sending arms from Libya to Syria in 2011, just a year before the Benghazi consulate attack.

Hillary Clinton denied knowing about the weapons shipments when she testified under oath in early 2013.

That testimony is below:

Julian Assange, Wikileaks founder, and editor in chief stated that he has Hillary Clinton emails in his possession that prove otherwise.

Well, WikiLeaks has become the rebel library of Alexandria. It is the single most significant collection of information that doesn’t exist elsewhere, in a searchable, accessible, citable form, about how modern institutions actually behave. And it’s gone on to set people free from prison, where documents have been used in their court cases; hold the CIA accountable for renditions programs; feed into election cycles, which have resulted in the termination of, in some case—or contributed to the termination of governments, in some cases, taken the heads of intelligence agencies, ministers of defense and so on. So, you know, our civilization can only be as good as our knowledge of what our civilization is. We can’t possibly hope to reform that which we do not understand.

So, those Hillary Clinton emails, they connect together with the cables that we have published of Hillary Clinton, creating a rich picture of how Hillary Clinton performs in office, but, more broadly, how the U.S. Department of State operates. So, for example, the disastrous, absolutely disastrous intervention in Libya, the destruction of the Gaddafi government, which led to the occupation of ISIS of large segments of that country, weapons flows going over to Syria, being pushed by Hillary Clinton, into jihadists within Syria, including ISIS, that’s there in those emails. There’s more than 1,700 emails in Hillary Clinton’s collection, that we have released, just about Libya alone.

According to Assange, he will be releasing more of these – and other hacked emails – in his “Hillary Leaks” series.