When and Why was the Tavistock Institute Established? 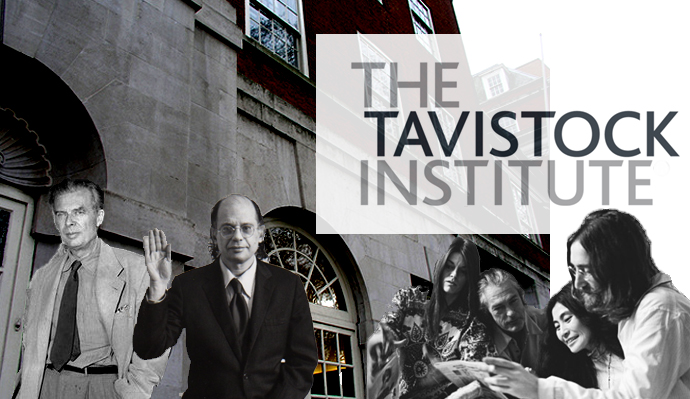 When and Why was the Tavistock Institute Established?

This group was formed at Oxford University, London, by the Royal Institute of Of International Affairs in 1922. Major John Rawlings Reese, a British Army technician, was instructed to set up the largest brainwashing facility in the world at the Tavistock Institute for Human Relations as a part of Sussex University.

This became the core of Britain’s Psychological Warfare Bureau. It was Tavistock-designed methods that got the United States into the Second World War and which, under the guidance of Dr. Kurt Lewin, established the OSS, the forerunner of the CIA. Lewin became the director of the Strategic Bombing Survey, which was a plan for the Royal Air Force to concentrate on bombing German worker housing while leaving military targets, such as munition plants, alone. The munition plants on both sides belonged to the international bankers who had no wish to see their assets destroyed. The idea behind saturation bombing of civilian worker housing was to break the morale of the German worker.

It was not designed to affect the war effort against the German military machine. Lewin and his team of actuaries reached a target figure, that if 65% of German worker housing was destroyed by nightly RAF bombing, the morale of the civilian population would collapse. The actual document was prepared by the Pru-dential Assurance Company. The RAF, under the command of “Bomber” Harris, carried out Lewin’s plans, culminating in the terror firestorm bombing of Dresden, in which over 125,000, mainly old men, women and children, were killed.

The truth of “Bomber” Harris’s horror raids on German civilians was a well kept secret until long after the end of WW II. Today its primary mission is to establish a global brainwashing and opinion forming network. This institute is the originator of the Aquarian Conspiracy, designed to weaken the nations of the world by encouraging drug use, free sex, homosexuality and lesbianism. It has been very successful in the United States. It works through many research institutes and think tanks. The principal ones in the United States are the Stanford Research Institute, Rand Research and Development Corporation, the Institute For Policy Studies, the Aspen Institute, the Hudson Institute, and the Brookings Institute. Tavistock runs over 30 research institutions in the United States.

These Tavistock-U.S. institutions have in many cases grown into gargantuan monsters, penetrating every aspect of our government agencies and taking command of all policy making. One of Tavistock’s chief wreckers of our way of life was Dr. Alexander King, a founder member of NATO and a favorite with the Committee of 300, as well as an outstanding member of the Club of Rome.

When it was decided that a super-body would control European affairs, the RIIA founded the Tavistock Institute, which in turn created NATO. For Five years NATO was financed by the German Marshall Fund. Dr. King was assigned by the Club of Rome to destroy America’s education by taking control of the National Teachers Association and working in close conjunction with certain law makers and judges. Scientists engaged in the process of conditioning are called “social engineers” or “new-science social scientists” and they play an integral part in what we see, hear and read. The “old school” social engineers were Kurt K. Lewin, Professor Hadley Cantril, Margaret Meade, Professor Derwin Cartwright and Professor Lipssitt who, together with John Rawlings Reese, made up the backbone of new-science scientists at Tavistock Institute.

To understand the big picture, continue reading at the folling link:
The Tavistock Institute of Human Relations