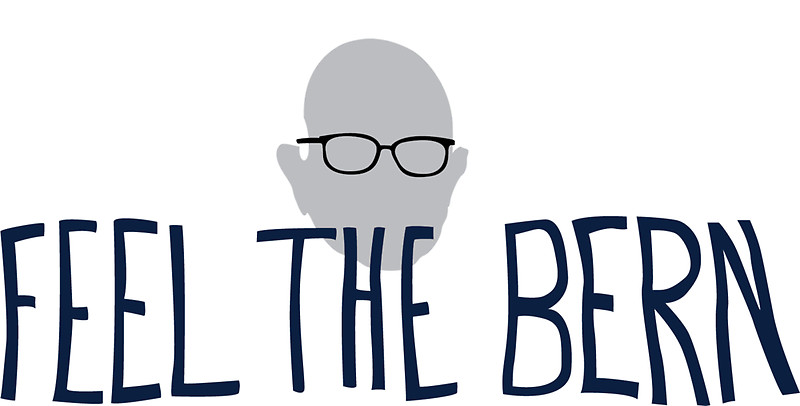 HuffPo Headlines Below Tell The
Whole Story of Democratic Deception

“Feel the Bern” never had so much meaning!

At this point of the Democratic Convention there are two narratives about the Bernie Sanders phenomenon which are emerging.  Both of these have legs and will eventually trample all over the Bern and his legacy if he does not watch out.

The first one is that he has been outright bought by the Clintonistas and that he is now transparently betraying his base of supporters.  He’s not even a Democrat throughout most of his political career so why would he throw it all away, except that he received an offer he simply couldn’t refuse from the Clinton Crime Family.

The second narrative is that he played a quite willing role during this campaign season to corral all the real progressives, ultra-liberals, left wingers, socialists-at-heart, dyed-in-the-wool communists and true Democrats into a pen of support for the Clinton ticket. Of course, this plot, if it is true, would constitute a betrayal of a much higher order.

Then there is a scenario that stands between these two.  This hybrid scenario includes an infinite number of permutations but still ends with the very same conclusion: a deliberate betrayal of his base.

Now, here are the HuffPo headlines which portray the real Bernie.  Pictures do express a thousand words … and even more sometimes, as they do here. Can you believe that Bernie actually:

Warns Supporters: ‘Our Credibility As A Movement Will Be Damaged’

As if he hasn’t already shredded his own credibility by throwing his support to Comrade Clinton.  What sheer audacity!  Even after all the email evidence of real DNC conspiracy, which has since gone global and depicts without question the plot to deprive him of his Democratic right to seek the party’s nomination, he still backs her!?!?!?

The recklessness of this betrayal and/or cowardice to stand up for the principle that he fought long and hard for are both stunning and shocking, unparalleled and unbelievable.

Yes, you would expect this behavior from a typical Beltway politician.  That’s what they do. Bernie never presented such a repulsive profile, so it’s difficult to apprehend the profundity of this naked betrayal.

Perhaps he was really telling his fans and devotees all along that YOU are really gonna: “Feel the Bern”

We get it Bernie.  Most of us had nothing to do with your Pied Piper campaign, and yet we are feeling their Bern … BIG TIME!

In view of this real-time, in-your-face, prime-time betrayal, there can only be one response by the millions of Berniacs nationwide.  Make Bernie, and particularly his Democratic co-conspirators, really “Feel the Bern”. By all means do not show up to vote for the Clinton Crime Family.  But if you do vote, vote for Trump, or anyone else you feel will make the best POTUS.

However, if you really want to reciprocate in a perfectly appropriate way, a vote for Donald Trump would really get their goat.  And it’s exactly what the Democratic Party deserves.  Their treacherous and despicable conduct is without precedent, and they need to be taught a lesson that they will never ever forget.

There is an outsode chance that Bernie Sanders is using his campaign to burn the Clintonistas.  Please hear us out!  Bernie knows that the Clinton Crime Family will kill anyone who gets in their way; he’s not stupid.  He also knows that if he plays their game according to their script, his ardent supporters will carry the ball across the goal line.  He has already played quarterback for most of the game; now his multitude of Berniacs can finish the job. He cannot do it, at the risk of early death or personal destruction.  In this hypothetical role of benevolent double-crosser, he has no choice but to perform a scandalous betrayal so that the DNC would be duly impressed.  And, more importantly, so that his troops would get so fired up and that they would tear down the Democratic Party, once and for all.  This scenario is presented only because of how inconceivable the Bernie betrayal truly is, and diffcult to comprehend his crazy thinking.

SOTN has made it quite clear where we stand on the outright betrayal by Bernie Sanders. As follows:

No, Bernie, your supporters will NOT support Hillary—EVER! Not after you seriously Berned your campaign team and supporters.

BERNIE: Were you set up? How can you back a known warmonger, hardened corporatist and pathological liar?

Bernie Must Finally Say It: Hillary Is A Total Fraud!

BS Bernie To Back TPP As Well As Hillary!

Is Bernie Merely An Opportunist?