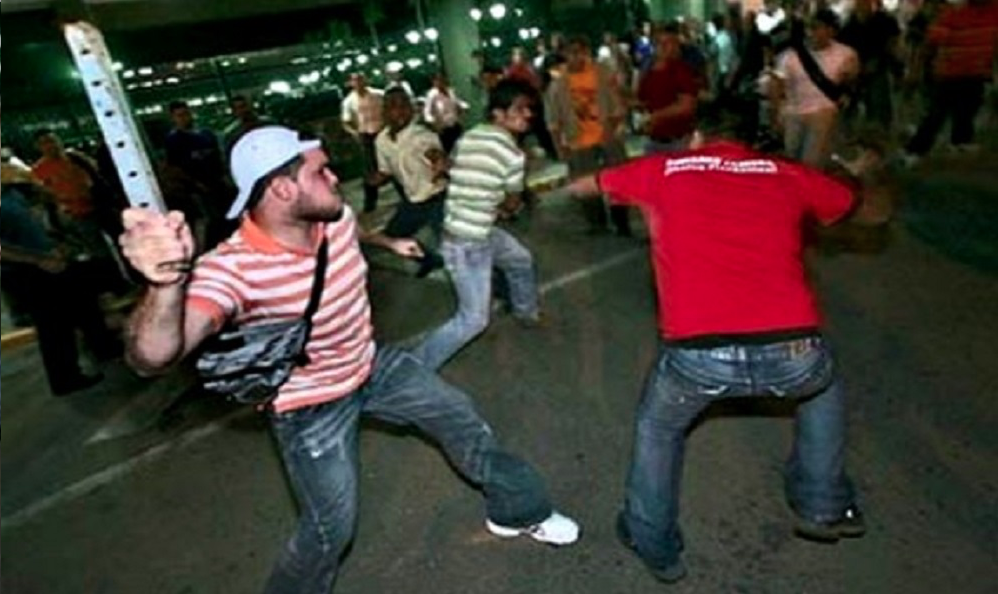 Venezuelan authorities are conducting an internal investigation into the assassination of retired Army Major General Felix Velasquez, which is the latest case in a surge of killings targeting pro-government public officials and activists. In recent months, Western mainstream media outlets have remained silent regarding the violence waged against government supporters, left-wing activists and public servants, which many believe is an attempt to undermine the future of the Chavista movement in the country.

May 2016: Retired Venezuelan Army Major General Felix Velasquez was shot dead while driving his car in Caracas. Venezuelan police are investigating the crime to clarify the true motives of the assassination. So far, two suspects have been detained. According to Interior Minister Gustavo Gonzalez Lopez, the two suspects are policemen from the opposition-held Caracas borough of Chacao.

March 2016: Marco Tulio Carrillo was “shot repeatedly” outside his home in Trujillo. Carrillo was the mayor of the La Ceiba municipality, and a member of President Nicolas Maduro’s United Socialist Party of Venezuela (PSUV). Two suspects have been arrested to due their involvement with the murder.

March 2016: Socialist legislator Cesar Vera was shot in Tachira state. Vera was a member of the Great Patriotic Pole, a political coalition of parties aligned with the PSUV. A member of a Colombian paramilitary group was arrested in connection to the murder.

March 2016: Two Venezuelan police personnel were killed after a protest in a Tachira university turned deadly.

January 2016: The well-respected journalist and prominent Chavista Ricardo Duran was murdered outside his home in Caracas. One suspect was arrested in connection to his murder.

March 2015: Local council member Dimas Gomez Chirinos, 47, was shot dead alongside his 20-year-old son, Eli David Gomez in the western state of Falcon, Venezuela. Gomez was also a member of the ruling PSUV. Three suspects were arrested in connection to the brutal killing.

May 2014: Rafael Celestino Albino Arteaga, 44, Vargas state chief of the Venezuelan Bolivarian Intelligence Service (SEBIN), was shot dead by an unidentified male assailant in a shopping mall in the western city of Maracay.

April 2014: Major Otaiza, a friend and ally of the late president Hugo Chavez, was shot dead outside the capital, Caracas. Otaiza was named direction of national intelligence early in Hugo Chavez’s presidency. Following his death, Venezuelan Police arrested seven people in connection with the murder of the former public official.

February 2014: The high-profile killing of Robert Serra (27), a legislator of the PSUV, and the National Assembly’s (AN) youngest parliamentarian, was found dead in his Caracas home. In December 2013, Serra was elected as a local counselor for the PSUV in the Libertadores area. An investigation revealed that Serra’s assassination was planned by paramilitary leader in Colombia, Padilla Mendoza.

February – June 2014: Violent opposition protests, known as the Guarimbas, formed part of the widespread violence, which left 43 dead, over 870 injured and about 2,500 arrested. However, around half of the deaths were deemed to have been directly caused by opposition violence.