US and Russian fighters in dramatic showdown over Syria 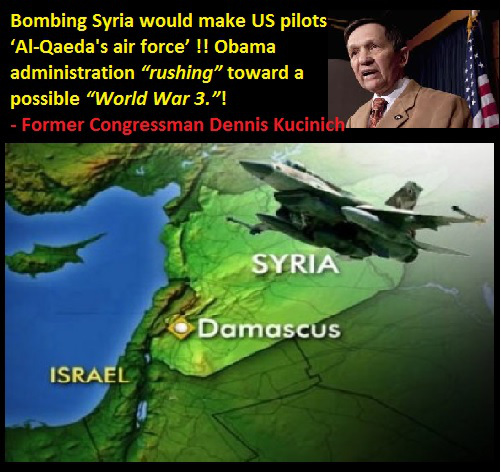 US and Russian fighters in dramatic showdown over Syria

By TED THORNHILL FOR MAILONLINE

US and Russian warplanes were involved in a dramatic showdown over Syria after the Russian fighters bombed US-backed Syrian opposition forces.

The mid-air confrontation occurred between F/A-18 fighters scrambled by the Pentagon and several SU-34s, Moscow’s most advanced bombers.

The Russian jets had struck a 200-strong garrison of Syrian rebels fighting the Islamic State in At-Tanf, near the Jordanian border. A mid-air confrontation occurred between F/A-18 fighters scrambled by the Pentagon and several SU-34s, Moscow’s most advanced bombers (pictured)
_

When the F/A-18s approached the Russians moved out of the area, but when the US fighters paused to refuel they returned and struck the base again, killing paramedics tending to those wounded in the first attack.

The Russians had been ordered to back off by the US pilots directly using a special communications channel set up to prevent air accidents, according to The Daily Beast.

A US official told The Los Angeles Times: ‘It’s an egregious act that must be explained. The Russian government either doesn’t have control of its own forces or it was a deliberate, provocative act. Either way, we’re looking for answers.’

However, the Russian military on Sunday rejected accusations that it had deliberately targeted US-backed Syrian opposition forces, arguing the US had failed to warn about their locations.

Russian Defense Ministry spokesman, Maj. Gen. Igor Konashenkov said the area targeted in the strike was more than 300 kilometers (186 miles) away from locations earlier designated by the US as controlled by legitimate opposition forces.

The Pentagon said it held a video conference on Saturday with the Russian military to discuss Russian air strikes. When the F/A-18s (file image) approached the Russians moved out of the area, but when the US fighters paused to refuel they returned and struck the base again Clash: The showdown between the US and Russia occurred near the Jordanian border at At-Tanf
–

‘Russia’s continued strikes at At-Tanf, even after US attempts to inform Russian forces through proper channels of ongoing coalition air support to the counter-ISIL forces, created safety concerns for US and coalition forces,’ it said in a statement.

Konashenkov retorted that the Russian military had warned the US in advance about the planned strike, but the Pentagon had failed to provide coordinates of legitimate opposition forces, ‘making it impossible to take measures to adjust the Russian air force action.’

He added that the Russian military had proposed months ago to share information about locations of various forces involved in military action in Syria to create a comprehensive map, but the Pentagon hasn’t been forthcoming.

On a conciliatory note, he added that Saturday’s video conference with the Pentagon was ‘constructive,’ reflecting a shared desire ‘to improve coordination in fighting terrorist organizations in Syria and avoid incidents while conducting military operations there.’

The video conference was held as part of bilateral communication channels intended to prevent incidents in the crowded skies over Syria.

Russian President Vladimir Putin pulled back some of Russia’s warplanes in March in what he described as a move to help encourage peace talks, but the military has maintained a strong presence at the Hemeimeem air base in Syria’s coastal province of Lattakia, Assad’s Alawite heartland.