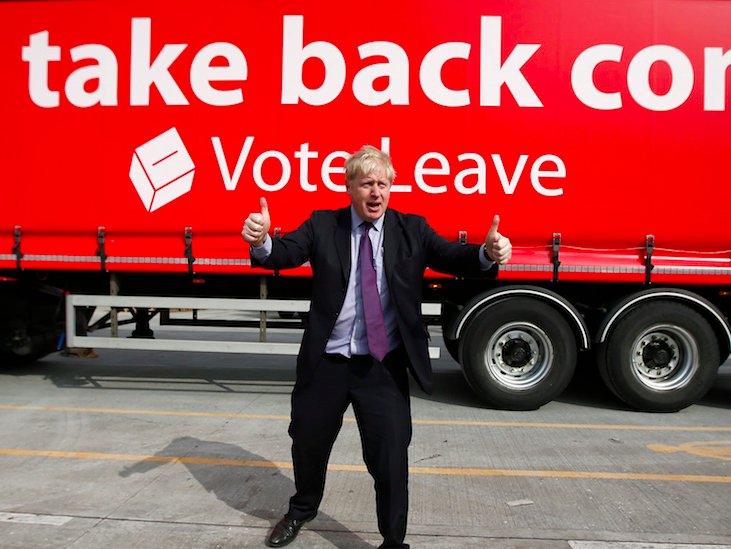 … but it seems that the Left does not understand it

After 41 years, “it will be the second time the British electorate has been asked to vote on the issue of Britain’s membership: the first referendum was held in 1975, when continued membership was approved by 67% of voters.” [wikipedia.org]
–
A lot of things have changed since then. Ironically, Britain was setting the foundations of the most repulsive Europe we’ve ever seen, back then. Little later, Margaret Thatcher would become the central political figure that would bring the brutal neoliberalism at the heart of the European politics. The neoliberal doctrine would conquer the Popular Right and Social Democrats that increasingly became the most corrupted and lobby-occupied political powers in the Continent, until today.
–
Neoliberalism offered a false prosperity which wouldn’t last too long. As a consequence, the Left was almost vanished from the European political scene for decades. But now, neoliberalism is using the economic crisis inside the eurozone as a pretext to drive Europe into the new dark era of the banking-corporate neo-Feudalism. It seems that the Left has been caught completely unprepared to diagnose the new conditions, in order to react dynamically and fast.
–
In a previous article under the title Demonizing pro-people policies, it was mentioned that “The demonization propaganda is launched every time that a “radical” comes to disturb the plans of the ruling elite. Tsipras in Greece has been defeated for now, but the ruling class couldn’t avoid the rise of Corbyn in UK, Iglesias in Spain and Sanders in US. Think about it. These guys are called “radicals” by the dominant system mechanisms, just because they want to defend whatever can be saved from the Tsunami of the neoliberal barbarism. They are not even close to the real Left radicalism.”
–
Indeed, the behavior of a significant part of the European Left concerning the British referendum tomorrow, shows that there is nothing “radical” inside its “mutated” DNA. The moderate part of the European Left, even in front of such a dramatic decline of the European principles today, appears to be unwilling to fight – by using every available weapon – against the onslaught of the neoliberal barbarism.
–
Yesterday, the Greek PM, Alexis Tsipras, condemned emphatically a possible result towards Brexit. He did it next to Jean-Claude Juncker who visited Greece. Another truly repulsive picture: the “Leftist” Tsipras wouldn’t dare to say anything different in front of the lobbyists’ representative, even if he wanted.
Yet, while we should expect such a behavior from the “mutated” Tsipras and what is left from his party, SYRIZA, what should we say about Jeremy Corbyn? Why the most “radical” politician in the leadership of the Labour Party for decades, stands so clearly against Brexit?
–
A possible answer is that Corbyn, Iglesias, Tsipras, and others from the moderate European Left have made completely wrong diagnosis of where things are going. They think that a possible Brexit will be a significant loss against their dreams of a united Europe inside the framework of the Leftist internationalism. They live with the illusion that Europe can change course towards this type of internationalism, while in reality Europe has been directed with high-speed to the exactly opposite direction: the neoliberal internationalism through which the banking-corporate neo-Feudalism will soon become a reality.
–
It looks as if they don’t realize that Europe needs a restart and that they should use every chance available right now to fight neoliberal internationalism.
–
Inevitably, the Far-Right took the chance to take exclusively the role of the political power against this neoliberal internationalism, through its own agenda of course. And we’ve already seen the terrible results: the Cox assassination and the fact that it has been exploited by the establishment to change the balance against Brexit.
–
Unless the Left decide to do the right diagnosis and fight this war determined and united, the picture of Europe will become even more darker and repulsive: a neo-Feudal Europe with the extreme nationalism doing the dirty work against any remains of Democracy, rights and freedoms.
___
http://failedevolution.blogspot.gr/2016/06/brexit-would-be-decisive-strike-against.html