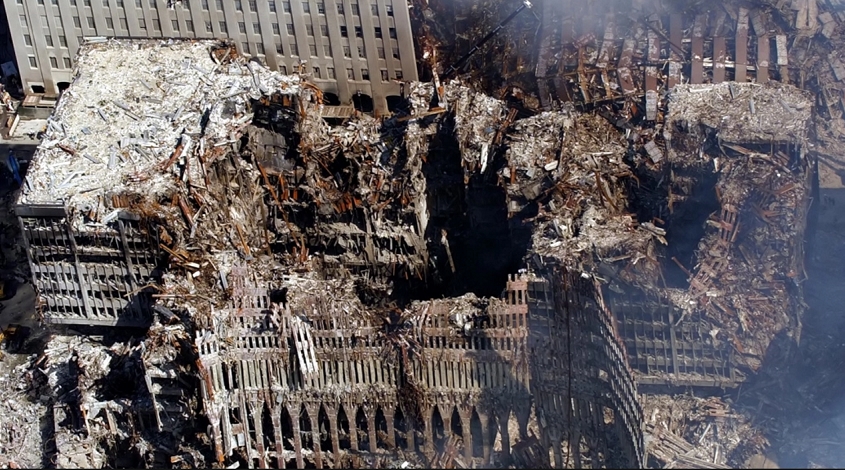 by Walter Bosley
Empire of the Wheel

I don’t intend to write a book about this particular thought but it happens to resonate with what I’ve written in Empire of the Wheel 3: The Nameless Ones thus I feel compelled to at least post it here.

Just a few days ago, I received a copy of Dr Joseph P. Farrell’s LBJ And The Conspiracy To Kill Kennedy and am reading it for the first time. My initial reaction was to wish I had read this book prior to writing EOTW3 but I’ve changed that position. I much prefer knowing that I’m not the only one out there — and certainly not the first — to suspect that certain events in US history were engineered acts of high magic perpetrated upon the psyche of the American people. I say perpetrated because I see these acts as criminal enterprises, or rather one big criminal enterprise with no good intention for the nation or its people. In EOTW3, you will find a list of said events that I identify as these acts of magic. I discovered that Dr Farrell includes some of the same major events that I do, specifically the assassination of JFK but those of MLK and RFK are also discussed in the same context so I’ll include them on his list as they are also on mine. Farrell includes the Atomic bomb, as do I in EOTW3.

The result of these inclusions, and the context in which they are discussed by Farrell in his book — especially within the theoretical framework of Micheal Hoffman, whose work I also cite — encouraged me, for I see that other serious researchers recognize the same idea. Even more confident that I am on the right track, my mind was set upon specifics of the events on my EOTW3 list that are not discussed in Dr. Farrell’s LBJ book. I intend to post my analyses of certain events on my list in this blog as an appendix to the list in EOTW3.

Essentially, I will identify the elements of the magical act in terms of an alchemical act. Permit me to quote Dr Farrell at length: LBJ, Farrell, Pg 191 Para 2:“…One of the goals of esoteric alchemy is the transformation of mankind (itself), that is, to create, via a magical operation, a transformation of consciousness in a group of individuals, in this case, the psyche of the American people and culture themselves…. In normal alchemical doctrine, this esoteric transformation is understood to be an operation of white, or ‘good’, magic to elevate and illuminate the consciousness of an individual, to make them more compassionate, more human. The JFK assassination, conversely, has all the hallmarks of black magic, of the evil searing, scarring and dehumanizing debasement of the American people.”That’s the point I’m reiterating here: That the JFK assassination and certain other events in US history have been engineered to destroy the will and higher humanity of the American people. Why us? Mainly because we’ve been the ones who have stood and defeated major political evils in the past century and more. Also because our experiment has offended certain global-minded elitists from the very start. We’ve been in their sights since the Revolution. Why an alchemical working? Why not just a conventional invasion? Because we’ve been attacked before and, until the working we’ll look at here, attack or invasion served to piss us off and make us rather formidable. A psychological attack is more effective and complete.So, let’s give credit to Michael Hoffman, as does Dr Farrell, and consider the three essential alchemical workings in a few of these magical acts like assassinations:

1.  The bringing of the Philospher’s Stone or prima materia from the heavens to Earth and embodying it in a physical three-dimensional form.

2.  The creation and destruction and that prima materia.

3.  The Killing or Sacrifice of the King.

Chapter Five of Farrell’s LBJ book provides his application of this three-step process to the JFK assassination. You will find it very interesting. Here I suggest this process was applied to the 9/11 World Trade Center attacks in New York and the Pentagon in Washington DC.

1.  The bringing of the prima materia to Earth from the heavens.

270 lunar rocks were brought to Earth by NASA’s Apollo program and two thirds of them are missing, one source numbering the missing rocks at 180. These rocks are of the Moon, not of Earth, thus are from the “heavens”. The Apollo Moon rocks represent the prima materia.

Of the rocks missing are those gifted to ten nations around the world, one of them Malta, which has a history of esoterica. However, two US states, Delaware and New Jersey cannot account for their missing lunar rocks. The point is, almost two hundred samples of prima materia are missing and have been for years.

Where are they? Who has them? What might they be doing with them?

Anyplace, anyone and anywhere. I say the perpetrators of 9/11 (not necessarily the morons who hijacked the planes) have lunar rocks in their possession.

2.   The creation and destruction of the prima materia.

Consider what Farrell said above, that the JFK assassination was an act of black magic, emphasizing the negative. In that context, we’ll apply here the destruction of the prima materia. Destroying the lunar rocks aka prima materia fulfills this step, it would simply require a piece of lunar rock be located where destruction takes place.

I have yet to find a NASA office or assets/resources located in the WTC on 9/11/2001, but there was a Department of Defense office in WTC 7 which was a casualty of that day. Not to mention the biggest DoD office of them all was attacked, The Pentagon. All it would have taken was a piece of lunar rock to be placed in a file cabinet, buried in a file. It could even have been a decorative paperweight on someone’s desk and they would not have had to know it was a lunar rock. The point would have been to have it in the right place at the right time to be destroyed in the attack.

What specifically does NASA have to do with the DoD? Chapter 7, Title 35 of the United States Code which identifies the National Aeronautics and Space Administration (NASA) as a defense agency of the United States. It is cited in Section 305(i) of the NASA charter. It isn’t merely the technological development that has benefitted both NASA and DoD that links the agencies, it’s formal. Therefore it is quite conceivable that a DoD office in WTC 7 could have possessed a piece of lunar rock aka prima materia. The same prima materia in the Pentagon is a no-brainer.

Now I do not think 9/11 was an inside job in the traditional sense. The Bush administration did not perpetrate these attacks. However, possible suspects unfortunately have links to DoD and NASA historically and likely at present. I was a counterespionage agent. There is a reason we put applicants to our ranks through extensive backgrounds and polygraphs and the like. Spies and double agents are a reality. I suspect, within the context of this analysis, that a lunar rock sample aka prima materia would have been put in place by one of these agents one way or another, even if just a gift to personnel assigned to WTC 7 or the Pentagon. However it would have been done, the prima materia simply needed to be at one of the attack sites to be destroyed.

3.  The Killing or Sacrifice of the King

In the past, kings and presidents have been murdered. With 9/11/2001, this was not the tactic. Instead, the Presidency of the United States itself was sacrificed. Since the 2000 election, the American people have been more divided about Presidential politics than we’ve ever been in modern times. In fact, a larger number of Americans simply choose not to vote. As many people as there are who question the 2000 election of George W Bush, there are easily the same number of people who question the legality of Obama’s election. Aside from the Bush and Obama controversies, Americans have divided into special interest demographics which demand a candidate to their exact liking or they simply do not vote. Cynicism and apathy with our electoral system is at a peak and is the reason for the critical mass of voters being reduced to a dangerously low number. Because enough people actually believe our presidential elections are completely rigged, they don’t participate — in spite of the fact that, if elections truly were all fixed, the perpetrators would not need to play games with hanging chads or ignore proof-of-citizenship standards. They could just lie about how many votes the winner got. The objective was to convince a large number of Americans that their vote doesn’t have any power and they have succeeded.

Essentially, the perpetrators did not have to assassinate Bush nor Obama to ‘Kill the King’. Both men are hated and untrusted equally, an alarming number of Americans have given up on presidential elections, and the Presidency has been at its all time lowest point of respect, in the years since 9/11/2001. This is a Sacrifice of the King.

So there are my thoughts on one event on my list of black magical acts committed against the psyche of the American people. I will add that I was in the Middle East when 9/11 happened. I tuned into the US broadcast of CNN (while waiting for more detailed info from professional sources as I was in the ME on a CT job) and saw nothing but panic and emotion, very little hard news, and the asshole Bill Clinton running around town ‘feeling everyone’s pain’. I had to tune into BBC and the English language broadcast of German news to get actual hard news reporting. American reporters were focused on emotions and drama and repeating scant details. That was noticable to me then. I returned home a month later and stayed in the DC area for an additional four months on protective detail in the aftermath. I observed more than the expected public shock that is natural and to be expected, I sensed something underneath the surface that seemed, frankly, robotic in nature. I am a military officer (inactive reserve), a former federal agent, a national security professional most of my adult life. Believe me, I love my country. I was in the friggin’ Middle East hunting the bastards down before and after. But there was something about the type of patriotism I was seeing that concerned me. More specifically, something about the psyche of everyone here after 9/11. It has never recovered.

Those are my thoughts. It’s what I have suspected for several years. There is something most unfunny strange going on here, folks. I’ll leave you with a last bit to chew on. It involves a concept called The Revelation of Method.

The Revelation of Method is essentially when you show your victim what you have done and can do to them and they are so traumatized already that they will do nothing to stop you or even consciously acknowledge it.

Is there a Revelation of Method of the 9/11/2001 attacks? Indeed there is and very few of you will even seriously consider it and then only a brief time if you do. The perpetrators behind the morons who flew the planes into the buildings have revealed what they did to the World Trade Center towers. It’s illustrated in detail in a little known book titled Where Did The Towers Go? by Judy Wood, PhD. Look at that book and ignore the noise of derision you might hear about the author and the book’s contents.

I’ll be back with another analysis of an event on my list of black magical acts committed on the American psyche. In the meantime, chew on the above.