French MPs have voted in favor of a resolution to lift the EU-imposed sanctions initially slapped on Russia over the crisis in Ukraine and the reunification with Crimea. The document is non-binding.

Fifty-five members of the French National Assembly have supported the resolution calling on the government not to extend the sanctions imposed on Russia by the EU. Forty-four voted against and two abstained. Of the 577 deputies in the National Assembly, the lower house of the French Parliament, 101 took part in the vote.

The resolution, calling on the French government to protest extension of EU sanctions against Russia, was submitted by 85 French MPs.

Thierry Mariani, member of the center-right Republicans party who initiated the parliamentary debate, says the document “calls on the French government not to extend the restrictive measures and economic sanctions imposed on Russia by the European Union.” 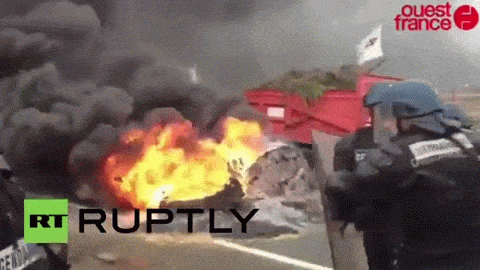 The debate on canceling sanctions was held at the National Assembly for the first time, the politician said. Mariani stressed that anti-Russian sanctions should be lifted because they only cause harm.

“We are demanding that the sanctions be lifted because they are totally ineffective and they are dangerous for our economy,” he told the Assembly.

“I have seen our minister of agriculture standing in front of our farmers and say ‘We have to lift the sanctions.’ I’ve seen the minister of finance reiterate the same thing. And all they do is say ‘We can’t do anything, Europe is to blame’,” the MP told RT, saying that while he is “part of the opposition,” regarding this matter he wants “to help the government.”

“France is constantly saying that it’s the birthplace of human rights, that the people’s will should always be respected. So now I’m waiting for France to accept the will of the parliament and demand the lifting of the sanctions during the next talks,” Mariani said in an interview with RT France after the vote.

The MP said that he does not know of any resolutions that haven’t been considered by the government, and said that Francois Hollande “must take the responsibility” and make a move towards a restrictions-free policy in relations with Russia.

If the parliament’s position on the issue is not accepted, “it will be the strongest slap in the face of democracy,” Mariani said. 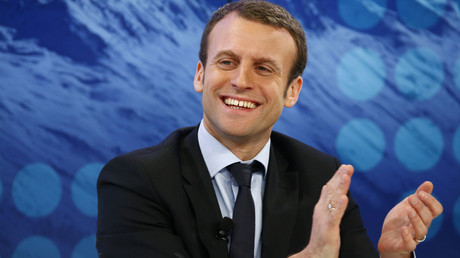 –
Earlier this year, France’s Minister of Economy, Industry and Digital Affairs Emmanuel Macron said that by this summer France will assist in lifting Western-imposed sanctions on Russia.

France’s agriculture has suffered significantly from the EU’s political decision. As a result of embargoes imposed by Moscow on European food products in response to the sanctions, French farmers have found themselves in increasingly difficult conditions. With reported losses of millions of euros in a number of France’s agricultural industries, the farmers’ unions have organized nationwide strikes designed to highlight their difficulties. Since 2014, French farmers have been setting their produce on fire and blocked roads with tractors in protest at their government’s policy against Russia.

In December last year, the European Union prolonged its sanctions against Russia – originally initiated in August of 2014 – for another six months. Italy initially delayed the decision to prolong anti-Russian measures, demanding the issue be discussed rather than merely rubber-stamped.

EU sanctions against Russia were first introduced in July 2014 for one year, and were later extended over the crisis in Ukraine and the reunification with Crimea.

The sanctions included imposing restrictions on lending to major Russian state-owned banks, and defense and oil companies. In addition, Brussels imposed restrictions on the supply of weapons and military equipment to Russia, as well as military technology, dual-use technologies, hi-tech equipment and technology for oil production.