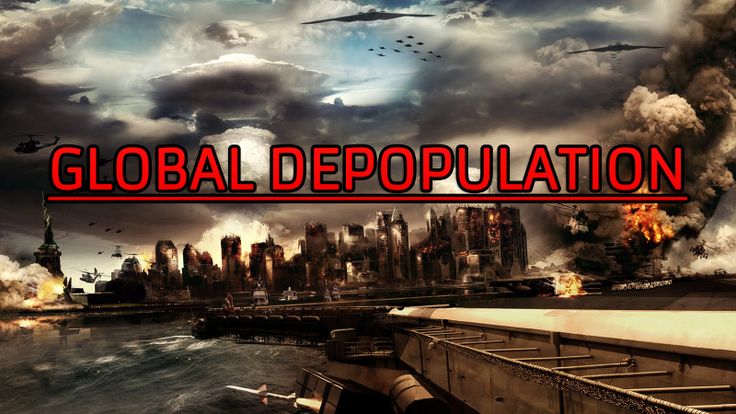 The Criminally Insane Psychopaths Responsible Must Be Arrested Post Haste

TMR Editor’s Note:
There is a nefarious plan afoot to depopulate the Earth… of ‘excess’ humanity whom the elite refer to as “useless eaters”.

The following excerpt addresses just one critical strategy of this depopulation scheme which is widely known as the super-vaccination agenda.

Most importantly, the systematic administration of state-mandated childhood vaccines constitutes a highly dangerous and deadly criminal enterprise.  Those government officials and corporate co-conspirators responsible for this ongoing chemical assault ought to be prosecuted to the fullest extent of the law.     —  State of the Nation

For those who question this ever-intensifying super-vaccination regime, the articles linked below shed additional light on it.

There are numerous ongoing government-corporate conspiracies at work throughout the USA which are integral to what is actually a global depopulation initiative.  The vast majority of them have been initiated by the scientific establishment working in tandem with the U.S. military.  For it is within the realm of the American Armed Forces that willing individuals of all ranks can be compelled to simply follow orders … even if those orders require the covert culling of populations across the planet through surreptitious means.

Whenever the corporate sector marries up with the government and, with the assistance of the premier scientific research institutions, conjures up plans to curb population growth, what good can come of it?  That is exactly the current state of affairs that plagues every continent save Antarctica.  The combined political, financial and military might of such a triad of power and influence (Corporate-Government-Scientific) is virtually unstoppable.

However, there is one extremely lethal weapon which can be leveled at this out-of-control entity—EXPOSURE!

The article posted below in its entirety is just one example of this crucial type of exposé as it represents investigative journalism at its best.  The extraordinary disclosures in the pdf posted at the end of the article are particularly eye-opening.

What’s the bottom line here?  “The Criminally Insane Psychopaths Responsible Must Be Arrested Post Haste.”   The simple point of fact is that We the People better remove them all from power, as well as strip them of their ill-gotten gains, before they finish implementing their depopulation plans.

Regular readers of Activist Post are probably well aware that we have posted many articles highlighting the insidious nature of globalist plans for depopulation. To our knowledge, we haven’t presented any that reflect the information offered below.

Kevin Galalae has produced a well-written and thorough 100+ page historical account of the policies and methods of depopulation in various countries around the world. It is clearly his view that the covert means by which this is taking place is an affront to humanity. We absolutely agree.

We would be remiss not to mention, however, that Activist Post cannot agree with Kevin’s central tenet that overpopulation is a catastrophic certainty where there is no other option left but to embrace governmental solutions – even if it’s conducted in the most humane and open way possible. Simply because it is transparent does not mean it’s the correct path.

Rather, we believe that without the imposition of central planners humanity likely wouldn’t have reached its current level of “scarcity.” New technology (and especially the eradication of destructive corporate agriculture which impedes food production) holds much more promise toward humanity’s prosperity – even at increased population levels – than does more central planning and legislation. Nevertheless, we cede that this is an enormously complex issue, and one that demands the engagement of every one of us, otherwise we will be left to live with the decisions of others rather than our own individual self-determination. In that spirit, and in the spirit of information and debate, we leave it to the reader to determine the best path forward based on the many statistics Kevin provides in his book linked below. We look forward to your comments.

Since the end of the Second World War and with the formation of the United Nations in 1945, international peace and stability have been maintained by controlling population growth. Unbeknown to the masses, governments have used covert methods to limit births in developed and underdeveloped countries alike and to accelerate deaths in Africa and a few critically poor and overpopulated areas elsewhere.

The methods used by every country to control population growth have been dictated by the level of development and the existing infrastructure as much as by political will or lack thereof and have either been imposed by force and deception from the outside or adopted willingly by the governing, military and scientific elites of nation states that have relied on the moral, technical and monetary assistance of the United Nations, its agencies, and the greater international community.

Regardless of the methods used to control population and whether they are imposed or self-imposed, strict secrecy and deception have been necessary to prevent the masses from discovering the bitter truth that for the past 68 years they have been the object of a silent and global offensive, a campaign of attrition that has turned the basic elements of life into weapons of mass infertility and selective death.

Without our knowledge or consent, governments the world over have subverted our reproductive freedom and ability to procreate to achieve ambitious and necessary demographic objectives and in the process have committed the most odious and wide-sweeping crimes in human history to save mankind from even greater evils: nuclear annihilation, mass starvation, and environmental devastation.

The birth of nearly two billion people has been prevented and the death of half a billion hurried. While these goals have been intentional, the architects of the Global Depopulation Policy have unintentionally undermined the genetic and intellectual endowment of the human species and have set back eons of natural selection. Their intentions have never been malevolent, but the unintended results of their actions are frightening.

It is the task of this book to reveal this silent offensive’s secret methods and insidious means, which make up the world’s greatest con, so that an awakening to the dire realities we face will prompt each and every human being on earth to demand a share of the responsibility and population control can be legislated across the globe, with little or no resistance, for the next three generations or until our numbers are sufficiently low to allow humanity to live in balance with nature and at peace with itself.

This is the only way our children will have a future and a life of dignity.

Kevin Galalae is the Founder of The People’s Protection Force, FreedominEducation.org