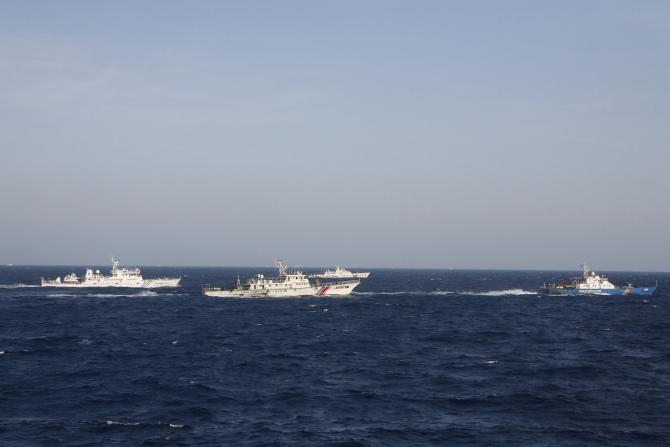 The territorial scramble for various resource rich areas in the East/South China Sea and specifically the Spratly islands has been a major point of contention involving China and most of its regional neighbors, recently expanding to the US which is determined not to let China have the upper hand, for nearly two years now, with occasional episodes of escalation that threaten the regional peace. One such episode took place on Thursday of last week when the Vietnamese coast guard seized a Chinese vessel for intruding into its territorial waters, according to a local report Saturday.

As the Nikkei reports, in a rare move for Vietnamese authorities against a Chinese vessel, the coast guard in the northern port city of Haiphong seized the ship carrying diesel fuel in the infamous Gulf of Tonkin on Thursday.

The WSJ adds that Border Defense Force of Haiphong City found the vessel carrying 100,000 liters of diesel oil Thursday near Vietnam’s Bach Long Vi Island in the Gulf of Tonkin, reported the An Ninh Thu Do newspaper, which is run by Hanoi Police Department. After seizing it, the force towed the ship to the city.

The paper said Vietnamese authorities are investigating the case.

The captain of the Chinese ship admitted to the intrusion, telling Vietnamese officials the ship was carrying fuel for Chinese fishing boats operating in Vietnamese waters, according to the report.

This is the biggest territorial escalation between the two countries since 2014 when China towed an oil rig to disputed waters in the South China Sea in 2014, triggering dangerous boat ramming and anti-China riots in Vietnam.

Officials from Vietnam and China haven’t yet commented on the seizure.