The Very Nasty Truth About the Panama Papers 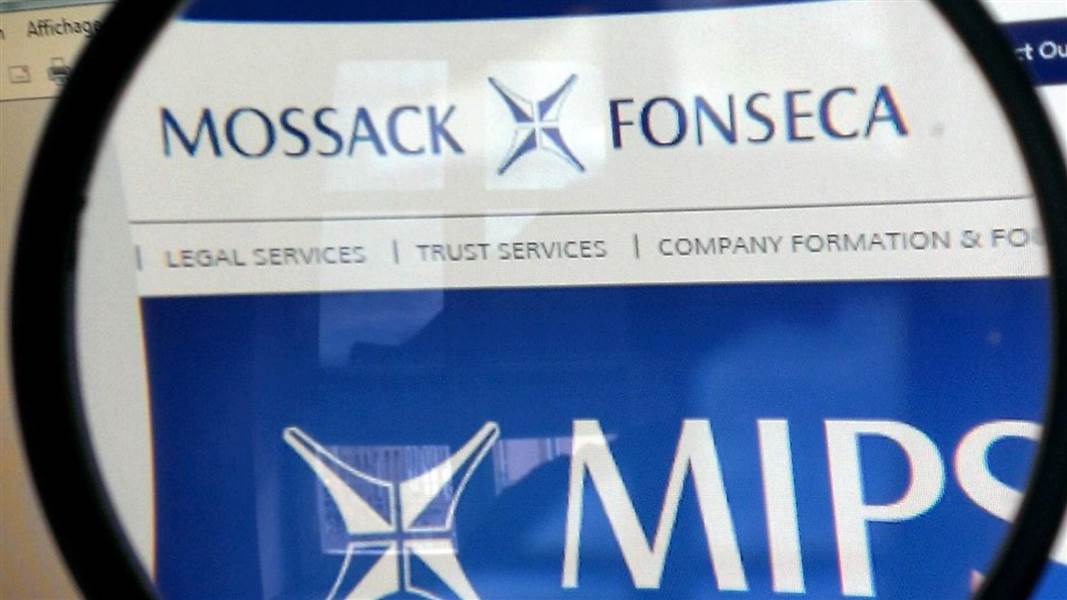 The Very Nasty Truth About the Panama Papers

Given to the Mossad…to seed, fabricate and censor…just like Wikileaks

The conduit for this information, European Department for Security and Information (DESI) Secretary General Haissam Bou Said, was threatened by Israeli security agents who may have had a part in the Brussels attacks and, moreover, DESI, an EU organization was threatened with sanctions for the leak. This is real investigative journalism… Gordon ]

The Panama Papers are a scam,real documents turned over to a Mossad run organization that now has dirt on even more people and more power to make a very nasty world an even darker and nastier place.  This is what Wikileaks was and is, as exposed by VT and Zbigniew Brzezinski in December 2010.

The filth of the world will be protected and the innocent, should such things exist, can be targeted in the name of “investigative journalism” as teams seed phony material in and launder out damage to the politicians, names like Netanyahu and Bush, Cheney and Guiliani, Hollande and Blair, Kasich and Snyder, Gingrich and Romney, especially Romney.

The Panama Papers are a leak to a German newspaper of tens of thousands of corporate records from a law firm in Panama that ran much of the world’s money laundering.  When a German newspaper received this dump over a year ago, they turned, unknowingly, to an organization actually run by intelligence agencies, in fact those with the most to risk from the leak itself, the International Consortium of Investigative Journalists.

The entire time this trove has been available it should have been in the hands of forensic accountants working for an agency or authority that none of us can name as such an agency simply doesn’t exist.  There is no international authority without an agenda to serve drug cartels and money launderers.

For the last year, lists of owners of thousands of phony corporations used to launder money, have been reviewed by dozens of “journalists.”  The result thus far has been to mention soccer officials, attack Russian president Putin and to smear the reputation of a well known worthless chiseler, Ian Cameron, father of slimeball David Cameron, long a blackmail victim tied to the News of the World “phone hacking scandal.

I am not going to begin to repeat what was found out about David Cameron, but “sick” is an understatement.  From Craig Murray:

“But why focus on Russia? Russian wealth is only a tiny minority of the money hidden away with the aid of Mossack Fonseca. In fact, it soon becomes obvious that the selective reporting is going to stink.

The Suddeutsche Zeitung, which received the leak, gives a detailed explanation of the methodology the corporate media used to search the files. The main search they have done is for names associated with breaking UN sanctions regimes. The Guardian reports this too and helpfully lists those countries as Zimbabwe, North Korea, Russia and Syria.

The filtering of this Mossack Fonseca information by the corporate media follows a direct western governmental agenda. There is no mention at all of use of Mossack Fonseca by massive western corporations or western billionaires – the main customers. And the Guardian is quick to reassure that “much of the leaked material will remain private.”

What do you expect? The leak is being managed by the grandly but laughably named “International Consortium of Investigative Journalists”, which is funded and organised entirely by the USA’s Center for Public Integrity. Their funders include

among many others. Do not expect a genuine expose of western capitalism. The dirty secrets of western corporations will remain unpublished.

Expect hits at Russia, Iran and Syria and some tiny “balancing” western country like Iceland. A superannuated UK peer or two will be sacrificed – someone already with dementia.”

Like Britain’s pedophile scandals, this one will lead the same way, the very old or targeted folks who got “out of line” will be thrown to the wolves.  The Mossad loves this dump, it gives them dirt on thousands of political leaders around the world they can now control even better.

As a real investigative journalist, with real sources in government, with first person sources watching drugs being smuggled out of Afghanistan, biological and chemical weapons out of Georgia or who has, with the team at VT, broken more stories in the past decade than all other publications combined, I know something about these things.

I also worked in banking as senior officer of an offshore banking operation and as a UN representative working with currency and “development” issues.  I saw it all first hand and know the mechanics very well.  I could teach this and probably should.

We know who the biggest players are in the Panama Papers.  The real list doesn’t start with David Cameron’s dad or a FIFA (soccer) official.  Bain Capital and Mitt Romney, followed by the Walton family of Walmart fame, the Canadian Bronfmans, Sheldon Adelson and, perhaps most newsworthy of all, several thousand corporations that tie the world’s drug cartels to American political leaders, including members of congress, state governors, city mayors, members of the US Supreme Court and a handful of former presidents.  Craig Murray goes further in his analysis:

“The corporate media – the Guardian and BBC in the UK – have exclusive access to the database which you and I cannot see.

They are protecting themselves from even seeing western corporations’ sensitive information by only looking at those documents which are brought up by specific searches such as UN sanctions busters. Never forget the Guardian smashed its copies of the Snowden files on the instruction of MI6.

What if they did Mossack Fonseca searches on every listed company in the western stock exchanges, and on every western millionaire they could trace?

That would be much more interesting. I know Russia and China are corrupt, you don’t have to tell me that. What if you look at things that we might, here in the west, be able to rise up and do something about?

And what if you corporate lapdogs let the people see the actual data?”

Back in 2012, two months prior to the presidential election, a former senior FBI official, actively employed by the FBI, came to us.  He had a story to tell.  He said that Mitt Romney, working with a series of financial organizations in the US including banks owned by the Walton family, maintained accounts overseas for hundreds of American political leaders.

The story of these accounts, not whose name was on them, but confirming they existed, hit the newspapers only a few short days before, citing Romney as having thousands of secret bank accounts in the Cayman Islands.

We were told of how Romney and Carlos Salinas, former president of Mexico, met at Harvard Business School, and together built an empire out of the drug cartels that, through buying 5 US Supreme Court Justices who passed “Citizens United,” legalized drug cartel bribery, done through corporations set up by a law firm in Panama with offices around the world.

The FBI had audio and video tapes of Romney with Maria Perez, his mistress in Cuba, daughter of former KGB chief Yuri Andropov and his Cuban mistress.  The tapes told of drug running and money laundering and more, so much more.

The source of the tapes was Mexican intelligence that had been after Salinas for years and had worked with our FBI source who had been the liaison between the US and Mexico on drug investigations through the 1990s. Of course we have all of these interviews recorded, some of them on YouTube.

The biggest single set of interlocking corporations that should have been exposed are tied to the nearly 3 trillion dollars missing from the US Department of Defense, money “disappeared” when the investigative records were mysteriously the victim of an aircraft accident on 9/11/2001 at the Pentagon, one of the most defended buildings on earth.

Not only were all the records destroyed but the 35 investigators were killed as well, having been asked to gather for a meeting with a White House official who never showed up.  But that’s another story.

What we are saying is this, when former crimes were erased there was a reason.  Bigger crimes were planned. Nearly every defense and intelligence contractor, from “Google Idea Groups” to the Blackwater network and hundreds more, were all tied to interlocking Panamanian corporations with ownership by members of congress, key Federal judges, and all of this run through a legal advocacy group known as the Federalist Society.

The Panama Papers could eventually expose certainly who is really behind 9/11.  In 2014, we were given documents out of Russia that included a preliminary report on 9/11 by the US Department of Energy, outlining that event as “nuclear” and not as the result of terrorism, not as it is typically defined.  The term “false flag terrorism” would apply, however.

Those of you who missed our VT nuclear 9-11 series you  can start here.