The Flashpoint Continues to Build: Intelligence Sources Indicate Russia May Be Planning A Spring Offensive 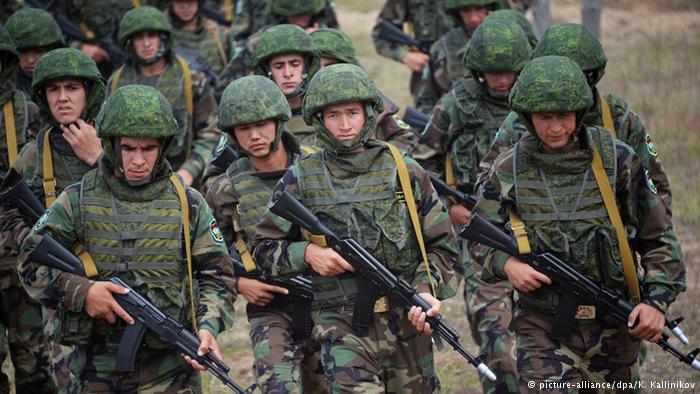 The Flashpoint Continues to Build: Intelligence Sources Indicate Russia May Be Planning A Spring Offensive

Russia has always been adept at inserting agents and clandestine operatives in other countries in the event of hostilities.

communities of Europe and the United States to paint a picture of a possible spring offensive in Eastern Ukraine by Russia.  Now that Ukraine’s “bid” to enter the EU seems to be coming apart at the seams, the United States and the Western IMF hegemony seem to be in an indecisive state about what option to pursue next.

Arseny Yatsenuk, the puppet of the United States installed by Victoria Nuland, John McCain, and Lindsay Graham has resigned, so no more words of ventriloquism will be emanating from his lips.  Petro Poroshenko the chocolate magnate will now hold the reins in his hands while the IMF/NATO cartel figures out what is next in store.  The plan to “take” Ukraine into NATO and the EU was nothing more than a thinly disguised design to encroach upon Russia’s back door and invade her sphere of influence.

The Daily Mail’s Allan Hall reported that Vladimir Putin has been building a secret army of trained battle groups for close combat operations in Western Europe, specifically in Germany.  These battle groups are reported as being ready to go into operation “at a moment’s notice.”

Actually this is nothing new.  Vladimir B. Rezun, writing under the pen name Viktor Suvorov has written such revelatory pieces such as “Inside the Soviet Army,” and “Inside the Aquarium,” the latter work chronicling the GRU and Spetsnaz operations throughout the world on behalf of the Soviet Union.  The techniques (as corroborated by Stanislev Lunev, a defecting Colonel and author of several works on the subject) have carried over into Russia today.

Russia has always been adept at inserting agents and clandestine operatives in other countries in the event of hostilities.  Of course, these agents are also performing intelligence-gathering functions, but they are in a “hold” pattern for the most part.  The agents Hall refers to in his report have a wealth of experience drawn from more than a decade of brush and ghost wars (such as Chechnya I and II, Georgia, Ukraine, and recently Syria).  The Russian military policy is to expose their special units in these brush wars to “get their feet wet” and give them a taste of combat operations.  Subsequently they are inserted into their target countries, and the ones who have experienced combat are pegged for leadership positions in an operational capacity.

The Russian response in Eastern Ukraine is justified and, under the circumstances, completely understandable.  Ukraine is very important for the transmission of natural gas resources through Gazprom Russian pipelines: Ukraine is the “bridge” linking those gas supplies to Western Europe.  The United States and NATO have failed miserably in their attempt to undercut Russia by securing part of Syria for a planned competing gas line running from Qatar.  So much for the IMF’s bid to deprive Russia of natural gas income from Western Europe.

In Eastern Ukraine, the fighting against the Ukrainian military is always reported by the mainstream media as being “initiated by pro-Russian separatist rebels.”  In all actuality, the fighting was initiated by the Ukrainian army against Ukrainian citizens who are ethnically, culturally, and linguistically Russian.  The United States and NATO overthrew Viktor Yanukovich because he was pro-Russia.  The Ukrainian Constitution and the duly elected leader of the Ukraine were trampled upon, as Nuland played the role of Geppetto, and Yatsenuk the part of Pinocchio.

Insert into all of this Soros and his Open Society Initiative foundations, and you find that he was responsible for the rise of Maidan and the ultra-nationalist faction that staged the protests and enabled the confusion for the coup to come to its fruition.

The Russians, on the other hand, neither mince words nor fool around.  As soon as Sevastopol and their naval base on the Black Sea was threatened, they acted.  With the current Russian military-supported actions by the separatists, what is not being reported upon is the high level of atrocities that almost amount to ethnic cleansing carried out by the Ukrainian military.

Soros and the other Oligarchs are bent and determined to have Russia capitulate and allow Ukraine to join the rest of their European hegemony.  They’re not going to succeed.  We will probably find out this spring or summer if indeed Russia feels it must secure more territory in Ukraine in order to more firmly establish a buffer against the West and its allies.  Ukraine is a hotspot to watch, and surely the U.S. will try to insert another yes-man of the ilk of Yatsenuk, probably one with a little more ability this time.