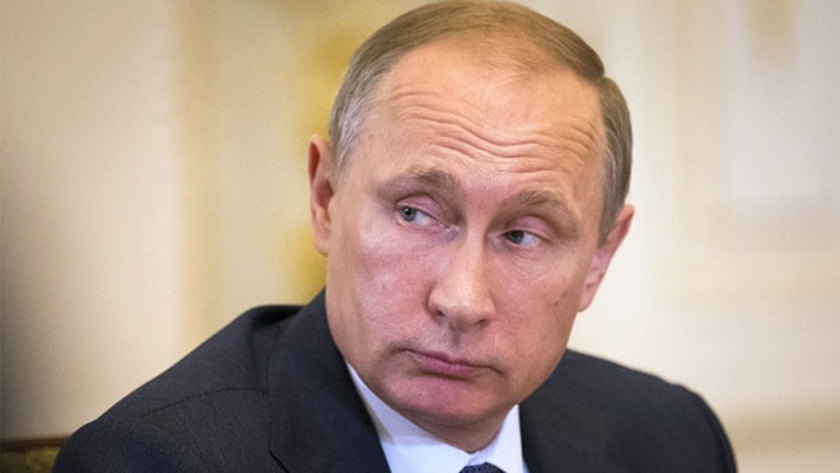 –
President Vladimir Putin acknowledged that information in the Panama Papers implicating people in his inner circle to offshore transactions was accurate, but dismissed the leak — which he tied to Goldman Sachs Group Inc. — as part of U.S. efforts to influence Russia’s upcoming elections.

“Odd as it may seem, they aren’t publishing false information on offshores,” Putin said during his annual call-in show Thursday. “They’re not accusing anyone of anything specific. They’re just casting a shadow.”

The leak of more than 11 million documents revealed how politicians, banks, celebrities and criminals across the globe used offshore companies to hide wealth over the past four decades. While the practice can be completely legal, the anonymous ownership of shell companies can enable tax evasion, money laundering, sanctions-dodging and kleptocracy.

The documents show at least $2 billion in transactions involved people and companies that had ties to Putin, according to reports published this month by the International Consortium of Investigative Journalists.

Putin claimed that U.S. institutions will continue to use provocations ahead of upcoming elections. Russia will vote for parliament in September and for president in 2018.

The Russian president, a former KGB officer who has called the Internet a “CIA project,” said Goldman Sachs owns the parent of the German newspaper that received leaked files from Panamanian law firm Mossack Fonseca. The newspaper, Sueddeutsche Zeitung, is owned by a Munich publishing family and a German media group that has no corporate affiliations to Goldman Sachs, according to a statement from Stefan Hilscher, the managing director of the paper. The U.S. bank declined to comment.

“This reflects the quality of the information he receives,” Gleb Pavlovsky, a former political adviser to Putin, said by phone on Tuesday. “He wanted to say there was nothing special in these documents but he spun it in accordance with his world view.”

Putin’s ability to think politically is being overwhelmed by “total suspicion” and it makes him more vulnerable to manipulation by those who provide information to him, Pavlovsky said. “This intensified after Snowden revealed the level of the surveillance on him by the U.S.”

Putin has granted asylum to Edward Snowden, the former National Security Agency contractor who exposed clandestine data collection by the U.S. in 2013.

Putin reiterated his defense of his classical musician friend Sergey Roldugin, who is at the center of the offshore transactions linked to Russia. The cellist has brought unique instruments to Russia including two violins and two cellos, the latest of which cost about $12 million, Putin said.

The allegations stemming from the leaked documents are part of a “disinformation” campaign to destabilize Russia by targeting Putin, Kremlin spokesman Dmitry Peskov said last week.

In 2013, Goldman Sachs signed a three-year agreement to advise the Russian government on burnishing the nation’s image overseas and attracting more institutional investors.