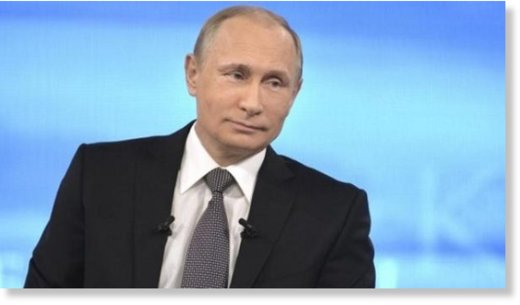 Calling out around the world; time to put on your made in Ecuador Panama hat and frantically start dancing to the ultimate limited hangout leak. And if you believe in the purity of intentions of the International Consortium of Investigative Journalists (ICIJ) at the center of the leak, I’ve got a made in Shenzhen Panama hat to sell you (disclosure: I never was, and never will be, a member of the ICIJ).

The Washington-based ICIJ gets its cash and its “organizational procedure” via the Exceptionalistan-based, Orwellian-named Center for Public Integrity. The funds flow mostly from the Ford Foundation, the Carnegie Endowment, the Rockefeller Family Fund, the Kellogg Foundation and the George Soros-owned Open Society. Then there is Eastern Europe-based partner organization OCCRP, an even more Orwellian outfit self-styled as playing some sort of progressive, alternative media role. OCCRP is funded by Soros and USAID.

And finally there’s this fictional land named Panama — a certified U.S. vassal. Absolutely nothing of real substance happens in Panama without a green light by the United States government. Or, as an international tax lawyer told me, “you have to be an idiot to stash money in Panama. You cannot flush a toilet there without the Americans knowing about it.” This sets the scene for the Panama Papers leak — a massive hoard of 11.5 million documents allegedly leaked from someone inside offshore heavies Mossack Fonseca to the center-left, NATO-friendly Suddeutsche Zeitung newspaper in Munich and then shared by the ICIJ with selected mainstream media partners.

Even without a smoking gun, a case can be made this alleged most massive leak ever was obtained by — what else — U.S. intel. This is the kind of stuff the NSA excels at. The NSA is able to break into virtually any database and/or archives everywhere; they steal “secrets”; and then selectively destroy/blackmail/protect assets and “enemies”, according to USG interests.

That’s the essence of a limited hangout sold to public opinion as a serious corruption investigation. And that’s where Western corporate media enters the scene, protecting whatever 0.00000001 percent honcho is caught in the net, as well as sacrificing some disposable pawns.

So we have over 300 reporters pouring over hundreds of thousands of document/files for over an interminable year with, miraculously, no leaks whatsoever; just for a bunch of corporate mainstream media hacks to meticulously cherry pick stories and decide what is “newsworthy.” Western alternative media would have investigated the data without sparing anyone; but it would be out of the question to grant them access.

What’s already certain is that the full extent of the Panama leak will never be known. Even the by now exceedingly pathetic The Guardianadmitted, on the record, that “much of the leaked material will remain private”. Why? Because it may — inadvertently and directly — implicate a gaggle of Western 0.00000001 percent multibillionaires and corporations. All of them play the offshore casino game (although not necessarily in Panama.)

So the Panama Papers, stripped to the bone, may reveal themselves essentially as an infowar operation by the NSA — targeted mostly against “enemies” (as in the BRICS nations) and selected disposable pawns; a weaponized psyops posing as an ‘activist leak’, straight from the Hybrid War playbook.

Step on the Monster Truck

A who’s who of wealthy/powerful players has been directly targeted in the Panama Papers, from the – demented – King of Saudi Arabia to former Fiat/Ferrari stalwart Luca de Montezemolo, from Lionel Messi to (unnamed) Chinese Communist Party officials and the brother-in-law of Chinese President Xi Jinping.

Extra-juicy element is provided by the presence of Alaa Mubarak – the son of the deposed Egyptian snake; Ayad Allawi, the butcher of Fallujah and former U.S. occupation Prime Minister; Pakistani Prime Minister Nawaz Sharif (a Saudi protégé, so he must get offshore advice as well); and Dov Weisglass, the butcher of Gaza and former advisor to Israeli Prime Ministers Ariel Sharon and Ehud Olmert (this one already convicted of corruption.) These are all disposable.

Predictably, particular emphasis is on BRICS members – from those mysterious Chinese to Indian companies. As far as Brazil is concerned, there may be a healthy counterpoint; the presence of notoriously corrupt leader of the lower house Eduardo Cunha; his Swiss accounts had surfaced after the HSBC leaks, now some more showed up on the Panama Leaks.

Still to be explained is a juicy Brazilian-related angle; whether the Panama Leaks are directly related to the fact that Ramon Fonseca, 50 percent of Mossack Fonseca, was dismissed as president of the Panameñista Party last month because of Operation Car Wash — which targets mostly the ruling Workers’ Party in Brazil. The Panama Papers are in fact a Monster Truck, global version of Car Wash.

Lula, predictably, is not on the Panama list — to the despair of the Exceptionalistan-supported regime changers in Brazil, many of them (media barons, bankers, businessmen) featured on the previous HSBC leaks. Regime-Changers-in-Chief, the Globo media empire, are also not on the Panama leaks, although they profit from a certified offshore racket.

Syria was always bound to be a key target. Much of Western corporate media “newsworthy” stories now focus on “Assad’s fixer” Rami Makhlouf, described in U.S. diplomatic cables as Syria’s “poster boy for corruption” and under U.S. sanctions since February 2008. Such a convenient target. Yet “poster boy” happened to be quite sheltered by HSBC as well.

And so we finally get to the key target of Monster Truck (in Brazil’s Car Wash they are Lula and President Rousseff). It’s got the requisite BRICS angle and it’s a dream spin; cue to virtually every major Western corporate media headline blaring that Vladimir Putin has stashed $2 billion offshore.

The problem is he didn’t. Putin is guilty by association because of his “close associates” Arkady and Boris Rotenberg’s alleged ties to money laundering. Yet three “incriminating” emails in the files happen not to “incriminate” them, or Putin.

And then there’s cellist Sergey Roldugin, a childhood friend of Putin’s. Here’s the — politically filtered – spin by the ICIJ:

“The records show Roldugin is a behind-the-scenes player in a clandestine network operated by Putin associates that has shuffled at least $2 billion through banks and offshore companies. In the documents, Roldugin is listed as the owner of offshore companies that have obtained payments from other companies worth tens of millions of dollars. … It’s possible Roldugin, who has publicly claimed not to be a businessman, is not the true beneficiary of these riches. Instead, the evidence in the files suggests Roldugin is acting as a front man for a network of Putin loyalists — and perhaps for Putin himself.”

What about rephrasing it as, “the evidence in the files suggests Lionel Messi is acting as a front man for a network of football loyalists trying to evade the rape of Argentina by U.S. hedge fund vultures friendly to new President and offshore account holder Mauricio Macri”?

The juiciest bit is that Moscow knew all along another Hybrid War offensive chapter was imminent, days if not weeks before Panama went viral.

Offshore bank accounts are not intrinsically illegal. Quite a few though involve dodgy money, or at least provide the euphemistic “low-tax environment” fundamental to the very wealthy.

It’s not an accident that the Panama Papers unveil connections to several dozen firms and individuals who are prominently featured in U.S. sanctions blacklists. That configures the Panama Papers as even more of a limited hangout; the real Papers would be the Cayman Papers or the Virgin Island Papers. That’s where most of the in-the-know park their money (not to mention Luxembourg). Adding to the hilarity factor, David Cameron suddenly woke up to the need to stop British overseas territories — and Crown dependencies — being used by the wealthy to park their untaxed fortune.

It’s never going to happen. The so-called international banking/financial system is a demented casino. It’s not only 8 percent; Hong Kong players tell me as much as 50 percent of global wealth may currently be parked, undisturbed, in untaxable offshore havens. If a fraction of these astonishing funds would be taxed, governments right and left would be paying their debts, investing in infrastructure, launching round after round of sustainable growth, and a productive spiral would be in motion.

And that leads us to the cherry in the corruption cake; how come there are no Americans in this limited hangout leak? Of course there are none. Panama is for suckers. Too obvious. Too rakish. Too crude. Ergo, forget about The Cayman Papers.

As for foreigners in-the-know, we just need to go back a mere three months ago to this Bloomberg piece, where Andrew Penney, Managing Director of Rothschild & Co., spells it all out; the U.S. “is effectively the biggest tax haven in the world.”

The circle is finally squared; Panama is revealed as the patsy — mere collateral damage in this limited hangout Monster Truck operation. Domestic tax haven providers, such as Rothschild, are the real deal. Make America great again? It already is — as the top tax shelter for hardcore dodgy money had to be…a monster Panama: Exceptionalistan itself. Now dance, suckers.