‘Largest single pledge in history’: US may increase military aid to Israel 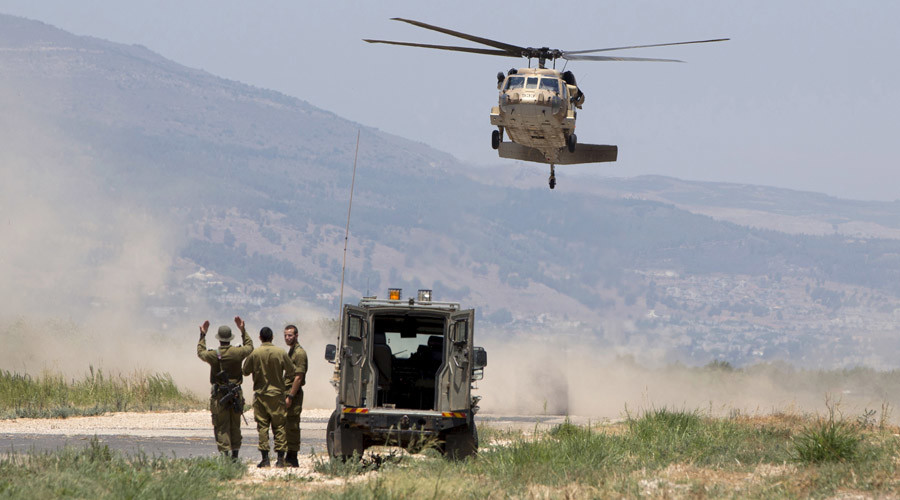 ‘Largest single pledge in history’: US may increase military aid to Israel

The White House has signaled readiness to boost military aid to Israel to a historic high, after a letter signed by 83 Senators advocated for the increase. Aid to Israel currently accounts for more than half the total US military aid budget.

Relations between US President Barack Obama and Israeli Prime Minister Benjamin Netanyahu have been frosty in recent years. Netanyahu canceled his planned trip to the US last month and said he intended to negotiate the increase with the next US president, according to the Times of Israel. Now, however, the Obama administration is saying it is willing to boost military aid to Israel to historically unprecedented levels.

“We are prepared to sign an MOU [memorandum of understanding] with Israel that would constitute the largest single pledge of military assistance to any country in US history,” a White House official told Reuters on Monday.

Thank you! Over four-fifths of the U.S. Senate back increased defense aid for Israel https://t.co/sXL03yQlli pic.twitter.com/Acs9NwJ7pL

Earlier in the day, 83 US Senators – 51 republicans and 32 Democrats – sent a letter to the White House urging an increase in aid. The effort was spearheaded by South Carolina Republican Lindsey Graham and Delaware Democrat Chris Coons.

“In light of Israel’s dramatically rising defense challenges, we stand ready to support a substantially enhanced new long-term agreement to help provide Israel the resources it requires to defend itself and preserve its qualitative military edge,” the letter said.

Among the Senators who signed the letter were Texas Republican and presidential contender Ted Cruz and Massachusetts Democrat Elizabeth Warren. Vermont’s Bernie Sanders, who is challenging Hillary Clinton for the Democratic presidential nomination, was notably absent from the list of supporters.

Graham, chairman of the Senate’s Subcommittee on State, Foreign Operations and Related Programs offered one possible explanation for Washington’s sudden eagerness to discuss the current aid arrangement, which expires in 2018.

“We’ll have more money this year than potentially next year, because sequestration kicks back in,” he told Times of Israel last month, referring to spending cuts the US government adopted in 2013.

Under the current aid arrangement, Israel receives $3.1 billion a year – almost 53 percent of the $5.9 billion in official foreign military aid handed out by Washington. This deal is set to expire in 2018, however, and Israel has been pushing for an increase to $5 billion.

Following the nuclear deal with Iran in July 2015 – which Netanyahu has vehemently opposed – Washington offered to boost the amount of military aid to Israel to $4.5 billion a year.

Among the programs funded by the US military aid are missile defense systems such as ‘David’s Sling’ and ‘Iron Dome,’ intended to deal with short- to medium-range missiles, as well as the high-altitude ‘Arrow 3’ interceptors.