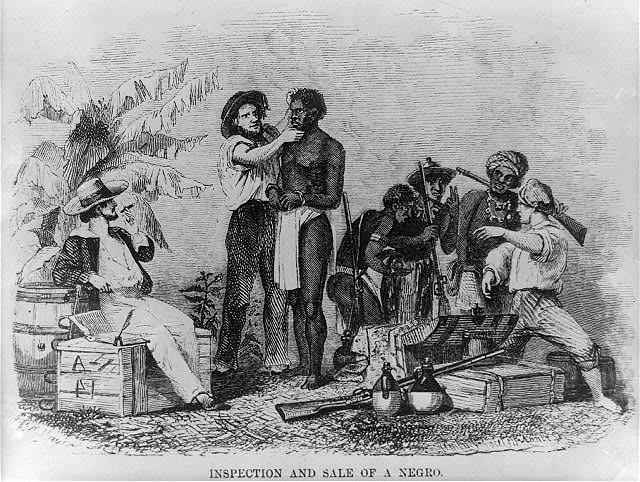 Thomas J. Murphy sets out to accomplish two things with his book: First, he wants to stake a claim for American Catholic history on the historiographic landscape of slaveholding in North America; and second, he wants to convince Catholic historians that an understanding of clerical slave ownership is essential to any discussion of American Catholic identity and its evolution. Given the inconsistencies of the eighteenth and nineteenth-century Jesuits that Murphy focuses on, as well as the unfortunate paucity of surviving records from the Jesuit missions of that period, the author does an adequate, if not at times admirable job.

Thomas Murphy, who is himself a Jesuit, begins his study by acknowledging the “prodigious need” among scholars of American Catholic history for “greater objectivity in evaluating the slave question” (xvi) Pointing to the works of James Hennesey and Jay Dolan as examples of the “impartial” approach to Catholic history advocated by the Second Vatican Council (1962-65), Murphy nevertheless bemoans the apologetic manner in which most Catholic historians–the overwhelming majority of whom have been priests–have traditionally ignored the reality that for nearly two centuries, Jesuits in Maryland owned human beings. Murphy does credit the Church with having made great strides in acknowledging its past advocacy of slavery and antipathy toward abolitionism, but notes that “mainstream historians” such as Albert J. Raboteau and Eugene Genovese have remained almost entirely uninterested in the issue of Catholic slaveholding (xviii).

Murphy asserts that the Jesuits serving in Maryland in the seventeenth, eighteenth, and nineteenth centuries had their own unique motives for slaveholding. The community also had unique motives when, in 1838, it chose to abandon the institution of slavery, not by manumitting its 272 slaves (a practice that was not uncommon in Maryland at the time), but by selling them to two sugar plantation owners in Louisiana.

It is no coincidence that the Society of Jesus turned to slave labor in the last third of the seventeenth century, at about the same time as the rest of the free, land-owning population in Maryland. To say that the Jesuits had “unique” motives is not to imply that they did not have the same motives for slaveholding as everyone else. In the Great Debate over whether Chesapeake-area planters abandoned white indentured servants, or white indentured servants abandoned them, Murphy sides with those who argue the latter. But unlike the Protestant majority in Maryland, the Jesuits had rich philosophical and theological traditions to draw from when justifying their decision to use slave labor on their plantations.

Augustine, Aquinas, and the Society’s founder, St. Ignatius of Loyola, all had different understandings of why slavery existed. Augustine saw it as a punishment for original sin; Aquinas saw it as an unavoidable consequence of the fact that some people were born to govern and others were not; and Ignatius saw it as a means of protecting and serving the poor. But regardless of which understanding an individual Jesuit chose to embrace (and the evidence suggests the members of the community were neither uniform nor consistent in the explanation of slavery’s origins that they offered to their parishioners), the fact remains that in all cases, Catholic theological thought viewed slavery as divinely ordained and insisted on the master’s obligation to provide for his slave’s spiritual guidance. This is an important reality for historians to understand, because for decades, Protestant church leaders in America were uncomfortable with the idea of bringing Christianity to the slave quarters.

It is unclear, though, why Murphy wants the reader to conclude that “Catholic tradition” rendered the Jesuits incapable of moving beyond a “necessary evil” understanding of slavery to one that saw the institution as a “positive good” (216). Certainly an emphasis on Augustinian thought would suggest such a conclusion, but then why the extensive discussion of Ignatian attitudes toward slavery? Those attitudes suggest the Jesuits might have seen slavery as being a “positive good” from the very beginning. Indeed, given the vast differences between Ignatian and Augustinian understandings of slavery, it seems unnecessary, contradictory, and perhaps even inaccurate for Murphy to assert that the Jesuits had an unchanging view of the institution as unfortunate, but unavoidable.

While the Jesuits may have seen themselves as being obliged as Christians, and more specifically as Catholics to uphold this institution, Murphy makes a convincing argument that as the eighteenth century progressed toward the nineteenth, many Jesuits became increasingly resentful of this obligation. The Jesuit plantations, which were financial disasters, were not benefiting from the use of slave labor. Additionally, the writings of American-born Jesuits began to express, as Murphy says, the “racist” notion that African Americans were inherently incapable of salvation.

By the late 1820s, Thomas Murphy suggests, the Society wanted “out” of the South’s “peculiar institution.”. Yet Maryland’s Jesuits refused to embrace abolitionism, and in fact spoke actively against the movement, viewing it as an extension of the “great Protestant principle that arose out of the pretended Reformation of England” that all men are, by nature, “free.” (136) Murphy points out that the profoundly Nativist attitudes of many Protestant abolitionist leaders undoubtedly had much to do with the Jesuit tendency to view abolitionism in heretical terms. But he also insists that the Jesuit attitude toward abolitionism reveals an important tension between the Catholic clerical world-view and nineteenth-century American political thought. Indeed, Murphy asserts the Jesuits were very uncomfortable with the rampant individualism running in American society. They embraced the Bill of Rights because the first-amendment guaranteed religious freedom, something that had been denied to Catholics in Maryland for nearly a century. But Murphy asserts that the Catholic clergy “had no intention of embracing every Enlightenment concept to become more American” (155). This interpretation of Jesuit attitudes toward abolitionism has much to say to those historians looking at the evolution of a distinctly “American” Catholic identity.

In the end, it was the rise of the Catholic immigrant community in America’s cities that led the Jesuits to abandon slavery. This growing community of white, urban Catholics revealed to the Society’s members that their destiny was not in agriculture. But the Jesuits’ theological understanding of slavery as part of a divinely ordained hierarchy, combined with an association of manumission with anti-Catholic, Protestant evangelicalism, caused the Jesuits to dismiss the notion of freeing their slaves. Murphy points out that they took great pains to ensure the slaves were sold to Catholic sugar planters who agreed to respect the slaves, family relationships and Catholic identity. But ten years after the sale, a Maryland Jesuit visiting Louisiana found that some families had been split up–and many had been sold to Protestant masters.

Jesuit Slaveholding in Maryland is a noble attempt at integrating Catholic history into the mainstream of American slaveholding historiography. It is disjointed at times and could have benefited from some editing. But the ground-breaking arguments are there, you just have to dig for them sometimes. The analysis would have been richer had the attitudes and experiences of the Catholic laity been incorporated into the narrative, though. Murphy relies heavily on sermons to make his arguments, yet we hear nothing from the people who would have been listening to the sermons, many of whom were slaveholders themselves. Catholic historians need to realize that when dealing with the seventeenth and eighteenth centuries in particular, the story of American Catholicism is a lay story. There were never more than twenty or twenty-five priests in Maryland throughout the colonial period, and for most of that time, the number was actually more like eight to ten. Yet this handful of priests was serving a community that was spread throughout the eastern and western shores and numbered as much as 16,000. Catholics outside St. Mary’s County rarely saw a priest more than once a month. Catholics were also barred throughout most of the eighteenth century from voting, serving in the Assembly, worshipping publicly, and owning guns. In colonial Maryland, it was decidedly inconvenient to be Catholic, and given the infrequent contact the laity had with their priests, the choice to remain Catholic was just exactly that–a choice. If, as Murphy insists, mainstream historians need to pay more attention to Catholic history (and they certainly do), it must also be said that Catholic historians like Murphy need to pay more attention to the laity.