Brazil crisis: Rousseff may appeal to trade bloc over impeachment 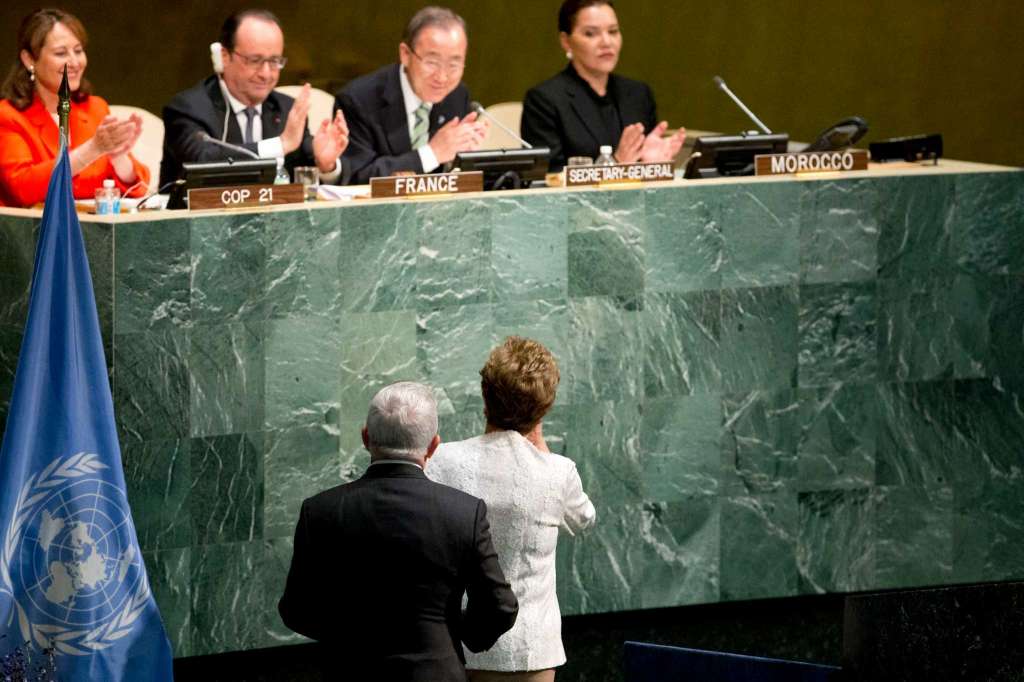 Brazil crisis: Rousseff may appeal to trade bloc over impeachment

–
Brazil’s President Dilma Rousseff has said she could ask the South American trade bloc Mercosur to suspend the country if she is removed from office.

Ms Rousseff has repeatedly described the impeachment process as a political coup by her rivals to oust her.

She is accused of manipulating budget figures ahead of her re-election in 2014, but has denied any wrongdoing.

Mercosur has a provision which can be triggered if the elected government of a member state is overthrown.

It could lead to a series of sanctions by the bloc against the country, including trade benefits.

“I would appeal to the democracy clause if there were, from now on, a rupture of what I consider democratic process,” she told reporters in New York.

Observers said this was another indication that she would fight the impeachment process with all tools available to her.

Ms Rousseff repeated that she did not face corruption allegations and said foreign leaders had expressed solidarity.

Earlier this week, the lower house of Brazil’s Congress comfortably approved to start impeachment proceedings against her.

The motion will now go to the upper house, the Senate, which is expected to suspend Ms Rousseff next month while it holds a formal trial.

Ms Rousseff and her supporters have repeatedly said there is no legal basis in the process.

She is accused of juggling accounts to make her government’s economic performance appear better than it was, ahead of her election campaign.

The president has defended her government’s fiscal manoeuvres as common practice in Brazil.

Earlier, in a speech to the UN during the signing of the Paris Agreement on climate change, Ms Rousseff had a softer tone, in which she avoided the word “coup.”

“I cannot conclude my remarks without mentioning the grave moment Brazil is currently undergoing,” she said.

“I have no doubt our people will be capable of preventing any setbacks.”

If she is impeached, Vice-President Michel Temer would take over as interim president.

Ms Rousseff has accused him of being one of the ringleaders of the “coup” attempt against her.

In an interview to the New York Times, Mr Temer said: “I’m very worried about the president’s intention to say that Brazil is some minor republic where coups are carried out.”

Senate vote on trial: A simple majority is enough to suspend her for up to 180 days while she is put on trial. Vice-President Michel Temer would step in during this period.

Impeachment vote: For Ms Rousseff to be removed from office permanently, two-thirds of the Senate would have to vote in favour. Mr Temer would remain president for an interim period should this happen.