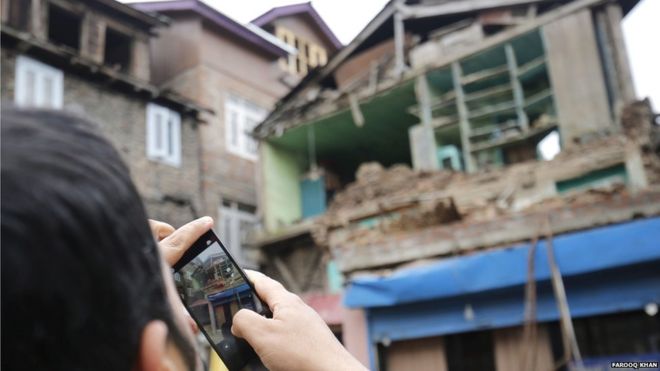 –
A magnitude 6.6 earthquake has been felt across a number of major cities across south-west Asia.

The earthquake struck in Afghanistan, close to its border with Tajikistan, at 10:28 GMT, according to the US Geological Survey (USGS).

The tremor was felt in Kabul, Islamabad, Lahore and Delhi, forcing residents to leave their homes.

The latest quake, in the sparsely-populated Hindu Kush mountains, struck at a depth of 210km, the USGS reported. It was the same depth as the 2015 quake.

At least one person died in Pakistan’s Swat region, with another 30 injured, emergency officials said.

There were no reports of significant damage, but a spokesman for Pakistan’s National Disaster Management Authority said there was a high risk of landslides.

_
In Delhi, far from the epicentre, the metro train system was temporarily halted. The BBC’s Sanjoy Majumder said a number of aftershocks were felt in the Indian capital.

–
The USGS says the earthquake took place in “one of the most seismically hazardous regions on earth”.

The Hindu Kush mountains sit on the corner of the Indian plate, rather than being at the front line of the continental collision, where the Himalayas are thrust upwards as India disappears beneath Eurasia at a rate of 40-50mm (2ins) per year.

It is in this rugged region that the sideways slip between India and Afghanistan meets the head-on impact of the Himalayan fault line. There are many small, interacting faults and forces pushing in different directions.

Pakistan’s Dawn newspaper reported on Saturday that the region had beenshaken by a series of strong quakes centred on Hindu Kush in recent days.

Hamza Nadeem, 19, felt the earthquake in his home in Sialkot, eastern Pakistan.

“I felt the ceiling fan rattle, then the whole house felt like it was shaking,” he told the BBC. “We all ran outside.

“It lasted for about one and a half minutes – nothing broke, there was no damage but it was a frightening experience. We all just stood there and prayed.”