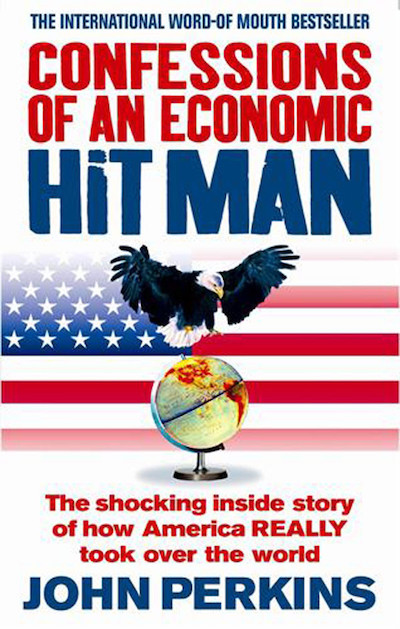 Allen Dulles, the CIA director under presidents Eisenhower and Kennedy, the younger brother of Secretary of State John Foster Dulles, and the architect of a secretive national security apparatus that functioned as essentially an autonomous branch of government. Talbot offers a portrait of a black-and-white Cold War-era world full of spy games and nuclear brinkmanship, in which everyone is either a good guy or a bad guy. Dulles—who deceived American elected leaders and overthrew foreign ones, who backed ex-Nazis and thwarted left-leaning democrats—falls firmly in the latter camp.

But what I was really trying to do was a biography on the American power elite from World War II up to the 60s. That was the key period when the national security state was constructed in this country, and where it begins to overshadow American democracy. It’s almost like Game of Thrones to me, where you have the dynastic struggles between these power groups within the American system for control of the country and the world…

Absolutely. The surveillance state that Snowden and others have exposed is very much a legacy of the Dulles past. I think Dulles would have been delighted by how technology and other developments have allowed the American security state to go much further than he went. He had to build a team of cutthroats and assassins on the ground to go around eliminating the people he wanted to eliminate, who he felt were in the way of American interests. He called them communists. We call them terrorists today. And of course the most controversial part of my book, I’m sure, will be the end, where I say there was blowback from that. Because that killing machine in some way was brought back home.

– From the post: How America’s Modern Shadow Government Can Be Traced Back to One Very Evil Man – Allen Dulles

Most readers will be familiar with John Perkins and his best-selling novel Confessions of an Economic Hitman. What you may not know, is he’s currently making the rounds warning us that all the corporatist mercenary tactics employed against third-world nations to financially benefit U.S. conglomerates are now being turned inward on American communities.

He discussed some of this in a recent interview with Yes. Here are a few excerpts:

Twelve years ago, John Perkins published his book, Confessions of an Economic Hit Man, and it rapidly rose up The New York Times’ best-seller list. In it, Perkins describes his career convincing heads of state to adopt economic policies that impoverished their countries and undermined democratic institutions. These policies helped to enrich tiny, local elite groups while padding the pockets of U.S.-based transnational corporations.

If economic pressure and threats didn’t work, Perkins says, the jackals were called to either overthrow or assassinate the noncompliant heads of state. That is, indeed, what happened to Allende, with the backing of the CIA.

Perkins has just reissued his book with major updates. The basic premise of the book remains the same, but the update shows how the economic hit man approach has evolved in the last 12 years. Among other things, U.S. cities are now on the target list. The combination of debt, enforced austerity, underinvestment, privatization, and the undermining of democratically elected governments is now happening here.

Sarah van Gelder: What’s changed in our world since you wrote the first Confessions of an Economic Hit Man?

John Perkins: Things have just gotten so much worse in the last 12 years since the first Confessions was written. Economic hit men and jackals have expanded tremendously, including the United States and Europe.

Back in my day we were pretty much limited to what we called the third world, or economically developing countries, but now it’s everywhere.

van Gelder: So how has this switched from us being the beneficiaries of this hit-man economy, perhaps in the past, to us now being more of the victims of it?

Perkins: It’s been interesting because, in the past, the economic hit man economy was being propagated in order to make America wealthier and presumably to make people here better off, but as this whole process has expanded in the U.S. and Europe, what we’ve seen is a tremendous growth in the very wealthy at the expense of everybody else.

On a global basis we now know that 62 individuals have as many assets as half the world’s population.

van Gelder: Is this the same kind of dynamic about debt that leads to emergency managers who then turn over the reins of the economy to private enterprises? The same thing that you are seeing in third-world countries?

Perkins: Yes, when I was an economic hit man, one of the things that we did, we raised these huge loans for these countries, but the money never actually went to the countries, it went to our own corporations to build infrastructure in those countries. And when the countries could not pay off their debt, we insisted that they privatize their water systems, their sewage systems, their electric systems.

van Gelder: I want to ask you about the Trans-Pacific Partnership, and other trade deals. Is there any way that we can beat these things back so they don’t continue supercharging the corporate sphere at the expense of local democracies?

Perkins: They’re devastating; they give sovereignty to corporations over governments. It’s ridiculous.

I was just in Central America and what we talk about in the U.S. as being an immigration problem is really a trade agreement problem.

They’re not allowed to impose tariffs under the trade agreements—NAFTA and CAFTA—but the U.S. is allowed to subsidize its farmers. Those governments can’t afford to subsidize their farmers. So our farmers can undercut theirs, and that’s destroyed the economies, and a number of other things, and that’s why we’ve got immigration problems.

van Gelder: Can you talk about the violence that people are fleeing in Central America, and how that links back to the role the U.S. has had there?

Perkins: Three or four years ago the CIA orchestrated a coup against the democratically elected president of Honduras, President Zelaya, because he stood up to Dole and Chiquita and some other big, global, basically U.S.-based corporations.

He wanted to raise the minimum wage to a reasonable level, and he wanted some land reform that would make sure that his own people were able to make money off their own land, rather than having big international corporations do it.

The big corporations couldn’t stand for this. He wasn’t assassinated but he was overthrown in a coup and sent to another country, and replaced by a terribly brutal dictator, and today Honduras is one of the most violent, homicidal countries in the hemisphere.

It’s frightening what we’ve done. And when that happens to a president, it sends a message to every other president throughout the hemisphere, and in fact throughout the world: Don’t mess with us. Don’t mess with the big corporations. Either cooperate and get rich in the process, and have all your friends and family get rich in the process, or go get overthrown or assassinated. It’s a very strong message.

That is how a once proud nation gets transformed into a rancid, oligarch-controlled Banana Republic.