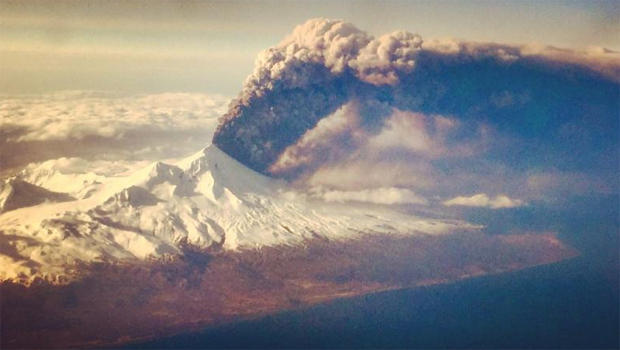 The Pavlof Volcano in the Aleutian Islands erupted on Sunday, March 27, 2016. 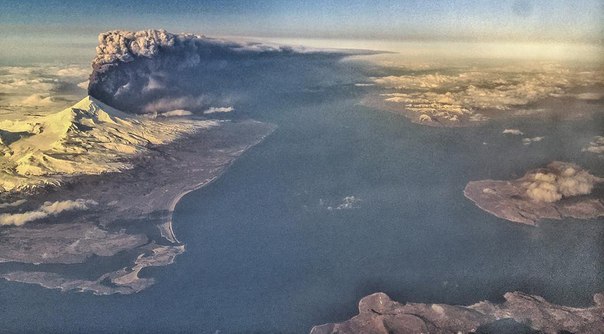 (N.Morgan) The most active volcano in Alaska, the Pavlof Volcano has erupted sending ash flying as high as 20,000 feet into the air. The flying ash prompted authorities to issue flight warnings.

Located on the Aleutian Islands, began, the Pavlof Volcano  began “erupting abruptly” Sunday afternoon, according to the Alaska Volcano Observatory.

As of early Monday morning, residents were still under a Volcano warning and aviation is currently still under Code Red- it’s highest threat level.

According to the volcano observatory, the ash was reportedly moving north after the eruption.

Seismic activity was also reported after the quake. The last time Pavlof volcano was active, it erupted in November 2014. Volcanic Activity Summary: Pavlof Volcano began erupting abruptly this afternoon, sending an ash cloud to 20,000 ft ASL as reported by a pilot. As of 4:18 pm AKDT (00:18 UTC), ash was reportedly moving northward from the volcano. Seismicity began to increase from background levels at about 3:53 pm (23:53 UTC) with quick onset of continuous tremor, which remains at high levels. AVO is raising the Aviation Color Code to RED and the Volcano Alert Level to WARNING.

The view from the FAA webcamera is obscured by clouds this afternoon, and there are no current satellite images. AVO is monitoring the situation closely and issue further updates at the situation develops.

Remarks: Pavlof Volcano is a snow- and ice-covered stratovolcano located on the southwestern end of the Alaska Peninsula about 953 km (592 mi) southwest of Anchorage.

The volcano is about 7 km (4.4 mi) in diameter and has active vents on the north and east sides close to the summit. With over 40 historic eruptions, it is one of the most consistently active volcanoes in the Aleutian arc.

The nearest community, Cold Bay, is located 60 km (37 miles) to the southwest of Pavlof.