Why does ‘The Market Oracle’ Promote An Associate of Stratfor’s George Friedman? 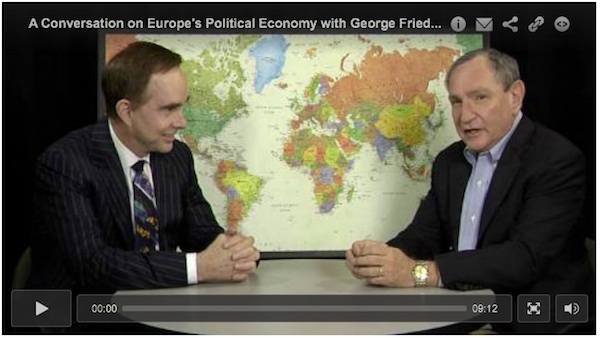 Why does ‘The Market Oracle’ Promote An Associate of Stratfor’s George Friedman?

An Open Letter to The Market Oracle’s Nadeem Walayat

You have featured John Mauldin for several years now. So much have you
promoted his shallow and superficial articles that he is now #6 on your List
of Top 10 Analysts List.

He has teamed up with none other that Stratfor CEO and Founder George
Friedman. Do you know who Friedman is? When you read the articles below
you will see that he is a world-class criminal of the highest order. The first
essay below lays bare exactly how odious his ideas are and repugnant his
violent vision for continued American hegemony is.

It you really want to hear Friedman in his own words, then please watch the
YouTube video that follows.  Be sure to read the older comments under the
video as they really tell the story.  What he espouses is nothing short of World
War III so that the Anglo-American  Axis can continue to dominate the world.
Friedman’s Stratfor is actually well known as a ‘Shadow CIA’ or ‘Private CIA’.
They are directly involved with restarting the Cold War with Russia, and all
the wars and ungodly violence in the Ukraine and Syria and elsewhere around
the world.

That Mauldin promotes Friedman is no surprise to any of us. That you
provide a platform to further promote either of them is quite shocking. It
is completely inconsistent with the good intention and excellent content of
The Market Oracle, which we and our entire network have read religiously
for the past many years.

We will only write this one email about our displeasure. If Mauldin is not
removed from TMO platform completely, there will be a swift and serious
reaction from our network. For starters a series of articles and essays are being
written about Friedman which include his commercial association with Mauldin.
The Market Oracle will be featured in those articles particularly questioning
its association with an individual who ought to be in prison for life so dangerous
is his abiding war-mongering philosophy.

The choice is yours, Nadeem. You have managed The Market Oracle for many
years now and clearly know what is at stake.  As the world is poised for a World
War III scenario, it is individuals like George Friedman who need to be fully
restrained before they push the button on this quite likely eventuality.  Surely
The Market Oracle does not want to be associated with individuals who are
responsible for so much war and mayhem throughout the world.

Does Nadeem Walayat really want to promote the work of those who are
literally attempting to start World War 3?!