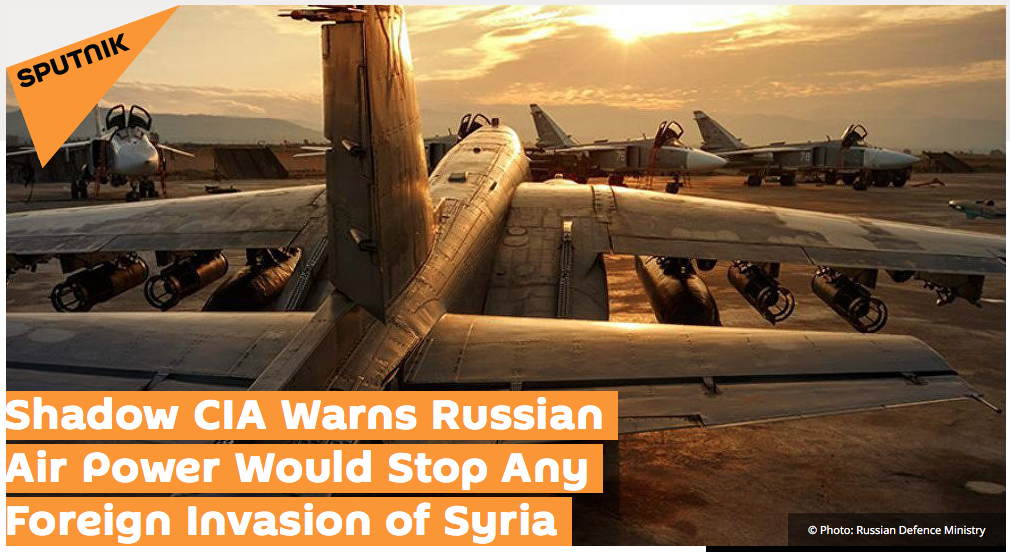 Stratfor, the US-based intelligence think tank often called the ‘Shadow CIA’, has released satellite photos showing a buildup of Russian air power at the Hmeymim Airbase in Latakia, northwest Syria. The think tank bluntly warns that if Turkey or Saudi Arabia were to attack Syrian forces, they would be “met with significant Russian air defenses.”

In its report, Stratfor points out that “when Turkey downed a Russian Su-24 warplane on November 24, it did not just sour relations between Ankara and Moscow: It gave Russia a reason to build up its air defense capabilities in Syria.”

And build up they did. “Before the incident, the Russian air cover burden depended on four deployed multirole Su-30 aircraft – clearly visible in a ready position near the runway in the recent imagery obtained by AllSource Analysis – that escorted strike packages.” 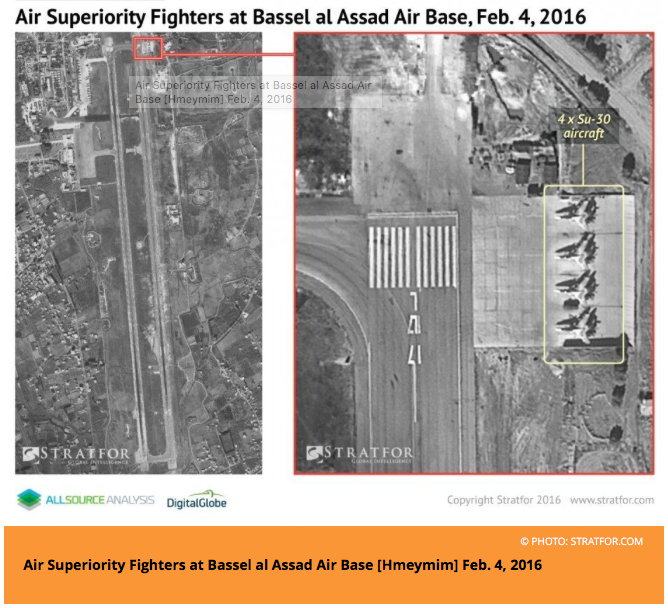 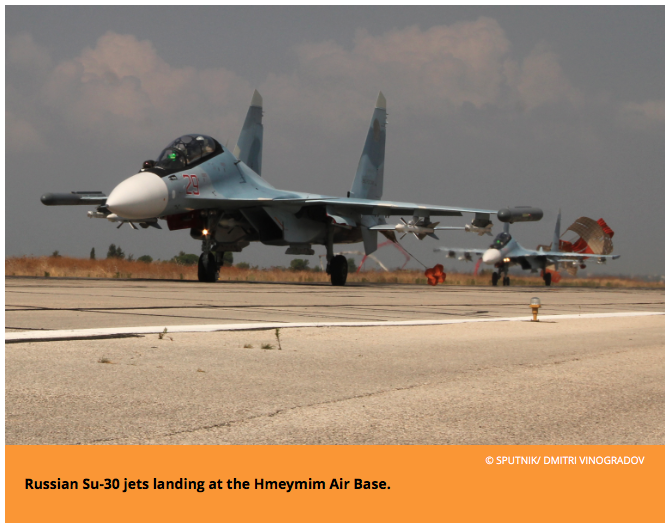 Russian Su-30 jets landing at the Hmeymim Air Base.

However, “a week after the downing, Russian Su-34 fighter-bombers in Syria were spotted carrying R-27 air-to-air missiles. Russia also rushed advanced surface-to-air missile systems to Syria, including Buk systems and the long-range and highly capable S-400 system. The S-400 launch vehicles can be seen in a well-protected portion of the Bassel al-Assad air base [Hmeymim] near Latakia.” 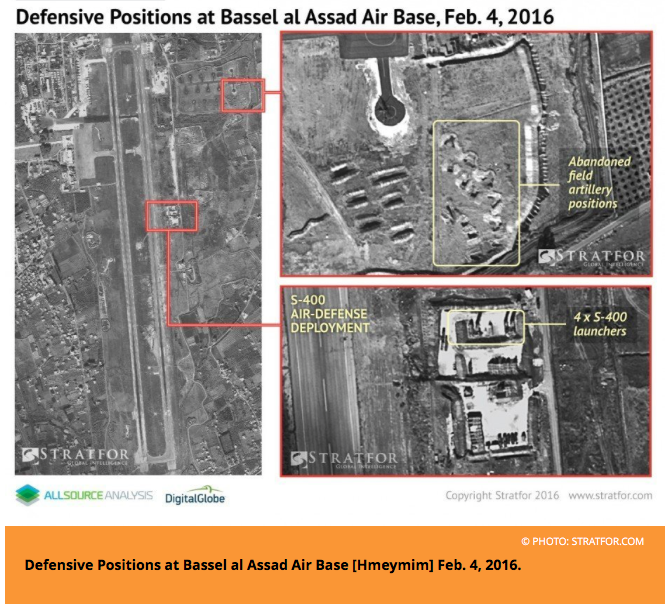 “Russia,” Stratfor’s analysis warned, “has enhanced its air defenses to prevent other countries from entering the Syrian conflict. There are increasing reports that Turkey could be considering direct military intervention in Syria. Even some Arab countries, such as the United Arab Emirates and Saudi Arabia, have made statements about possibly sending troops into the country.”

“Su-35S at the Russian Air Base in Syria” 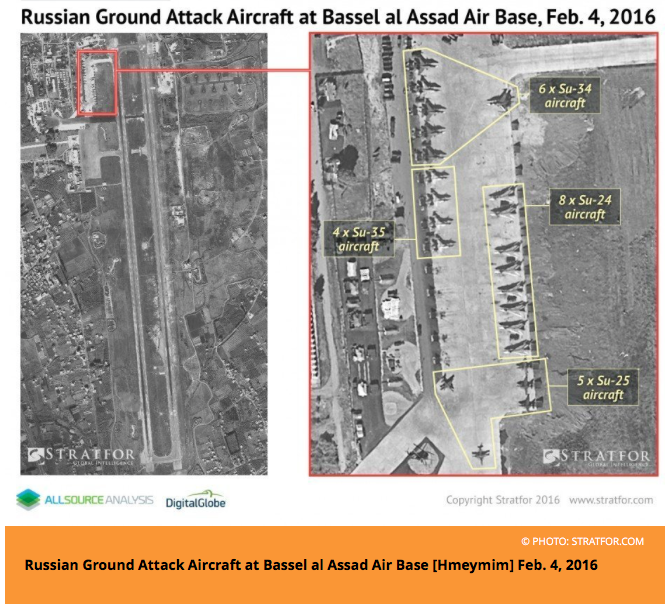 “Finally,” the analysis noted, “recently built Pantsyr-S2 systems, which combine missiles and anti-aircraft guns, were spotted in Russian media footage shot at Bassel al-Assad air base, likely replacing or complementing Pantsyr-S1 systems that were delivered earlier in the campaign.”

Ultimately, Stratfor warns, “with such an extensive presence, Russia will be able to obstruct the war efforts of those opposed to Syrian President Bashar al-Assad. The United States and its allies can still fly airstrikes against the Islamic State [Daesh], but the prospect of changing targets to include loyalist forces advancing on rebel position is greatly hindered by active Russian air support.”

“Turkey and Saudi Arabia, for example, have long sought to oust the al-Assad government, but any attempt to unilaterally support the rebels with their own assets would be met with significant Russian air defenses.”

For its part, the think tank suggests, “the United States is even more averse to escalating tension with Russia. Wishing to avoid losing focus on the fight against the Islamic State, the United States has no desire to confront Russian air power in the skies above Syria.”