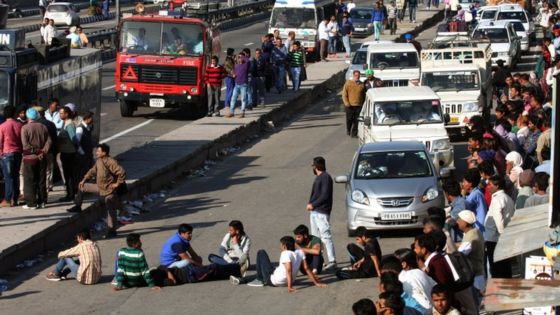 More than 10 million people in India’s capital are without water despite the army regaining control of its key water source after protests, officials say.

Keshav Chandra, head of Delhi’s water board, told the BBC it would take “three to four days” before normal supplies resumed to affected areas.

Sixteen people have been killed and hundreds hurt in three days of riots.

The Munak canal supplies around three-fifths of water to Delhi’s 16 million residents.

Mr Chandra said that prior warnings meant that people had managed to save water, and tankers had been despatched to affected areas of the city, but that this would not be enough to make up for the shortfall.

Schools in the city were also closed after supplies from the canal were sabotaged during the protests.

The army took control of parts of the canal on Monday morning, but repairs are expected to take time.

The BBC’s Sanjoy Majumder who is near Delhi’s border with neighbouring Haryana state, said protesters who have set up road blocks are refusing to budge.

“We don’t trust them. Let’s get something in writing. Let them spell it out,” one demonstrator who refused to be named told the BBC. 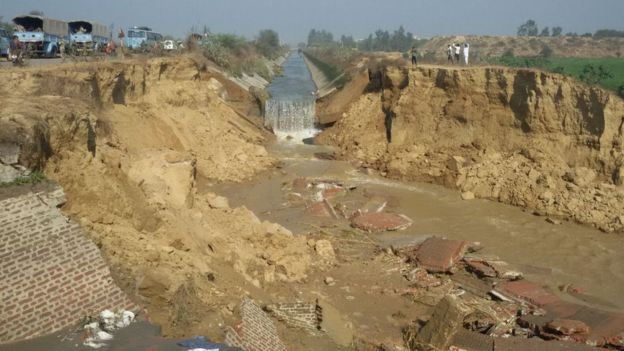 The Munak canal which was damaged by Jat protesters 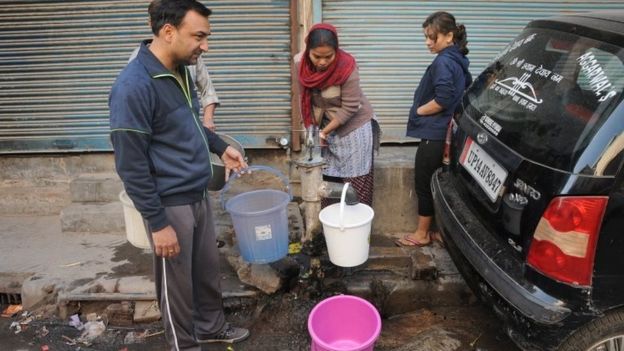 Ten million people are without water in Delhi

Why are the Jats angry?

Delhi Chief Minister Arvind Kejriwal tweeted that the army was “trying to assess in how much time water would reach Delhi and whether any damage had been done to the canal”.

Protesters went on the rampage despite a curfew and the deployment of the army, which is reported to have opened fire on them in the districts of Rohtak and Jhajjar.

Haryana state minister Ram Bilas Sharma said the situation was returning to normal, traffic had resumed on national highways and that railway lines between Delhi and the cities of Jaipur and Chandigarh had reopened.

Mr Sharma also confirmed that the government would introduce a bill on reservations and quotas for the Jat community in the next assembly session, although he did not say when that would be. 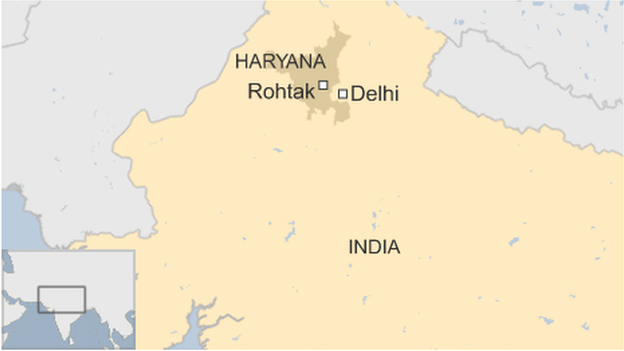 Meanwhile, India’s federal government has said it will set up a top-level committee to look into the grievances of Jats.

The violence had earlier forced the closure of several key roads and national highways, and paralysed the railway system in northern India.