322 ILLUMINATI, SKULL AND BONES, NUMEROLOGY, AND FALSE FLAGS AND WAR! 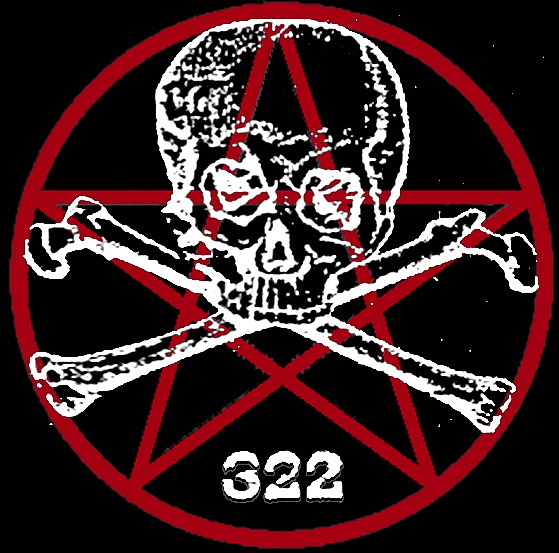 322 ILLUMINATI, SKULL AND BONES, NUMEROLOGY, AND FALSE FLAGS AND WAR!

ILLUMINATI NUMEROLOGY
ALL OVER MARCH AND
CUBA TRIP!!!
Obama Will Be First Sitting President To Visit Cuba In 88 Years.

President Barack Obama will become the first sitting U.S. president in almost 90 years to visit Cuba when he and first lady Michelle Obama travel there next month.
The White House Thursday confirmed the visit, which is scheduled for March 21-22. Calvin Coolidge, in 1928, was the last sitting president to visit Cuba.
“In Cuba, the President will work to build on the progress we have made toward normalization of relations with Cuba – advancing commercial and people-to-people ties that can improve the well-being of the Cuban people, and expressing our support for human rights,” press secretary Josh Earnest said in a statement disclosing the trip.
Obama’s visit will also include a bilateral meeting with Raul Castro, the president of Cubawho came into power in 2008. Obama moved to re-establish diplomatic relations between Cuba and the U.S. in December 2014.

NOTICE THE DATES OF THE VISIT ABOVE!!!

The number 322 is actually the number for March 22nd. The first day of Aries, also called Mars.
The great alchemist Fulcanelli was a member of a secret society in Europe. He tells us of a secret elite that rule the world. In his obscure book Mystery of the Cathedrals he tells us that there is a secret science called alchemy that only the elites understand. He also tells us that all alchemy begins in Aries (Mars).
For some reason these secret societies are fixated on March 22nd. Perhaps this is because of a special relationship between these secret societies and the planet Mars.

The Georgia Guidestones were christened on March 22 1980. The first commandment on the stones was a pledge to keep the world’s population under 500,000 people.
March 22nd 2010 (Universal Time) is also the day that Health Care finally passed in the United States. (Universal Time is Greenwich Mean Time. This is the ‘time’ that the Illuminati use.)
3-22, or March 22nd, is also the sacred number to Skull and Bones, the secret society from Yale that produces the leaders of the United States and the world. When Tim Russert asked President George W. Bush what the Skull and Bones special number – 322 ­ signified Bush replied that this was a secret. Senator John Kerry, who ran against Bush in 2004, is also a member of this ultra-secret society. He also refused to tell us what the number 322 meant to Skull and Bones.

March is the only month of the year that is named after a specific planet in the solar system. It is also the first day of spring as well as the first day in the zodiacal sign of Aries, which is the Greek word for Mars, and it is where ‘March’ gets its name.
BOTH ARES AND MARS WERE GODS OF WAR, FOR THE GREEKS AND ROMANS.
ALSO, THE IDES OF MARCH AND THE KILLING OF CESAR IN 44BC. NOTE THE NUMBER 44!!!

When eleven is multiplied by the perfect number 3, the number 33 is produced, a number of tremendous occult importance. In 1933, Adolf Hitler and President Franklin Roosevelt came to power. Both these men were committed to the establishment of the New World Order, and their actions impacted humanity greatly. It was also in 1933 that the First Humanist Manifesto was issued. Do you see how Satan manipulated world history to produce three New World Order events in 1933? Thus, a powerful 333 served as a framework for world events in that year.

An Occult signature to current events
President John F. Kennedy was assassinated on November 22, 1963, in a public square which had been home to a Masonic Lodge and which has an obelisk in its center. November is Month #11 and the day of the murder was the 22nd. Numbers 11 and 22 are sacred primary occult numbers. President Ronald Reagan was nearly assassinated on March 30, 1981, at 3:30p.m. March is the third month (first 3), and 3:30p.m. provides the other two three’s (33), producing a 333. Reagan was not the New World Order candidate; George Bush was their candidate. Had Reagan been killed, Bush would have assumed the Presidency at the planned moment in history. As it was, Reagan’s policies continually turned to the center and then the left, until he was clearly enabling the New World Order to proceed full-speed ahead.

The illegal war in Iraq started on March 20 2005, and the War in Libya started one day beforeMarch 20 2011, during the SuperMoon on March 19 at hour 2100 under the authority of General Carter Ham, the Combatant Commander of the United States Africa Command (AFRICOM) called Operation Odyssey Dawn.


THE US AND WAR
CONECTION TO MARCH

Timeline of March Military Interventions (1965- 2011)
Recent history confirms that with the exception of Afghanistan (October 2001), all major US-NATO led military operations over a period of almost half a century –since the invasion of Vietnam by US ground forces on March 8, 1965– have been initiated in the month of March.
The Vietnam War
The US Congress adopted the Gulf of Tonkin Resolution, which authorized President Lyndon Johnson to dispatch ground forces to Vietnam on March 8, 1965.
On 8 March 1965, 3,500 U.S. Marines were dispatched to South Vietnam marking the beginning of “America’s ground war”.
NATO’s War on Yugoslavia
NATO’s war on Yugoslavia was launched on March 24, 1999.
The NATO bombing of Yugoslavia code-named by the US Operation “Noble Anvil”. started on March 24, 1999 and lasted until June 10, 1999.
The Iraq War
The War on Iraq was launched on March 20, 2003. (Baghdad time)
The US-NATO led invasion of Iraq started on 20 March 2003 on the pretext that Iraq possessed Weapons of Mass Destruction (WMD).
(The 1991 Gulf War on Iraq began on 17th January. However, after the 28th February ceasefire was agreed and signed – following the Basra Road massacre of withdrawing soldiers and fleeing civilians on 26th/27th February – the US 24th Mechanised Infantry Division slaughtered thousands on 2nd March.“)
The Covert War on Syria
The US-NATO Covert War on Syria was initiated on March 15, 2011 with the incursion of Islamist mercenaries and death squads in the southern city of Daraa on the border with Jordan. The terrorists were involved in acts of arson as well as the killings of civilians. This incursion of terrorists was from the very outset supported covertly by the US, NATO and its Persian Gulf allies: Saudi Arabia and Qatar.
NATO’s “Humanitarian” R2P War on Libya
NATO commenced its bombing of Libya on March 19, 2011.  The United Nations Security Council passed an initial resolution on 26 February 2011 (UNSC Resolution 1970), (adopted unanimously).
A subsequent United Nations Security Council Resolution 1973 was adopted on 17 March 2011. It authorized the establishment of “a no-fly zone” over Libya, and the use “all necessary measures” “to protect the lives of civilians”.
Libya was bombed relentlessly by NATO warplanes starting on March 19, 2011 for a period of approximately seven months.
The US and its NATO allies, not to mention Israel, are on a war footing.

THE ABOVE WAS GATHERED FROM SEVERAL DIFFERENT SITES REGARDING MARCH DATES, SPECIFICALLY MARCH 21-22, SEEING HOW THE SKULL AND BONES SECRET SOCIETY — USES THE 322.
THIS NUMBER ALSO APPEARS IN MANY MOVIES AND TV SHOWS, WHICH IS WHY WHEN I FIRST HEARD THAT OBAMA WAS HEADED TO CUBA ON THESE TWO DATES, RED FLAGS BEGAN WAVING FOR ME.
FIRST OFF, IF YOU LOOK CAREFULLY AT ALL OF THE NUMBERS INVOLVED IN THIS TRIP, THEY ALL SEEM TO POINT TO AN ILLUMINATI CONNECTION.
FIRST OF THE DATE, 3 21 AND 3 22. OBAMA IS NUMBER 44 AND IT HAS BEEN 88 YEARS SINCE THE LAST SITTING U.S. PRESIDENT VISITED THERE. NOTE HOW 44 X 2 IS 88!!!
BOTH OF THESE NUMBERS ARE ALL MULTIPLES OF 11!
ALSO 3 X 22 IS 66, ANOTHER MULTIPLE OF 11!
IT SEEMS VERY STRANGE TO ME HOW NOT ONLY THIS TRIP WAS ANNOUNCED SO UNEXPECTEDLY, BUT HOW FOR SO MANY YEARS THE U.S. HAS BEEN VERY HOSTILE TOWARDS CUBA, AND IN JUST THE PAST FEW MONTHS NOW YOU HAVE OBAMA VISITING HAVANA!
IT ALL SEEMS VERY STRANGE TO ME.
ALSO, NOTE THAT THAT IN MY PAST FEW BLOGS I ADDRESS THE FACT THAT TURKEY AND SYRIA SEEM TO BE WAITING FOR A MAJOR FALSE FLAG IN ORDER TO BE GIVEN THE GREEN LIGHT BY THE U.S. TO ENTER SYRIA.
LAST AUGUST, I ALSO POSTED TWO POSTINGS SHOWING HOW TRUMP AND CLINTON WERE BOTH RELATED TO KING EDWARD THE IV OF ENGLAND AND I WROTE ABOUT HOW THESE TWO PUPPETS WOULD BE THE ILLUMINATI CANDIDATES BECA– USE THAT IS THE MATCH UP THE ILLUMINATI WANTED.
FAST FORWARD TO TODAY, AND THAT IS EXACTLY WHERE WE STAND.
BUT TRUMP IS THE MAN THAT HAS BEEN SELECTED FOR THE JOB, AND IN MY LATEST BOOK, I INCLUDE A CHAPTER WHERE I ADDRESS HOW TRUMP WAS BEING SET UP TO WIN BY THE ILLUMINATI!

DONALD TRUMP: “If and when the Vatican is attacked by ISIS, which, as everyone knows, is ISIS’ ultimate trophy, I can promise you that the pope would have only wished and prayed that Donald Trump would have been president, because…
(CHEERING AND APPLA– USE)
It’s true. It’s true, because this would not have happened. ISIS would have been eradicated, unlike what is happening now with our all-talk, no-action politicians.”
http://www.pbs.org/newshour/bb/trump-pope-francis-will-wish-im-president-when-isis-attacks-vatican/

SO NOT ONLY IS TRUMP REFERENCING A PAST FALSE FLAG, BUT HE IS ALREADY ALLUDING TO A FUTURE ONE!!! HE SAID, “IF AND WHEN, THE VATICAN IS ATTACKED BY ISIS.”
LET US REMEMBER JUST WHO IT IS THAT THESE TERRORISTS ARE AND WHO SUPPORTS AND HAS BEEN FOR THE PAST 3 YEARS!
TRUMP SEEMS TO BE GETTING INSIDE INFORMATION ON JUST WHAT THE COMING FALSE FLAGS ARE AND WHO THE TARGETS WILL BE AS WELL.
MAY GOD HAVE MERCY ON US ALL.
CONTINUE TO PRAY AT ALL TIMES AND PLEASE PRAY THE ROSARY!