Why Pentagon falsified reports about military successes in fight against ISIS? 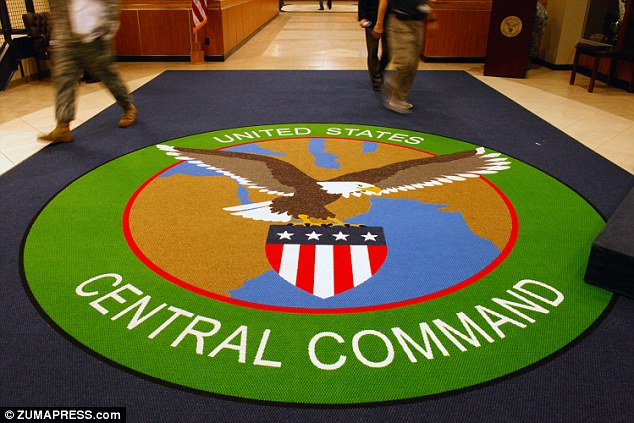 Why Pentagon falsified reports about military successes in fight against ISIS?

December 11, 2015 Republicans from the House of representatives of the U.S. Congress announced the creation of a special task team that will investigate the facts of distortion of data about the operations of the coalition in Iraq and Syria. The group will be to identify falsification in the reports, as well as figure out whether the problem is systemic in nature. The decision to create special group was adopted in November after more than fifty analysts of CENTCOM complained that their reports on the results of operations of the coalition against ISIS have been reduced in order to present the situation more positively.

Despite the fact that the preliminary results of the investigation must bе submitted only in January, Rep Jackie Speier has confirmed that the falsifications which underestimate combat capabilities of ISIS took place indeed. As one of such examples is the May statement of General Thomas Weidle, which said ISIS “loses and remains in the defense”. However, immediately after his speech, terrorists has captured the Central quarter of Ramadi, the administrative center of Anbar province. If American leadership possessed a clear picture of what is happening, it could take emergency measures and even prevent the ingress of arms, military equipment and ammunition to the hands of militants. The value of US arms and military equipment captured by jihadists equals hundreds of million dollars.

Indeed questions about whether we can trust the CENTCOM generals had to appear in October last year when ISIS captured supplies which US Air Force were supposed to delivered to Kurdish militia in besieged Kobani. According to the military press-release, in order to avoid capturing one of the caches which was blown by the wind from the place of destination, the military container was destroyed by the air strike. The rest of caches were successfully delivered. However, Pentagon spokesman Steve Warren reported that the two containers were lost on the route and only one cache was destroyed.

Moreover the military representatives thwart one another talking about the diversion of weapons into the hands of terrorists, they are confused about the total number of dropped containers for Kobani defenders (Warren reported about 28 containers, whereas previously said only 6).

In addition, the soothing assurances that the container captured by ISIS won’t give any advantage to the enemy are not convincing. Pentagon reported that only 80% of water and food which were transported by air for religious minorities in northern Iraq were successfully delivered. And as we see the Kobani example shows that even the use of GPS-guided parachutes can’t be insured. So, how many weapon American taxpayers gave to jihadists?

“Carefully selected” participants of the CIA program on training “moderate” opposition who easily join the jihadists tell us about the lack of awareness or even falsity of the American military leadership. Thus in September 2015 almost immediately after arriving from training camps to Syria “Division 30” has transferred all their equipment, arms and ammunition to Jabhat al Nusra. Unfortunately that was not the first time. Once again the unit commander told about the shortage of instructors and the lack of supply during the preparation of the CIA program. But it was allocated about $500 million for these purposes! What the money was spent on? To buy weapons for terrorists!

During the discussion of 2016 budget, almost every article in the mainstream media avoided the issue connected with the effectiveness and practicability of training “moderate” opposition in order to fight ISIS to the issue of what are the results of this opposition efforts against Assad. Are these things of equal value?

We hope that the special group of the House of Representatives will identify not only the scale of the fraud reports about the results of the coalition activity against terrorism, but also those persons who are responsible for these misconducts, as well as their motives. The international community wants to know who exactly Pentagon supplies with weapons and what installations it bombs.