The head of the ECB “shadow council” confirms that eurozone is a financial dictatorship! 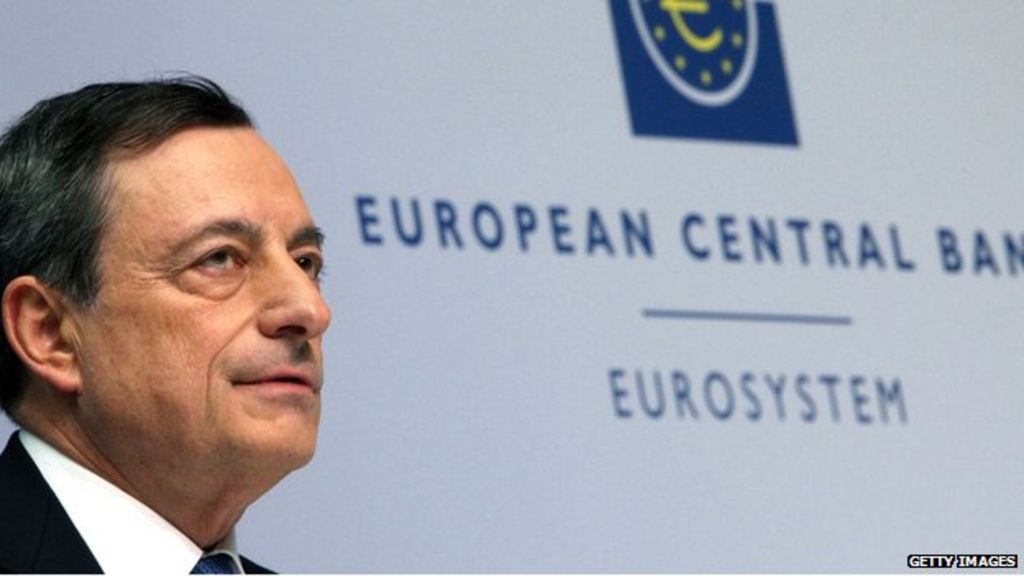 The head of the ECB “shadow council” confirms that eurozone is a financial dictatorship!

–
In November, 2002, two of the most significant flagships of the financial press, the German Handelsblatt and the American Wall Street Journal, had a brilliant idea: we will create, they said, a “shadow council”, consisted of some of the most important academic economists, but also economists from the private sector. The council will conduct monthly meetings prior to the ECB board of directors, for the purpose to suggest whether the base interest rate should be increased, reduced, or, remain stable.

Despite the fact that this council has no institutional characteristics, its existence as a consulting tool was planned by the Maastricht Treaty. Soon, it was transformed into an informal “institution”, the decisions of which are reaching the headquarters of the ECB in Frankfurt.

Essentially, the target of this shadow council, as was mentioned sometime by Wall Street Journal, was to build a bridge for the big gap between the British central bank and the German Bundesbank.

From the first day, Handelsblatt’s Norbert Häring, has been set the president and coordinator of the council. He participates in every meeting, without the right of voting. When I met him a few days ago in Brussels for the filming of the documentary This is not a coup, I was prepared to face another passionate supporter of the European institutions. Speaking at phone, however, he warned me that his view does not express the decisions of the shadow council. But there was nothing that could prepare me for the “bombs” he would attempt to plant at the euro-system foundations.

At the start of the interview, he told me that “It is scandalous the fact that a central banker, like Stournaras, can state publicly that he had blocked the attempt of the [Greek] government to create a parallel currency, without ending in prison.” He also said that “This time, we don’t have a silent coup”, like in the case of Cyprus, Italy, or, Ireland, “but a real coup that violates the responsibilities of the central bank and interferes to the political life of a country.”

According to Häring, the ECB has been transformed now into a powerful player who speaks directly with the biggest banks of the planet without being controlled neither by the institutional tools of the EU. He explains to me that “The so-called independence of the ECB and of national banks is iconic. The fact that the elected governments are not able to affect ECB’s decisions means that the influence of other players increases. I refer of course to the big financial institutions. ECB always lies on the side of the big banks.”

According to Häring, ECB is able now to decide whether will sustain a government in power, or, will let this government collapse under the pressure of the markets – and that’s exactly what happened with Berlusconi administration in Italy.

He says that “The national central banks consist part of the ECB system and have a terrifying ability to blackmail governments.” Through the exchange of big bond packages, they provoke big interest rate fluctuations, forcing governments to give them anything they want in return. At the same time, “they continuously give information to the ECB, through which it can blackmail the governments.”

Häring’s words appear to verify those who were considering the central banker as the “fifth column” of the ECB. The question now is whether there were indeed some people who believed that a government would be in position to exercise independent policy next to an “independent” central bank.

Key part from the article by Aris Chatzistefanou under the title “Stournaras should be in prison” translated from the original source:

http://www.efsyn.gr/arthro/o-stoyrnaras-tha-eprepe-na-einai-fylaki
–
With this confession, the term European Financial Dictatorship (EFD), that is used by this blog to refer to the eurozone, is absolutely confirmed and justified.
___
Related:
Official: Draghi confirms the colonial mechanism of the euro-dictatorship
ECB’s economic hitmen
The Secret Bank Bailout
Αlea jacta est by the “emperor” Draghi
Draghi blackmails Greeks
___
http://failedevolution.blogspot.com/2016/01/the-head-of-ecb-shadow-council-confirms.html