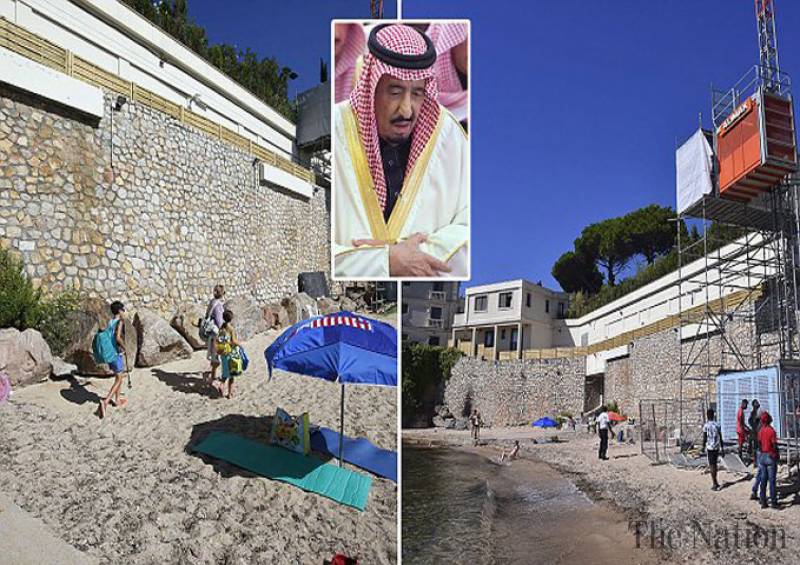 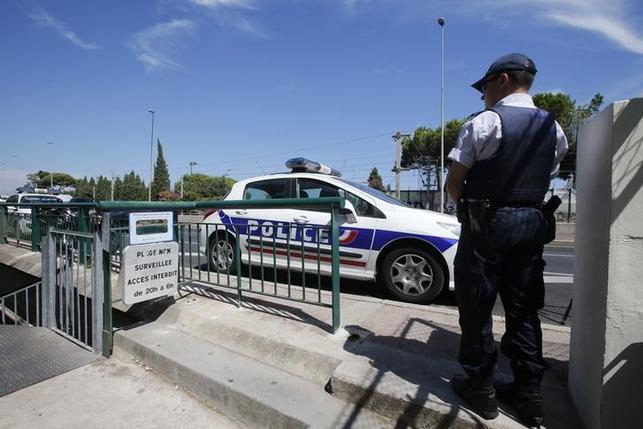 A French policeman secures the closed stairway which descends to a tunnel which gives access to the beach called ‘La Mirandole’ and is located below the seafront villa owned by the king of Saudi Arabia in Vallauris Golfe-Juan, France, July 25, 2015. REUTERS/JEAN-PAUL PELISSIER

Saudi Arabian King Salman left the south of France for Morocco on Sunday, cutting short a planned three-week stay after a petition from some 150,000 residents over the closure of a public beach outside his villa.

A Saudi source said King Salman had arrived in Morocco, saying this was part of his holiday program and had nothing to do with the media coverage that his visit had attracted.

Philippe Castanet, a local French government official, added that about half of the king’s 1,000-person entourage had left along with him. He did not specify a reason for the departures nor if the monarch planned to return to France.

The planned three-week visit by the new king and his inner circle at the family’s seafront villa in Vallauris, where U.S. actress Rita Hayworth celebrated her wedding to Prince Aly Khan of Pakistan in 1949, was expected to be a boon for the local economy.

But the closure of the public beach for privacy and security reasons stirred up a local storm. The king’s installation of an elevator from the beach to the villa, approved for temporary use by local government, also provoked anger among some residents who objected to allowing him this privilege.

Castanet said that the elevator would be removed in the coming weeks.

The Saudi source said King Salman’s presence in France had been coordinated with French authorities and strictly followed their procedures and arrangements for high-security visitors.

The source said the king respected the French people and hoped his schedule next year would permit a visit to nearby Cannes, where the famous film festival is held annually.

France has been nurturing new links with Saudi Arabia and other Gulf Arab countries over the last three years due to its tough stance on Iran and similar positions on conflicts across the Middle East. It is beginning to see commercial rewards in terms of contracts for companies in the energy and defense sectors.