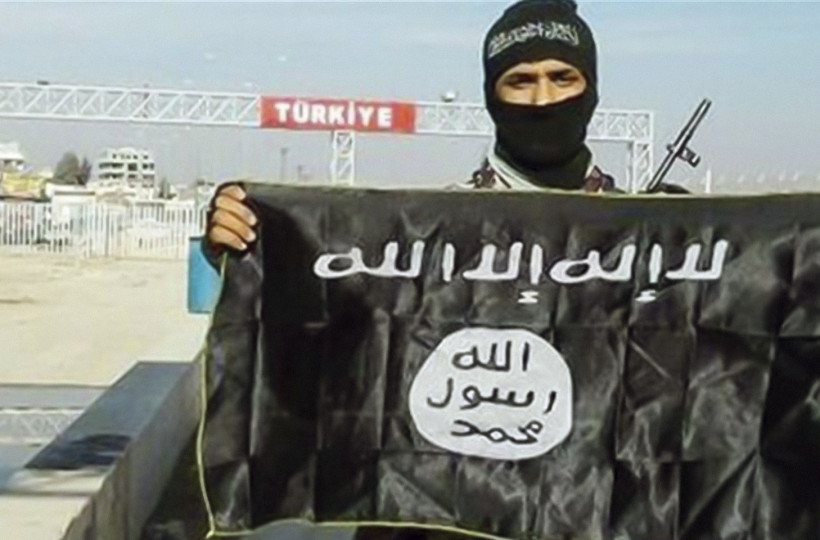 Back in November, before the flames were even extinguished on the Su-24 Ankara shot down near the Syrian border, Vladimir Putin made a startling assertion.

Turkey, he said, is funding ISIS.

The startling part about Putin’s contention wasn’t that Turkey effectively functions as a state sponsor of terror. We already knew that. Rather, the surprising part was that a world leader was prepared to cast aside all diplomatic decorum and openly accuse a democratic country of aiding and abetting the group that the world at large knows as the greatest scourge to humanity since the Reich.

Of course Putin was provoked and under the circumstances, one might reasonably have expected him to react even more angrily than he did. After all, Turkey had just shot down a Russian warplane in what marked the first instance of a NATO member engaging a Soviet or Russian aircraft in more than a half century.

But rather than respond militarily, Putin decided to simply expose Recep Tayyip Erdogan’s Turkey for what it is: a dictatorship that funds terrorism while masquerading as a democracy and enjoying the perks of NATO membership.

In the days and weeks that followed, Moscow embarked on a truly epic PR campaign involving reels of footage depicting what The Kremlin said were ISIS oil trucks barreling across the Turkish border seemingly unimpeded. Deputy Minister of Defence Anatoly Antonov even went so far as to mock Erdogan’s “brilliant family [oil] business”, a nod to reports that suggest the Turkish President may be knowingly involved with the ISIS crude trade.

Turkey sought to downplay the accusations by suggesting that no one took Putin seriously, but little by little, the world began to question whether it is in fact Ankara that acts as Islamic State’s greatest regional benefactor.

In a testament to the fact that the world is waking up to the stunning reality that a NATO member may be Islamic State’s de facto finance arm, Israeli defense minister Moshe Yaalon today accused Turkey of backing the terrorists in a series of surprisingly candid statements to reporters in Athens where Yaalon was meeting his Greek counterpart Panos Kammenos.

(Yaalon and Kammenos on Tuesday)

“As you know, Daesh (Islamic State) enjoyed Turkish money for oil for a very, very long period of time. I hope that it will be ended,” Yaalon said.

“It’s up to Turkey, the Turkish government, the Turkish leadership, to decide whether they want to be part of any kind of cooperation to fight terrorism. This is not the case so far.”

No, it’s not the case so far, unless you count Erdogan’s absurdly transparent attempt to eradicate the Kurds in Turkey by waging a war of attrition against the PKK.

As Reuters dryly notes, Yaalon’s “assertion could hinder attempts to mend fences between Israel and Turkey after years of estrangement.” Yes, it very well could and you can bet it will prompt a decidedly indignant response from what’s sure to be a furious Erodgan.

Now we’ll just hold our breath for Washington to follow suit and admit that America’s “ally” in Ankara is the reason ISIS stays in business.