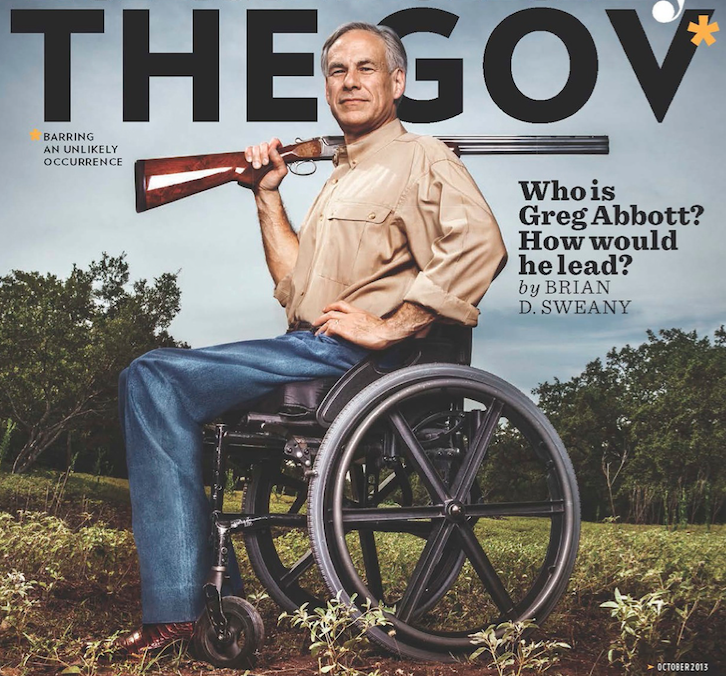 On New Year’s Day, Texas Governor Greg Abbott had a strong message for President Obama regarding his upcoming plan to unilaterally enact gun control legislation: “Come and take it.”
http://twitter.com/GregAbbott_TX/status/682996849981046784/photo/1?ref_src=twsrc%5Etfw
The Republican governor’s statement comes amid announcements the Obama administration will act later this month to impose stricter rules on the selling and purchase of firearms.The president will meet with Attorney General Loretta Lynch Monday to discuss what actions can be taken to circumvent the Second Amendment without congressional authorization, the Washington Postreports.
The new rules will reportedly seek to require private sellers to conduct background checks, as well as prevent people on the no-fly list from being able to purchase firearms.Meanwhile, Governor Abbott has made a strong show of support for Texans’ Second Amendment rights.

The phrase “come and take it” was emblazoned on a flag flown by Texian forces during the Texas Revolution, chiefly at the battle of Gonzales, where Texian rebels revolted against the Mexican army and challenged them to retrieve a cannon loaned to them for protection.—
http://www.infowars.com/texas-governor-challenges-obama-on-gun-control-come-and-take-it/
“Obama wants to impose more gun control,” Abbott tweeted Friday. “My response? COME & TAKE IT.”