Whistleblower Exposes How Obama and Clinton Created and Funded ISIS 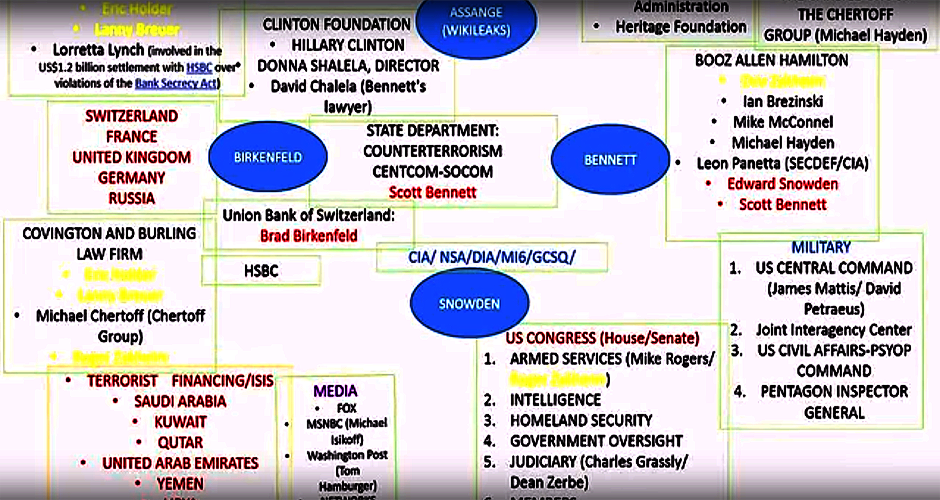 Whistleblower Exposes How Obama and Clinton Created and Funded ISIS

Treason in the White House

As the whole world now knows, Russia has been working overtime in exposing the utter treachery that the Obama Administration has been perpetrating against the American people as well as the nations of Syria, Iraq, Libya, etc.  Through their unrelenting military intervention, Russia has exposed the sham of U.S. war policy against ISIS, Al-Nusra, and all the other terrorists organizations which constitute the Islamic State.

Much more importantly, President Putin’s dramatic moves in the Mideast theater of war have created an opening for whistleblowers throughout the U.S. Federal Government to come forward with their stories of treason, which they have witnessed firsthand at the highest levels of the Executive Branch. Perhaps the biggest of these truly conspiratorial plots is the one that clearly delineates how key members of the Obama Administration were directly involved in the creation and funding of ISIS.  Both President Barack Obama and Secretary of State Hillary Clinton are undeniably implicated in those various plots.

The back story of this perfidious scheme has been well researched and documented by a real whistleblower patriot—Scott Bennett.  His narrative has been released in the form of a book: Shell Game: A Whistleblowing Report.  Here is the book description that appears on Amazon.com.

“A MILITARY WHISTLEBLOWING REPORT TO CONGRESS EXPOSING THE BETRAYAL AND COVER-UP BY THE U.S. GOVERNMENT OF THE UNION BANK OF SWITZERLAND-TERRORIST THREAT FINANCE CONNECTION TO EDWARD SNOWDEN’S REPORT ON THE NATIONAL SECURITY AGENCY, CENTRAL INTELLIGENCE AGENCY, BOOZ ALLEN HAMILTON AND U.S. CENTRAL COMMAND.”

It sounds like a pretty big story, doesn’t it?  It’s actually considerably bigger than this and ought to completely bring down the treasonous Obama Administration, once and for all. When the U.S. Government gets directly involved in the same business as ISIL, something is very wrong indeed.  When the Daesh actually become their business partners, it’s high time to reveal the whole sordid affair for the entire world to see … and to understand just what Obama & Company have been manufacturing at their black operation sites throughout the Middle East.

As for the credibility and authority of Scott Bennett to speak and write on these weighty matters of national security and high treason.  As follows:

Scott Bennett is a U.S. Army Special Operations Officer (11th Psychological Operations Battalion, Civil Affairs-Psychological Operations Command), and a global psychological warfare-counterterrorism analyst, formerly with defense contractor Booz Allen Hamilton. He received a Direct Commission as an Officer, held a Top Secret/Sensitive Compartmentalized Information (TS/SCI) security clearance, and worked in the highest levels of international counterterrorism in Washington DC and MacDill Air Force Base in Tampa, Florida. He has worked at U.S. Special Operations Command, U.S. Central Command, the State Department Coordinator for Counterterrorism, and other government agencies.  He served in the G.W. Bush Administration from 2003 to 2008, and was a Social Science Research Fellow at the Heritage Foundation.
(Source: LinkedIn)

For these and many other reasons the following video is as important as any on the Internet today.  Were the American people to be treated to Bennett’s shocking exposé on prime time TV, Obama would be impeached and indicted forthwith along with many of his czars and cabinet level appointees.

Candidate Clinton would likewise be disqualified from running for ANY office in the land. Madam ex-Secretary would also be facing multiple criminal indictments for her treasonous and felonious conduct which led to the illegal wars of unprovoked aggression in both Libya and Syria.

If ever there was a video that is truly radioactive, this one is it.

For other stories related to this ongoing war crime of the millennium, please see the following articles and essays.

Treason in the White House, Insurrection at the Pentagon

Syrian War: How The USA & Company Manufactured And Sustained A Brutal War Of Naked Aggression

—
Published by The Millennium Report at:
http://themillenniumreport.com/2015/12/whistleblower-exposes-how-obama-and-clinton-created-and-funded-isis/